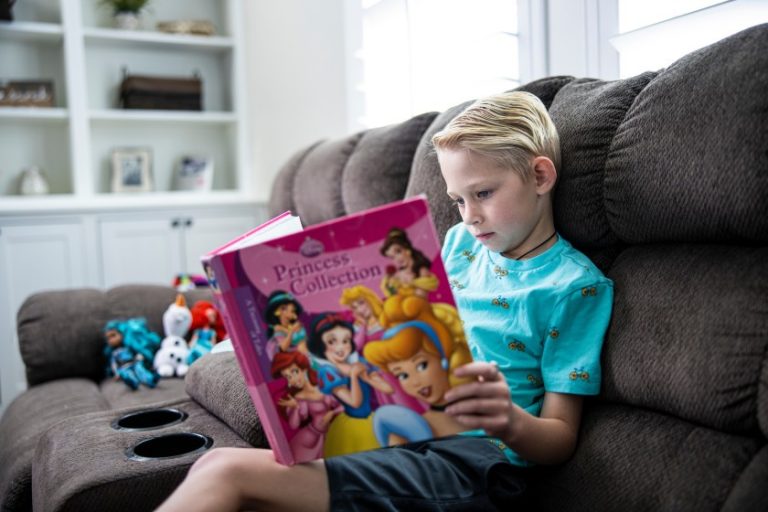 In the longest study to date on the impact of princess media on consumers, new research from BYU professor Sarah Coyne found that children who engaged with princess culture were more likely to later hold progressive views about women and subscribe less to attitudes of toxic masculinity.

“As a developmental psychologist, I’m interested in looking at things over time,” said Coyne. “What’s fascinating is that princess culture has some really deep and beautiful things about womanhood and relationships. If we can grasp onto that, it can be truly healing for humanity.”

Coyne is no stranger to princess research. In a widely publicized study from 2016, she found that princess culture magnified stereotypes in preschool-aged girls. As years went by, Coyne continued her analysis and stayed in touch with participants as they reached their early teen years. The results of this new study, published in the journal Child Development, indicate that engagement with princess culture results in a positive impact on child development over time.

The research, which surveyed over 300 children and their parents first in their preschool years and five years later, found that higher engagement with princess culture during the preschool years resulted in more progressive attitudes about women in early adolescence.

“Princess culture gives women key storylines where they’re the protagonist. They’re following their dreams, helping those around them, and becoming individuals who aren’t prescribed a role because of their gender,” said Coyne, citing recent princesses such as Moana and Elsa who represent a new wave of Disney princesses.

Furthermore, girls who had high princess culture engagement during their early years were more likely to view educational opportunities, relationships, and careers as being equally important for women and men.

“It tells both boys and girls that they can be all sorts of different things,” said Coyne. “They’re not supposed to be just one thing, which can be powerful.”

Participants who had a high engagement with princess culture were also less likely to adopt attitudes of toxic masculinity – strict adherence to gender roles that support cultural norms favoring dominance by men – and were more supportive of allowing individuals to feel and show emotion.

“Boys who are exposed to princess culture earlier in life tend to do a better job expressing emotion in their relationships,” said Coyne. “Rather than shutting down their feelings or feeling like they should fight someone who challenges them, they can express their emotions in non-violent ways.”

Princess culture was also associated with developing a positive body image over time. Coyne noted that this was somewhat surprising given the frequent criticism Disney has taken over the body shape of princesses.

Coyne admits that while Disney princesses may be a force for good in modeling fair attitudes between men and women and influencing children to avoid toxic masculinity, parents should help their children understand the deeper lessons princesses offer by honing in on their true character.

“Focus on the humanity behind each princess, not just their appearance,” she said. “Princesses like Moana are full of depth, passion, and goodness. The story isn’t about how she looks, it’s about following your dreams and finding who you are. Parents can take these interpersonal qualities and help their kids grow. We can show them that princesses offer a wide amount of depth beyond appearance.”

Definitions would have been helpful: "Princess Culture" = the "Disney-style" princess characters - more recently showing greater self-efficacy (e.g., Mulan, Moana, etc.). "Toxic Masculinity" = strict presumptions of male dominance in relationships, as opposed to shared and complementary roles. With these in mind, the author (Coyne) elsewhere advised parents to use the princess characters as teaching tools, to “focus on the humanity behind each princess, not just their appearance." Seems important and meaningful.

Agree, agree, agree with the COMMENTS, not the article. Good grief, BYU.