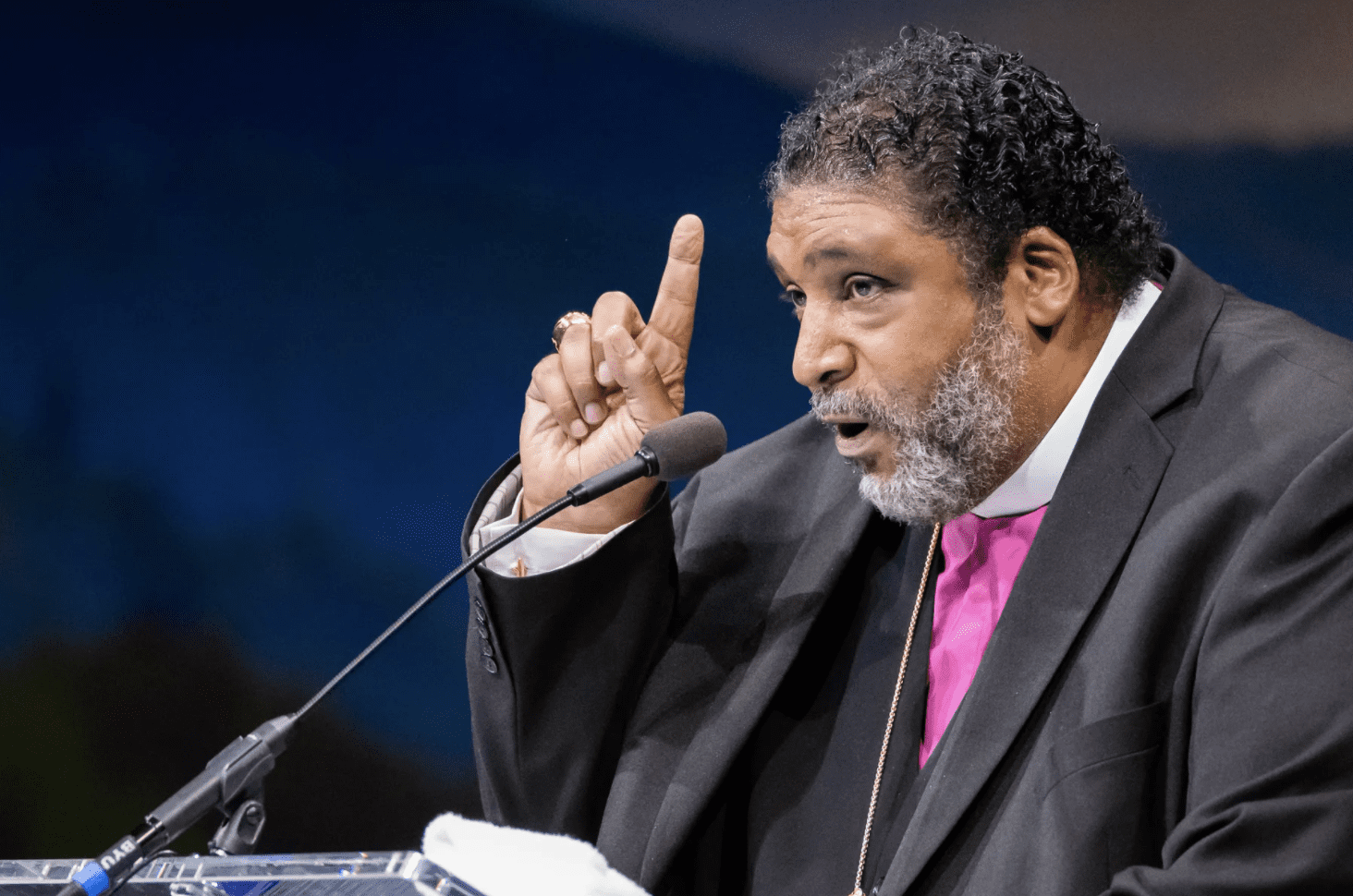 It’s not often the speaker at an official campus forum at Brigham Young University is someone who has been arrested at least three times in the past five months.

The Rev. Dr. William Barber II is having quite a year, beginning with his sermon at President Joe Biden’s inaugural prayer service in January to speaking at the Vatican in October to creating national news two weeks ago at the trial over Ahmaud Arbery’s murder. The time in between has been peppered with marches, demonstrations and those arrests, taking him from Texas to Arizona and Washington, D.C.

On Tuesday it brought him to the stage in the middle of BYU’s Marriott Center, where he called himself a country preacher who “stopped by” the university to say America needs to follow God and to ask students to become moral defibrillators to shock the nation into action to help the poor.

At the end of his speech, he tossed aside the binder holding his talk and, as it spun and flopped to the floor, he leaned on his cane, threw back his shoulders and shouted for a moral revolution in America.

“Let’s put all our energy together,” he began his conclusion, building toward the crescendo. “Let’s have a moral march on Washington. Let’s believe in the beloved community. Let’s refuse to give up on this democracy. Do I feel a pulse in here? Is there any energy in here? Let’s get together. I feel the power of the Holy Ghost, and I know that when we get together to do love and do justice, what a day.

Most of the 1,824 BYU students, faculty and staff who attended, according to an estimate by Marriott Center officials, responded with a robust standing ovation.