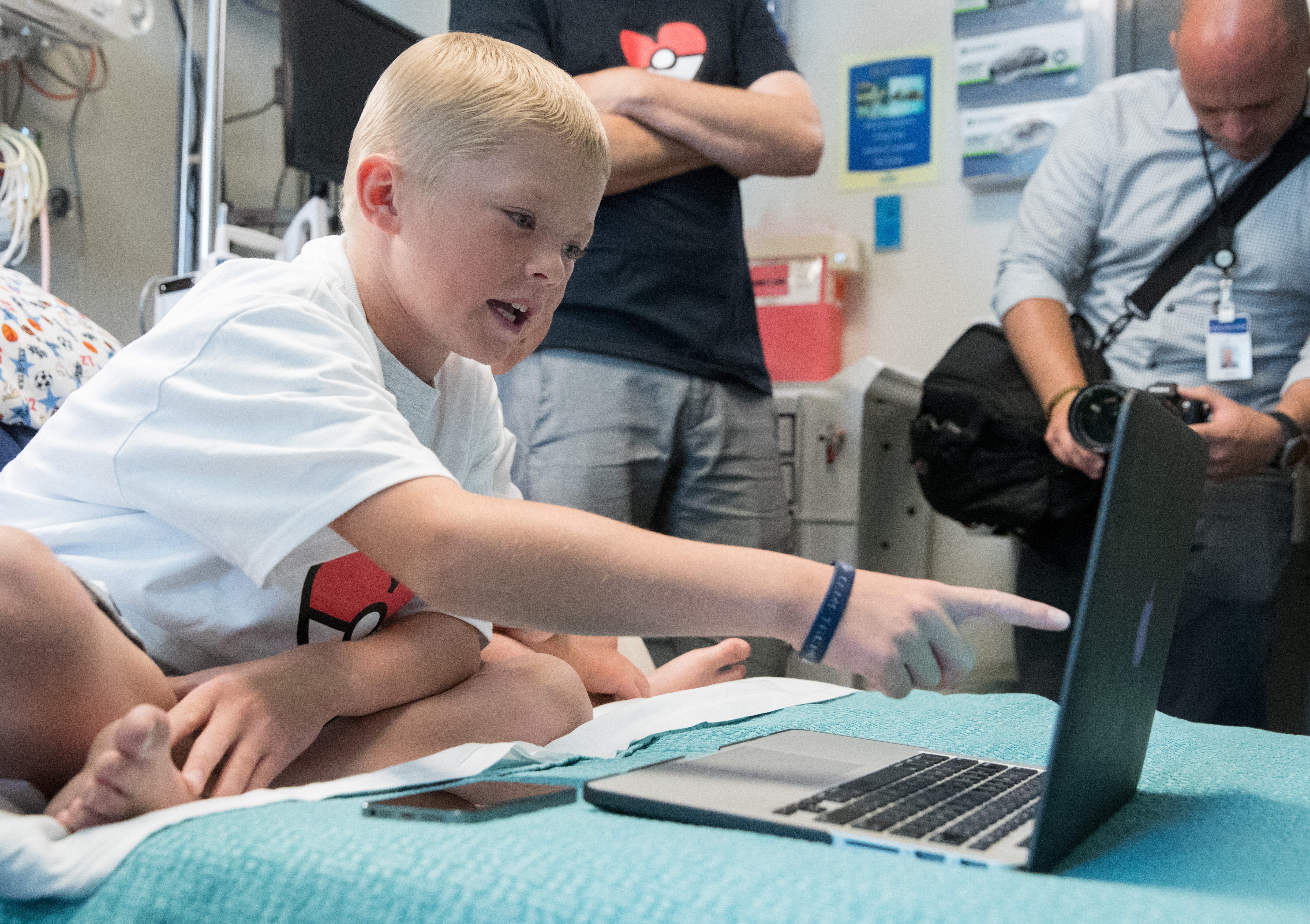 The following was written by Natalie Tripp for BYU news.

When Pokémon GO exploded in mid-July, news articles and social media posts appeared encouraging players to drop “lure modules” that attract pokémon at local hospitals. By dropping these modules, children confined to the building could have a chance at catching something.

Though well-intentioned, these good deeds resulted in problems for hospitals nationwideas the lures attracted outside players who would trespass onto helipads, invade the privacy of recovering patients, or otherwise impede the hospital’s ability to function. Many hospital systems have since outlawedPokémon GO on their campuses.

For 9-year-old Cameron Talbot, Pokémon GO was just one more thing he couldn’t participate in. Cameron is a cancer patient at Primary Children’s Hospital and leaving the hospital in search of elusive pokémon isn’t an option.

But students from the BYU AdLab have developed a solution to the ban on Pokémon GO—they have designed an experiential platform that enables sick or disadvantaged children to play Pokémon GO with the help of a volunteer who acts as the child’s feet.

They’ve named the platform “Go for Good” and partnered with Primary Children’s Hospital to bring the game to the bedside of hospital-bound kids.

Here’s how it works: Using screen-sharing technology, Go for Good puts the experience of exploring the city or neighborhood while looking for Pokémon in the lap of kids who can’t chase them on their own. Patients simply log on to the Go For Good site on a laptop, schedule a proxy player and interact with that player through voice and video commands to play the game.

The volunteer player can travel to Pokémon GO hotspots that would otherwise be inaccessible for hospitalized kids. The player and the volunteer don’t even have to be in the same city.

“So many of our patients want nothing more than to get outside, be active and do the things other kids their age are doing,” says Katy Welkie, CEO of Primary Children’s Hospital. “This partnership with the BYU AdLab and Go for Good will allow our patients to feel normal again, to interact with something fun and exciting and to spend some time doing something that’s not related to their health or medical condition.”

For Cameron, it means working with his older brother Dillon and sending him out to “catch ‘em all.”

By the numbers, Pokémon GO has soared to the top of popular mobile media lists.

It was this surge of cultural relevance that spurred the AdLab into action. Jeff Sheets, faculty advisor to the AdLab, said he aims to teach students to creatively solve problems in advertising.

“As this took off, I wanted to help the students look at what was happening right now and leverage the moment to communicate something important and meaningful,” Sheets said. “We started to think about the most deserving children who should be able to play this game but aren’t able to because of some kind of health challenge. It resulted in this public service to vicariously play the game with those who wouldn’t be able to otherwise.”

The AdLab is currently working to make Go For Good available to additional hospitals. For more information, visit https://igoforgood.com/

Thank you all so much for thinking of the children. I am really touched by your efforts. Looks like a great way for family members to feel they are helping those who are ill.I am 78 and don't have a clue what the game is about, but it must be fun.Keep up the good work.