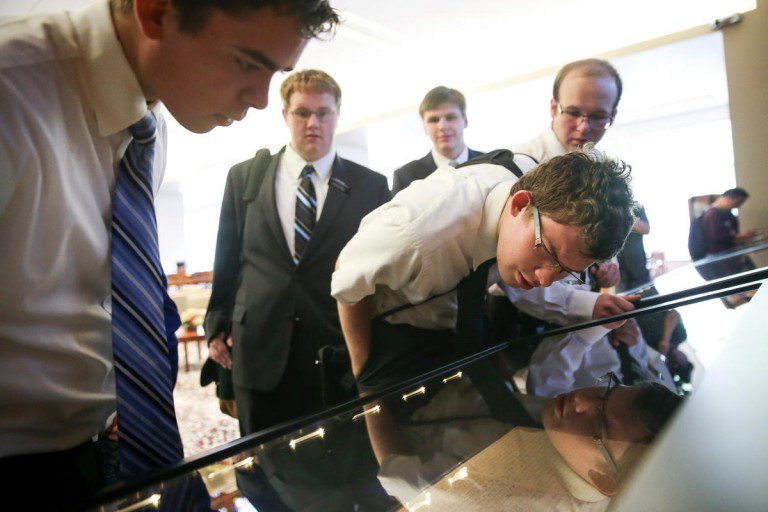 This is reported from the Deseret News.

SALT LAKE CITY — The printer’s manuscript of the Book of Mormon was on display in Utah for the first time in history Thursday, and people lined up at the LDS Church History Library to see it.

Meanwhile, historians hailed the role of what is the earliest complete manuscript of the Book of Mormon in both American history and the Mormon faith after the Community of Christ sold it this week to The Church of Jesus Christ of Latter-day Saints. Anonymous donors provided the funds for the $35 million acquisition.

“This is truly one of the extraordinary documents in American history because of its role in Western Americana,” said John Hajicek, an expert on American religious artifacts. “I think of it similarly as if the United States had an opportunity to buy its Constitution back from another country.”

“It’s one of our treasures, of course,” said Royal Skousen, a BYU linguistics professor whose study of the printer’s manuscript and the remaining portion of the original manuscript enabled him to publish “The Book of Mormon: The Earliest Text” with Yale University Press in 2009.

The original manuscript, dictated by Joseph Smith to scribes such as Oliver Cowdery and Emma Smith, and the printer’s manuscript, copied by hand with a quill pen by Cowdery over six months in 1829, have been apart since the 1830s.