Book of Mormon Extras: Lesson 6 – Why is there a Warning on the Promised Land? | Meridian Magazine 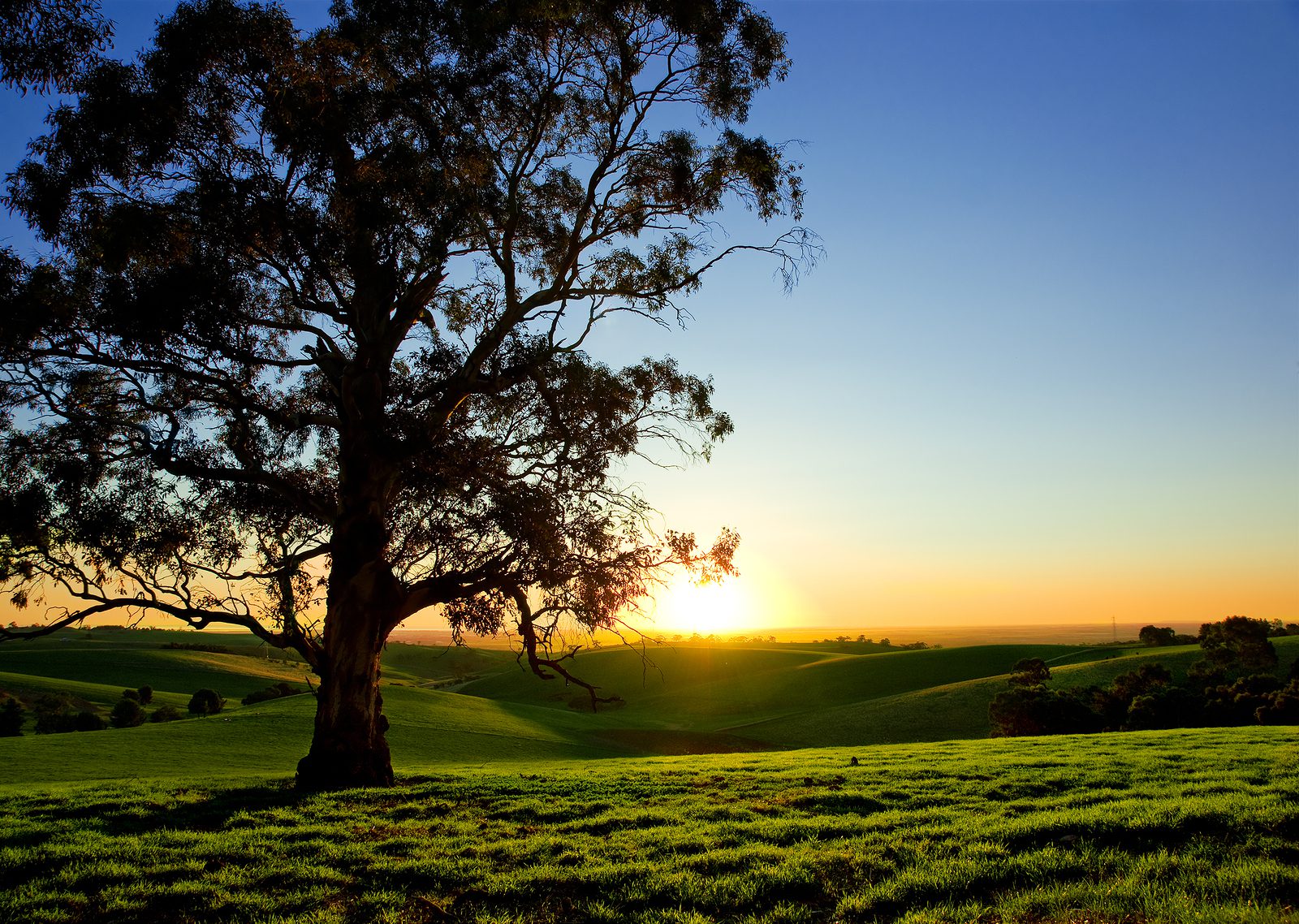 Book of Mormon Extras: Lesson 6 – Why is there a Warning on the Promised Land?

Lehi exults that he has obtained “a land of promise, which is choice above all other lands.” It will be for them a land of prosperity and liberty, where they will never be brought into captivity—but it comes with a warning.

To understand just how grave and sober this warning is we must see a larger picture and understand the nature of this covenant as it extends back to the earliest times. This is essential understanding for those of us living in a time when our nation is, in fact, “dwindling in unbelief” and willfully turning its back on the God of this land, which we are told, at our peril, not to do “after we “have received so great blessings from the hand of the Lord” (2 Nephi 1:5,10).

A warning voice from the Lord is not to be neglected. If we are tempted to, the Book of Mormon is designed by its very structure to awaken us, knocking us from a dead sleep.

The Lord is making very clear that he wants us to “get it” by telling the story twice.

God is a Covenant Maker

The very nature of God is that He is a covenant maker. He gives promises to make the worthy secure, hopeful, unafraid, and free.

At the core of the covenants that God makes with his children are the following promises, which are easy to remember if you think of them all as starting with the letter “p.” His covenant people receive:

These are the ultimate gifts and they are perpetual. We learn, “He hath remembered his covenant forever, the word which he commanded to a thousand generations” (Psalms 105:8). The idea of a Promised Land stretches much farther back and forward than we can understand.

When the Lord says that “the meek shall inherit the earth” or “I go to prepare a place for you”, He is still using a Promised Land metaphor to describe our ultimate safe place with God. (Psalms 37:11, Matthew 5:5 and John 14:2).

The ancients clearly understood they were given a Promised Land as part of the covenant and that it would come with abundant blessings, including prosperity and protection. Abraham, Isaac, and Jacob all looked to this covenant blessing, as did the Children of Israel. It was their deepest mindset, an outlook that permeated everything.

When the Children of Israel were about to enter their Promised Land in Canaan, after their wanderings with Moses in the desert, half of tribes were told to go to Mount Gerazim to shout the covenant blessings that were coming to them in their Promised Land. What a scene that must have been. God clearly knows how to imprint on His people memories that will last for generations.

Raising their voices they acclaimed,

“Blessed shall be thy basket and thy store

“The Lord shall cause thine enemies that rise up against thee to be smitten before thy face: they shall come out against thee one way, and flee before thee seven ways” (Deut. 28: 3-7).

So every part of their lives were prospered. These same blessings are clearly on Lehi’s Land of Promise. It is the same covenant, after all.

Bless them, God did, including truly spectacular stories of protection when they were beset by enemies. When the cruelest most savage army on earth that struck fear into every living soul, the Assyrians, came against them during the reign of Hezekiah, it appeared grim. The Assyrian leader Ashurbanipol had boasted of an earlier conquest, “I burned three thousand captives with fire. I left not a single one among them,” and taunted the Israelites’ God as weak and unable to save them.

The Lord answered, “He shall not come into this city, nor shoot an arrow there…For I will defend this city, to save it, for mine own sake” (2 Kings 19:32,34). And He did. In the morning when the Israelites awoke, 185,000 Assyrians were dead.

As long as Israel was righteous, the Promised Land was a haven of abundance and a land of liberty.

God has his hand over His Promised Land and His covenant people, but if—and this is a monumentally critical “but if”—they turn from Him that promise is blasted and withdrawn. When half of the Children of Israel were shouting the covenant blessings upon the Promised Land, the other half of the tribes went to the top of Mount Ebal to shout what the curses would be to those who willfully rebelled against God (See Deuteronomy 28).

Those who turned their faces to the pagan gods of the land and wallowed in every kind of immorality would see their precious land and prospects cursed, including the curse of falling to their enemies.

We know, of course, that this is just what happened. Solomon’s temple, called the first temple, was destroyed by the Babylonians in 587 BC and the people carried off to a foreign land, where, by the waters of Babylon, they wept for their burned and ravaged Zion.

The second temple, which was engineered by Ezra and Nehemiah and then entirely redone by Herod was burned by Rome in 70 AD. The temple mount was left as fit only to be plowed.

The destruction of both of these temples was taken as a clear sign by the Jews that God had withdrawn from them. What’s remarkable is each of them had the same date of destruction on the Jewish calendar–the 9th of Av. Many take this to mean the Lord’s hand is in it.

On the other hand, they also knew, that if they forsook the covenant, God would forsake them. “Even all nations shall say, “Wherefore hath the Lord done thus unto this land? What meaneth the heat of this great anger?” (Deuteronomy 29:24).

The Book of Mormon Warning on the Promised Land

It was a Promised Land to Lehi and his people and it would be consecrated to all who the Lord brought “by his infinite goodness” to this land. “Unto the righteous, it shall be blessed forever.”

But, “behold, I say, if the day shall come that they will reject the Holy One of Israel, the true Messiah, their Redeemer and their God, behold, the judgments of him that is just shall rest with them” (2 Nephi 1:15). The blessing comes with a warning.

So what does this mean for us who have been so blessed by living in a Promised Land? We have been warned, we have been given prophets, and we have been given a responsibility. For our children and our children’s children, we must hold fast to our covenants. Perhaps the invitation to be true has never been more pressing. This is our time to proclaim about who God is and what he expects of us. We cannot slide along with our culture as it makes its sickening downward spiral. Whatever talents we have, whatever energy we can muster we must lend to the cause of protecting the covenant on which this nation is formed.

John Widtsoe said, “The final conquerors of the world will be the men and women, few or many matters not, who fearlessly and unflinchingly cling to truth, and who are able to say no, as well as yes, on whose lofty banner is inscribed: No compromise with error. …”

“Tolerance is not conformity to the world’s view and practices. We must not surrender our beliefs to get along with people, however beloved or influential they may be. Too high a price may be paid for social standing or even for harmony. …

We cannot take the Lord’s warnings lightly: “What I the Lord have spoken, I have spoken, and I excuse not myself; and though the heavens and the earth pass away, my word shall not pass away, but shall all be fulfilled, whether by mine own voice, or by the voice of my servants, it is the same” (D&C 1:11, 14–16, 38.)

Jacob, in the Book of Mormon, whispers to us through the centuries, “O be wise; what can I say more?”(Jacob 6:12).

Please remind the people that voting for the lesser of any evil is still up-holding evil. We must therefore save our own souls through obedience first. Then we must trust that God will save our nation. "Do what is right and let the consequence follow" is a call to faithful obedience! And only there-in is safety...

"We must not surrender our beliefs to get along with people". When I read this, I thought of Ted Cruz, steadfastly defending the Constitution, described by President Benson as, a sacred document. He seems like a 'David' fighting Goliath in this regard.