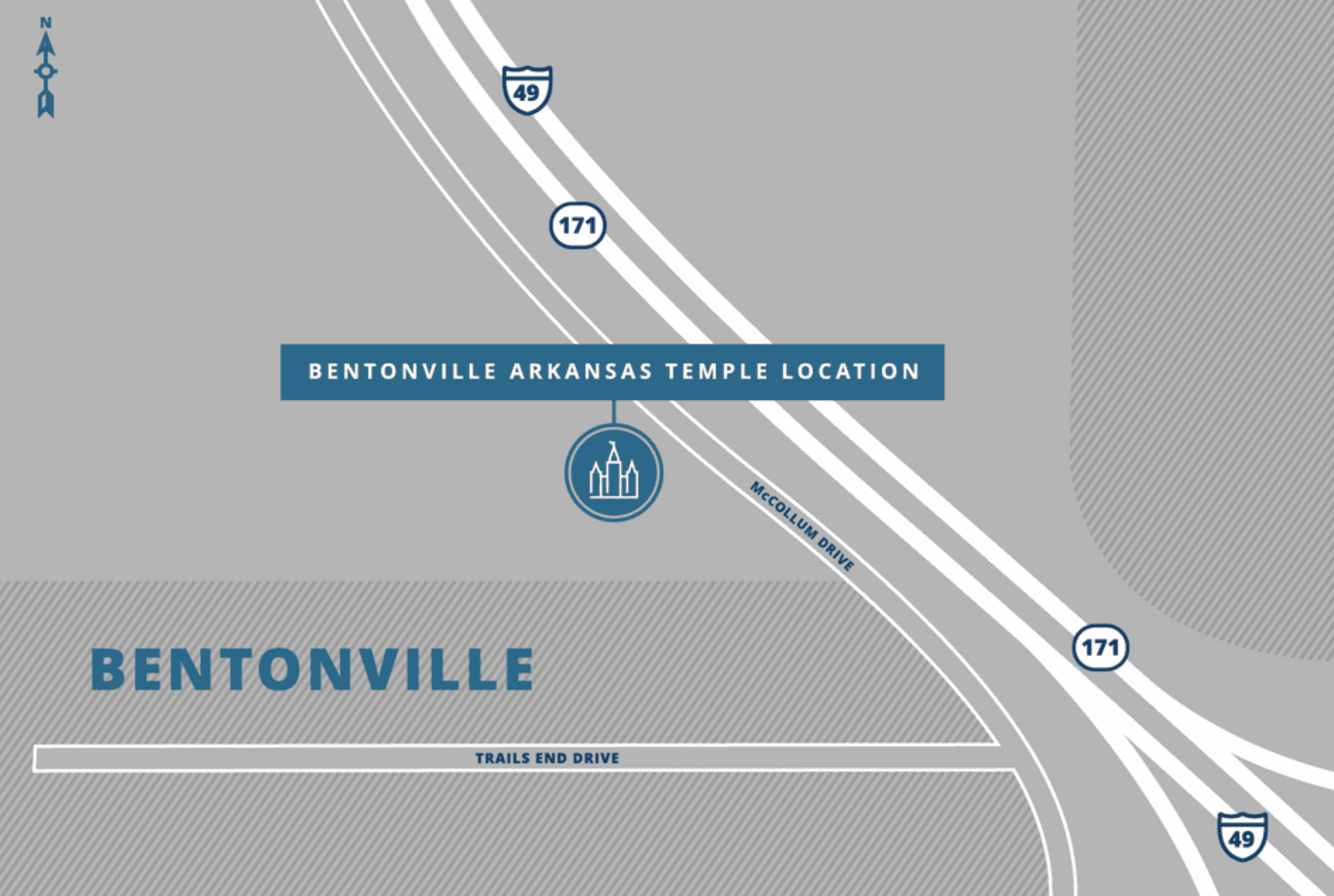 The Church of Jesus Christ of Latter-day Saints has announced the location of the Bentonville Arkansas Temple.

The temple, which was announced in October 2019 by Church President Russell M. Nelson, will be built on an 8.8-acre site located at 1101 McCollum Road. Plans call for a single-story temple of approximately 25,000 square feet with a center spire. The temple will share the site with an existing meetinghouse.

Detailed design plans for the temple are still being developed. Further information — including interior and exterior renderings — will be made public later. A groundbreaking date has not been set yet. Project leaders have begun working with city officials on preliminary plans for the temple, and they will soon begin filing public documents.