Be Flexible While Pursuing Your Dreams | Meridian Magazine 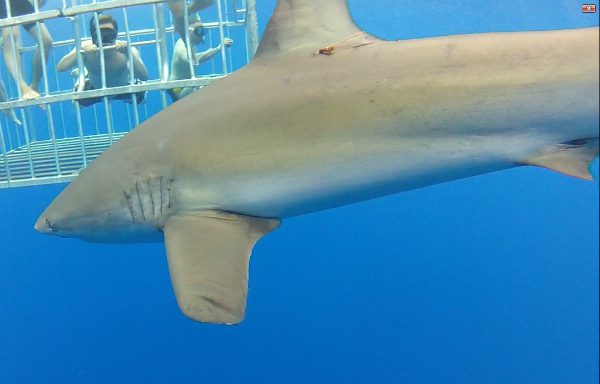 Be Flexible While Pursuing Your Dreams

I saw Jaws at entirely too young of an age. The film terrified me, but it also sparked a lifelong obsession with sharks, particularly Great Whites (the species in the movie). For decades I fantasized about climbing into a cage and seeing one up close. It was on my bucket list. I once had the opportunity to cage-dive in shark-infested waters, but passed it up because it wasn’t with a Great White. I was resolute. But then I saw a Discovery Channel video of a Great White tearing a cage in half, with the divers barely escaping with their lives.

At that point, I decided not to risk being inside a cage while it got torn in half. I let go of the Great White dream and opened myself to other options. While in Hawaii last month, I dove with a school of Galopogos sharks (less powerful, less aggressive, but still impressive). And you know what? It was perfect. I felt like a giddy child again, and I still have a buzz off of it a month later. I was wholly satisfied. (Watch my video).

It’s right to have dreams and goals. It’s ideal for healthy, accomplished living. However, if you adhere too rigidly to your own expectations and the “picture you’ve always had in your head,” you may miss out on something more right for you. The Lord knows what is best for you. He has explained: “For my thoughts are not your thoughts, neither are your ways my ways, saith the Lord. For as the heavens are higher than the earth, so are my ways higher than your ways, and my thoughts than your thoughts” (Isaiah 55:8-9).

Nephi planned on living his days in Jerusalem, but the Lord led him to a promised land. Esther never aspired to be queen, but she became that as well as the deliverer of her people. Peter’s life plan was to be a fisherman. Mary was a simple Jewish girl. John Taylor was a Methodist minister. In each case, they were quietly pursuing their goals and dreams when the Lord revealed other plans that were for their glory, and the benefit of others. Had they not been flexible and adaptable, they certainly would have missed out.

I’ve experienced this in my own life. I wanted to be a filmmaker, but God steered me towards becoming a therapist. I never planned on going to school in Alabama; I was going to stay in the West. However, a meeting with a recruiter from Auburn opened my eyes to what ended up being one of my most-treasured life experiences (and also put me on the path to meet my wife). I also always planned on raising a family in my home state of Arizona, but flexibility and opportunity brought me to Saint George, Utah, and I love it here.

My friends, pursue your dreams, but be flexible and adaptable. There may be better dreams, and opportunities that you’ve never imagined, that will open to you if you are open. This is the lesson I’ve learned time and again, most recently from shark-diving.

I love this! I remember back in high school 25 years ago we had to write out our short term and long term goals (Covey was THE thing at the time), then construct elaborate schemes as to how to accomplish them. I was struck then, as I have been ever since, that I made my goals randomly, not knowing really what God wanted me to do. My life is very different than what I had naively planned then, and I'm glad my way wasn't His way, because His way has been far more uplifting, intriguing, and stretching than what I ever planned.