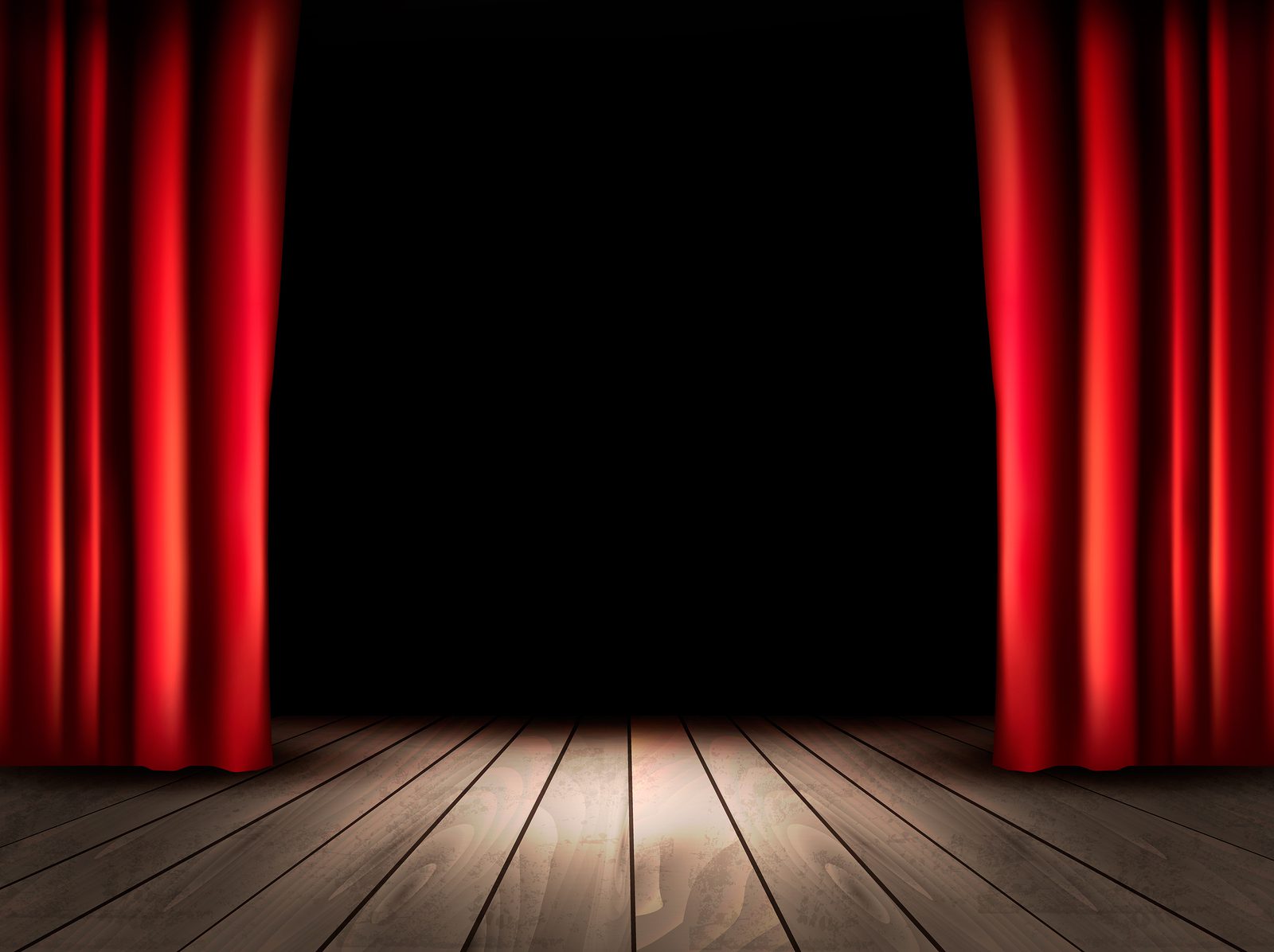 [This column was meant to run in November of 2015. It fell through the cracks. (There were lots of cracks on the Mormon Trail. In some locations, you can still see them.) It’s thoroughly safe to publish now, all taint of “promotion” rendered irrelevant by the calendar.]

A guy on NPR yesterday said you can’t multi-task, that you can only focus on one thing at a time. This column, written quite literally backstage at the SCERA Theatre (for directions, consult SIRI, who is a distant cousin of SCERA) where we’re in technical rehearsals for The Trail of Dreams, which opens this Friday, November 11, and runs for one week (which means that if you live even a light-week away, there’s still time, at warp factor 1, to get here before the show closes—consult the Star Trek Handbook, page 556. But call first), will refute that NPR guy utterly. [Note what appears to be an attempt to sell tickets to extraterrestrials in the second parenthetical departure. See what I mean?]

There are dreams all around us, like clouds in the air.
We go walking right through them, unchanged, unaware.
But if once you are touched by a dream that you love,
Though the universe shakes you, nothing ever quite wakes you
From your…

(all lyrics in the column were written by Steven Kapp Perry. Editors, I’m not counting lyrics in my 1500-word limit.)

At technical rehearsals, the sound designer gets everybody wired up with a body mic,

Director James Arrington, at the behest of the lighting designer: Marvin, can you make that initial entrance once again?

which is ostensibly to allow the audience to hear the play better,

Marvin, can you make that initial entrance once again?

but is actually for the sound designer to get to listen in on actor gossip occurring backstage.

Marvin, can you make that initial entrance once again?

Sometimes the audience is allowed into this intimate circle as well, like when an actor realizes that he’s missed an entrance.

“What did they ask of their captain?”

“To get them to the valley …and to preserve their lives.”

“How many lives, John Brown?”

“There were seventy thousand…”

In this awkward moment said actor’s mic is, of course, up full blast for the whole house to hear, because according the script in the sound guy’s hands, the actor is onstage and acting.

“To Mr. Brigham Young, from Thomas Ford, Governor of Illinois…” (Our actor playing the governor of Illinois, who is a newcomer to LDS history, cycles through Ohio, New York, New Jersey, and several times New Orleans before he settles on saying “Illinois.” But we love him.) “Why are the Mormons still in Nauvoo?” (He gets “Nauvoo” right every time.)

What the whole house hears, of course, is expletives. Sometimes they are BYU-Young-Ambassador-Working-a-Summer-Job expletives.

Too much room for Bodil (young Danish child played by the columnist’s daughter)!! Derek, move her over six inches stage right! John Fifield over just a little more… Body size is very weird, you guys.

Sometimes they are Special-Guest-New-York-Equity-Actors-at-Sundance expletives. Oddly, and contrary to what one might hope would be the case, they are the same expletives.

Jillian, you can wear those paisley stretch pants, but only under your costume!

Also, during the technical rehearsals, the lighting designer will see how his designs work on real people,

Dianna, when you pull the veil from John Brown’s eyes, can you make it bigger for the sake of the spotlight operator? Like this, like pushing a shower curtain aside.

like whether or not certain actors reflect certain wavelengths in a dangerous manner.

So Marvin, what’s that expression all about? We haven’t seen that before.

Marvin: That was my “reaction to a shower curtain being unexpectedly pushed aside” expression—how would you feel?

When the designer has determined it’s safe, a particular light cue is programmed into the computer. The two rehearsals devoted to this process will be sufficient for this run, which you may recall is 11 November through 21 November. [ß Note the subtle promotional suggestion that would have been so inappropriate when this was supposed to have been published on 11 November. Opening night! Of both the column and the show!]

Marvin, why are you lugging that computer around up there?

It’s to promote the show.

Well, can you dim the monitor some?

You’re reflecting its wavelength in a dangerous manner.

The last time we did this, 18 years ago, our designer, Rod Elwood, would have needed the length of this run (11 November through 21 November) to finish programming the light board, [You noticed, I presume.]

“Who is that woman? That fine, lovely woman!”

because he created 163 light-change cues.

(whispered in the dark by the columnist’s daughter) Dad, have you heard about the ghost Eleanor? She fell down the spiral stairs into the boiler room under the theatre and called and called for help, but no one could hear her.

(hissed to the columnist’s daughter) Aren’t you supposed to be onstage now?

(shouted) Hey, could we get some light into the wings on stage left? The little girls are freaking out!

This may have been because we had a particularly complex and dangerous set of reflective tendencies among that earlier cast—Rod never explained why it took him so long.

So what do you bring with you if you stop at McDonalds on your way to the theatre?

Wait, is it okay to say that here?

There were four separate runs that year, and the opening night audience for each run was detained in the lobby while the Rod finished up.

I love the padding on this set! It’s totally silent!

… Bet you could hear Eleanor if you listened.

The designer for this run is terrific.

(sung) “There’s nothing dumber than such an ox,”

I mean, for the run that opens 11 November and closes 21 November, the one you can get tickets for at SCERA.org (not SIRI.org—anyway, I think SIRI’s a .com). [ß]

“…except the bloke who goes beside him when he walks!”

No mics tonight, after all.

“I expect there are angels in every tree among this people.”

“I do. I do! Some of my brethren have, you know—probably more than have told me.”

“Well, once Nathan Staker’s child was ill, near death. So he knelt by a log in the woods. An angel came—shining! His hands were transparent. Brother Staker still weeps whenever he…”

Columnist: Question? Will that “bam” be a sound effect, or will somebody offstage fire the navy colt?

Director: Sound effect, I don’t want anybody but you handling the gun.

I wouldn’t really much care if mics didn’t appear until after the run, which you may recall reading somewhere begins on 11 November and ends, abruptly, on 21 November. [Enough, already.]

Marvin, a step stage right. At letter “I” just right of Center. William Clayton, you step too. Let’s get some distance before the fistfight. (Didn’t know about the William Clayton fistfight, did ya?)

This is because when we arrived here at the theatre a couple of days ago, after several weeks of rehearsal at UVU, I looked out at the 400-seat space and felt the rush, the challenge of filling it with sound and energy.

Now over to the letter “J.”

Pioneer: Hey Marvin, this cast card says we can get free drinks in the cups they give us, but they didn’t give us cups. Do you know about that?

That’s totally management—I’m labor. Ask the stage manager. But tell me what she says. Is there Dr. Pepper? Not diet?

My character grew instantly, just with the reality of a single actor facing a very large, silent, listening space.

Because I’m the director, and I said so.

I’m worried that the mic will take that exhilaration away,

that it will take the Nebraska vastness away,

Can we get some help for Marvin? I think he’s trying to multi-task again.

that with a mic I’ll feel technologically tethered to the 21st Century,

Is Marvin in the building?