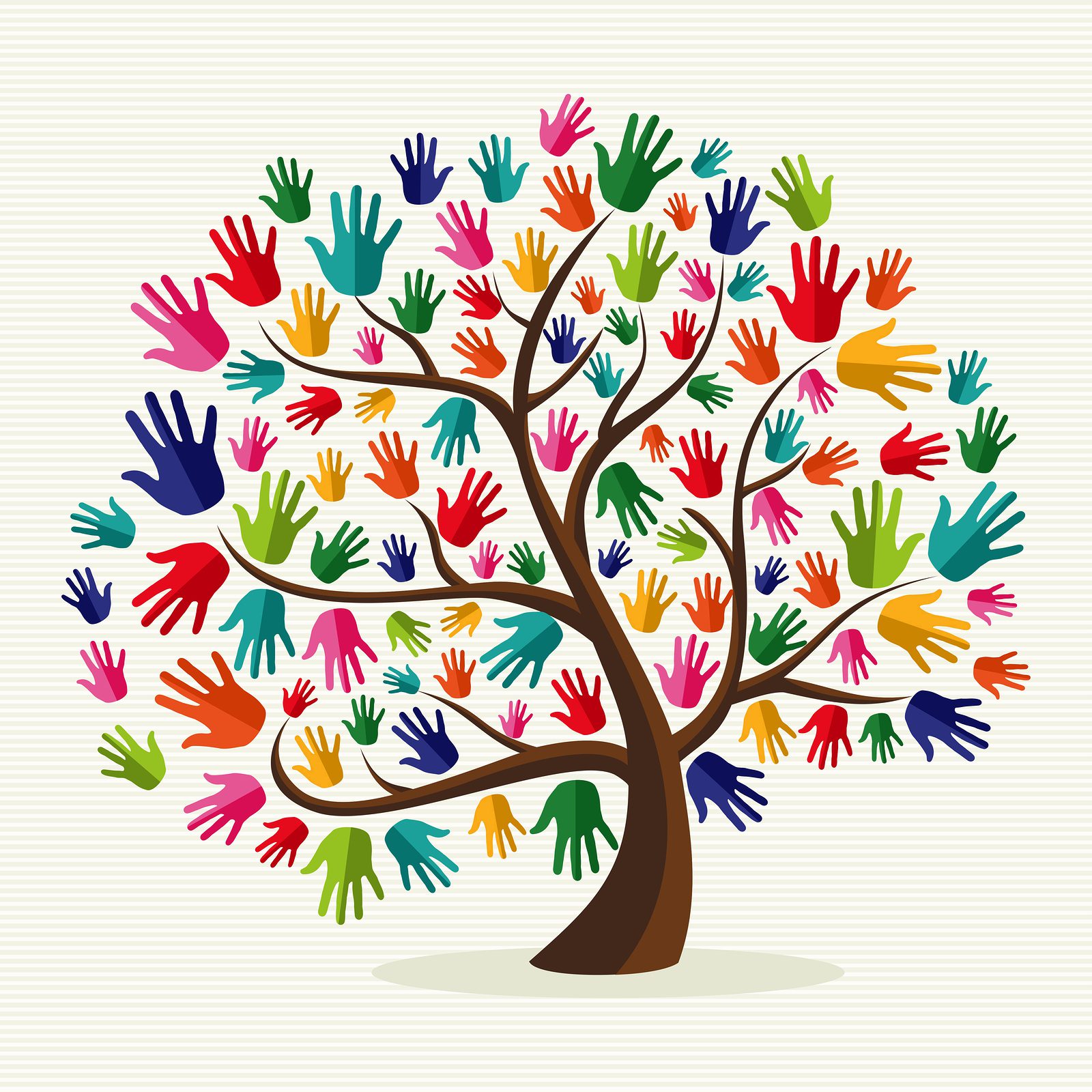 I’d like to begin this month’s Backstage Graffiti with a journal entry that contains two embarrassing self-indictments. (How’s that for a compelling opening sentence?)

“The opening hymn in church today was ‘In Our Lovely Deseret,’ chosen by our organist, Merlynne Heaps, whom I love (I led the singing). I don’t want to sound like a resident of the large and spacious building pointing out the window and scorning the pure in heart, but it surely is a silly hymn.

“(Chris Tenney is now beginning his testimony by thanking me for choosing his favorite hymn. I’d better shut up.)”

“David Healey, my elderly and saintly home teaching companion, just recited from memory ‘The Touch of the Master’s Hand.’ (This is a two-part poem, the first half of which is a strong metaphor stated with a goodly measure of grace, the second half of which is a Sunday School lesson masquerading as poetry, which I have similarly scorned.) Sitting up here, I could watch John James, our resident physicist and avid cultural sophisticate, mouthing the words along with Dave.”

[That was self-indictment #2. There may be more, of which I am too insensitive to be aware. You may look for them, if you like, in a “Where’s Waldo” fashion.]

The point here is that it takes all kinds. Which is how I get to be included in the family of the saints. The scripture saith, “The ear cannot say to the knee ‘I have no need of thee,’ nor the thumb to the eye ‘thou art not of need to me, either’ (I’m paraphrasing, because I’m writing this in the lobby of the SCERA Theatre in Orem and I don’t have their wi-fi password) because lo, we are all members of the body of Christ.”

(“SCERA” is an acronym for “Sharon’s Cultural, Educational, Recreational Association.” I don’t know who Sharon is—I think maybe she’s a neighborhood, but the SCERA Theatre has been a mecca for the culturally-hungry in Utah Valley since approximately a long time ago. It hosts every kind of cultural enthusiast from budding potters ((my younger daughter)) to overripe actors ((me, in The Trail of Dreams, Shenandoah, South Pacific, and Wedlocked)). My wife was practically raised by directors and designers at the SCERA. My elder daughter ((has kind of a “missionary” ring to it)) is downstairs on this very early Saturday morning rehearsing with a group called “Acting Up,” which sings and dances and variously inspires mostly people in lock-up facilities. Driving her here this morning, merely anticipating the creative influence of SCERA, I shared with her an idea for a theme song which had just occurred to me. It went

Acting Up and acting down

And acting side to side,

We are acting everywhere

‘cause that’s what we deci—–ded!

I thought it particularly strong because of its brevity and because it has a very strong “button” at the end. She liked it, but only asked me to sing it one more time.)

Following the “body of Christ” metaphor, some of us are about as unlike others of us as is the molar to the great toe. This is called “Diversity,” and it is very popular, even outside of the church.

Here are examples of this anatomical diversity. A former stake president of mine here in Alpine is an ophthalmologist, which my etymological sense informs me is “a student of the ophthalm,” which is, as much as is the molar or the great toe, a member of the body and, therefore, of need. At any rate, ophthalmologists are prime candidates for stake presidency. My next stake president, by contrast, is a banjo player.

(Yesterday at a rehearsal of my Celtic band ((starts with a “k” sound and plays Irish and Scottish music, as contrasted with a Celtic band that starts with an “s” sound and plays basketball)) I alarmed my fiddler by announcing that I was starting a rock band with her father (the former stake president who plays a Fender Stratocaster along with the banjo, but not simultaneously, the two instruments being, if it were to be admitted, actually too diverse—perhaps even so diverse as to have no need one of the other. The ecclesiastical justification for having this band is to make Sandra Katzenbach, whom I home teach, be the lead singer and thus keep her out of karaoke bars on Thursday nights, when we have contrived to rehearse. ((The ecclesiastical justification is, of course, entirely secondary to the real justification, which is that it will be boatloads of fun with good friends (((who wouldn’t for a million bucks drink anything at a karaoke bar or any other kind))) and I’ll get to play bass, which I quite love but nobody will let me do.)) )

Continuing with our “It takes all kinds” thesis, in our stake we have had Seventies and Probable Mafiosi, MLB and NFL MVPs, CEOs and FBIs, biochemists and alchemists (well, only one documented alchemist), whole families of concert pianists and other whole families of people who play the saw (well, actually only the dad, but the rest of the family let him), a member of the United States Senate and a guy who will probably become the president of Mali (where Timbuktu is, and which was once the richest and most powerful nation in Africa, and which now could really use a president like our stake guy). At one end of the spectrum we have Olympic Athletes and Former Mission Presidents (often the same guys), and at the other end we have, well, me. Potters, professors, poets, and pipefitters sit in ward councils and listen to each other in kindness and genuine respect.

If you want examples of diversity among the non-human population, we have buffalo, pomeranians, llamas, camels, a burro, a hedgehog, and a Bernese Mountain Dog. And that’s just on our street. In our garden, we have a deer. Often.

On the subject of “on our street,” that’s where the Alpine Days Parade has traditionally occurred. The town and the stake are technically two different things, but not really. And in the parade, on at least two occasions in my memory, along with bagpipers, wild west gunfighters, and clowns on unicycles, we have had DEMOCRATS (!), marching along as friendly as pie, just as if they weren’t even about as diverse as all get-out! They smiled. They threw candy into the crowd, just like the cheerleaders and realtors had, and some parents even encouraged their children to step out into the street and touch them. (I think I’ve told here the story of how I stood next to the very outspoken US Senator Mike Lee in a Republican caucus in Alpine where everybody was still sweating from throwing tea overboard all day and somebody asked him about that “rascal” ((my word, theirs was more colorful)) Senator Harry Reid, to which Senator Lee replied, “When I was a kid in Las Vegas, Harry Reid was our home teacher, and he never missed a month.” End of reply.

((Just so there is no confusion, I made my own personal political leanings perfectly clear to you six years ago when I shared right here my presidential pick, Mac Wilberg.)) )

We’re not conscious of ever having had a parade in our garden.

This creative fever in the SCERA lobby has been interrupted now by two phone calls (one of them about an acting gig as a mad scientist—never pass those up) and one intense nap, and so I hit a bit of an impasse in column writing and glanced at my idle hands. Even my two hands are diverse from one another: the nails on my left hand are clipped right down to nub and the nails on my right hand are not only longer, but lengthened and reinforced by muslin saturated with Krazyglue. This is because I play and teach guitar. But left and right need each other. Our body parts really are even diverser than democrats vs everything else. And that’s the collection of images the Savior used to describe His church.

So what, then, is a “typical” member of Christ’s church? He (I’m choosing to write “he” instead of “she” because I understand them better, and because it’s shorter) has longer fingernails on his right hand, and clay under those fingernails. His mind knows Barack Obama personally and his heart both likes and dislikes him. His passion plays piano in Carnegie Hall and the saw in that one sacrament meeting (“O My Father,” very legato). With his voice he suffers the Republican children to come unto him, and his feet never miss a month of home teaching, inviting the rock singer he home teaches to assist in the occasional destruction of tea. His ears welcome both pronunciations of “Celtic,” and if anybody has trouble with their ophthalm, his eye will study it. (Aren’t you glad I didn’t start with this paragraph?)

Also, he lives in the fold of God, and wants to be called God’s person. He does his best to bear the burdens of others, that they may be light. He mourns with those that mourn and comforts those in need of comfort. He stands as a witness of God’s goodness at all times and in all things and in all places, even until death.

And he nodded in agreement with the counsel given in his last stake conference, to love people who are not like him.

A-men and A women!

I think diversity is like a fractal. When I moved to Utah from Arkansas, I felt a little nauseated by the lack of diversity. White, middle/upper-middle class Mormons was all I saw. I felt like I'd plunked myself down in a bubble of Barbies. In Arkansas, where my husband worked for corporate Walmart, "diversity" was a buzz word. As the President of the Asian and Pacific Islander resource group, he (and I, tagging along) often attended functions celebrating Diversity. This meant multi-cultural, racial, and sexual diversity (though religious diversity was simply a given.) At one, a top-level Walmart exec stood up and touted Walmart's push for inclusion. "We are 63% diverse," she said, to applause. And I thought "what the heck does that make the other 37%? Clones?" Of course, I knew it meant white, heterosexual males, but still. What a statement. The assumption was that some didn't cut it on the "diversity-o-meter," which, there, I rolled my eyes at. But here, like I said, I was the one who didn't believe in the diversity around me. When my Relief Society President stood up and started her lesson by asking how we could all possibly be unified, when our Relief Society was so diverse, I was, I admit, incredulous. But then I was reminded--diversity is like a fractal. Zoom out, and the patterns are clear, and the little fuzzy edges are inconsequential. But if you zoom in (to Utah Valley, say) those little fuzzy edges are the pattern all over again, and in that scope, there is diversity. Interesting.