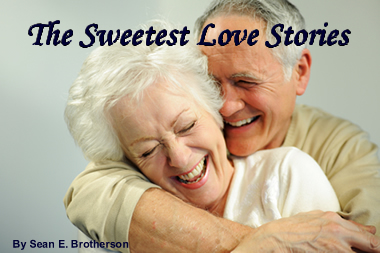 Elder Bruce C. Hafen, biographer for Elder Neal A. Maxwell of the Council of Twelve Apostles, wrote about the value of stories:

Since ancient days, we have been taught the gospel by stories. The accounts of the war in heaven, the Garden of Eden, and Cain and Abel are the first stories showing what happens when people try to live God’s teachings – or don’t  live them…The scriptures are primarily a collection of stories, given to us because God directed prophets to recount their experiences to His people. In His desire to give us guidance about life, God could have given us a large rulebook or a series of grand philosophical essays. But he didn’t. He gave us stories – about people like ourselves.”[1]

If God in His wisdom granted us stories to learn from and share with each other, perhaps we should follow His example in sharing stories that teach, uplift, and illuminate what is truly important and how we might live more lovingly and abundantly.

So I gave my students an assignment. Each day, one of them had to take the first five to ten minutes of class to share a story they had found – a love story. It could be a family story, a scriptural story, a story from a newspaper or magazine, but it had to be a story about love and relationships and marriage. A story that was personal. A story that was true. A story that illuminated love and what it can and should be.

“My Soul Shall Live Because of Thee”

The scriptures actually have a few great love stories. I don’t mean syrupy sweet, sappy love stories. I mean genuine, authentic, powerful stories of commitment and sacrificial love. The story of Abraham and Sarah is such a story.

In 1990 I spent six months on a study abroad program at the Jerusalem Center for Near Eastern Studies, associated with Brigham Young University, in Jerusalem, Israel. The scriptures were our textbooks; the land was our living history. Stories from the scriptures came alive in that setting.
One day I was reading of Abraham and Sarah in Abraham 2 and their journey toward Egypt during a time of famine. The Lord tells Abraham that the Egyptians “will kill you, but they will save her alive” (Abraham 2:23) because of her beauty. To avoid this, He counsels Abraham to ask Sarah to pose as his sister and thus avoid the hostility of the Egyptians. Abraham does so, putting his trust in the Lord and his life in the hands of his beloved Sarah.

I remember reading Abraham’s entreaty to Sarah and then his final words to her: “And my soul shall live because of thee.”

Abraham is speaking of his physical life, but upon reading those words I saw in them also an expression of Abraham’s profound love for Sarah. “My soul shall live because of thee” – my soul feels more alive, my spirit rises higher, my heart becomes more tender because you are in my life. And I knew that Abraham’s expression captured for me the way a husband and wife should feel about each other.

Abraham’s expression in that story represents an ideal. President Ezra Taft Benson once counseled that a “good yardstick” for selecting a marital companion is “in her presence, do you think your noblest thoughts, do you aspire to your finest deeds, do you wish you were better than you are?”[2] As I have thought about that, it seems to be good counsel to apply in our marriage and family relationships. In other words, am I creating an atmosphere so that in my presence my wife or my husband feels more noble or aspires to be better because of the love they feel from me? How do others feel in my presence? It’s a sobering question.

There is a story I love about daily affection in marriage that comes from the life of one of our beloved Church leaders of the past, Elder Hugh B. Brown. Hugh B. Brown served in the First Presidency, as an Apostle, and in many other important church responsibilities during his lifetime. And yet, it was perhaps his service to his wife and hers to him that was most impressive about this man. In his first address after being called to the Council of Twelve Apostles, Elder Brown said: “I would be ungrateful if I did not acknowledge that Zina Card Brown, my beloved wife, is more responsible for my being here today than I.”[3]

Theirs was a unique and compelling love story. Nearly all couples develop their own signals, their own ways of communicating the love that is theirs. Hugh B. Brown and Zina Card Brown shared a white handkerchief.
Their daughter, Mary Firmage, recounts:

Up until Mother’s stroke they’d go through a ritual daily… He’d kiss her goodbye and then they would walk to the front porch together. Daddy would go down three steps, and then turn around and ask, “Did I kiss you good-bye?” Mother would answer, “Why, no, you didn’t.”  Daddy would kiss her again.

As he walked to the car, Mother would run into the dining room, where she would blow kisses to him from the window. While Daddy was backing the car out of the drive, Mother would run back to the porch where she’d wave a handkerchief until he drove out of sight. Just before the car turned the corner, Daddy would blink the brake lights three times, his code for “I love you.”[4]

I love this story. It is simple. Yet it teaches so much. It teaches about the value of daily expressions of appreciation and affection in marriage. It reminds us of the caring partnership that a healthy marriage can be.

It also lets us reflect: What are our white handkerchiefs? Do we have any? In other words, what are the little rituals that let us connect with each other in marriage on a regular basis? Do we nurture and sustain them?

In this short vignette alone, we can see the multiple manifestations of love that Elder and Sister Brown built into the fabric of their daily lives – the kissing ritual on the doorstep, the white handkerchief, the car lights blinking “I love you.” Finding and nurturing such intimate connections is another hallmark of healthy marital love.

Would You Go to Kalapaupa?

Among the Hawaiian Islands is the small island of Molokai, and on one side of Molokai is an isolated peninsula where sits Kalapaupa. Kalapaupa is the site of a still-existing community that once served as the dumping ground and later as a haven for individuals afflicted with Hansen’s disease – leprosy.

Leprosy was still a common disease in the 1800s, and those who contracted the disease were often cast out of their communities. In the Hawaiian Islands, Kalapaupa became the remote location where those with leprosy were sent to suffer and die, usually far from family or friends.

One of the early converts to the LDS Church in the Hawaiian Islands was a prominent citizen and judge, Jonathan Napela, who with his wife Kitty helped to establish the foundations of the Church among the Hawaiian people. They were a vibrant couple with a deep love and affection for each other.

In the early 1870s, at a time when Kalapaupa was still a place of fear and misery, Kitty Napela contracted leprosy and was sentenced to live out her life in the Kalapaupa leper colony. Who knows what she must have felt? She faced the prospect of illness, starvation, pain, violence…  and isolation. Separation from the husband of her youth and her family.

Some people considered it an expression of love – the ultimate sacrifice. Going willingly to Kalawao, into isolation, to help a husband, wife, or child diagnosed with leprosy. Starting in 1866, many relatives and friends voluntarily left their home to accompany their loved ones and provide social, emotional, and physical aid.

Known as na kokua, or helpers, these people provided loving care that could not have been provided another way. Their presence served to eliminate loneliness and pain. Often, Board of Health and religious workers could not keep up with the workload of providing medical care, let alone complete other chores. Na kokua provided able-bodied labor for many tasks, including carrying water, handling freight, gathering wood, and raising livestock.

One of the most prominent kokua was Jonathan H. Napela, a Hawaiian who accompanied his sick wife Kitty to Kalawao in 1873. An elder in The Church of Jesus Christ of Latter-day Saints, Napela and other Mormons organized a church at Kalawao. He was a contemporary of Father Damien, and like the famous priest, Jonathan Napela eventually contracted Hansen”s disease and died within isolation.”

A professor once told me this story and then asked, “Would you go to Kalapaupa?”

I have since visited that lonely site, where waves beat upon the shore and a troubled history is framed by legacies of love. I sat and thought of Jonathan and Kitty’s story. Their story is our story. Our decisions may not be so momentous. And yet we choose. We choose to curb our tongue – or not. We choose to stay with a sickly spouse – or not. We choose to reserve some time just to talk – or not.

A Meridian reader wrote in her love story.

“I Will Be There”
From Debbie Kiss, married 19 years

I was head over heels in love with Peter and had been dating him for a couple of weeks when I knew how serious we were both feeling. I knew there was something I had to talk to him about but was afraid – would he leave me?

I have multiple sclerosis and had been in and out of a wheelchair already (I was diagnosed at 18). I was afraid that once he found out I was “less than perfect” he would leave for someone better. But we sat down together and I told him, knowing the possibilities.

He turned to me, held my hand and looked into my eyes as he said, “Deb, if you are going to be in a wheelchair for the rest of your life, I am going to be there to push it.” I knew I could never be with anyone else.

Since then I have been in and out of wheelchairs and he has been there to carry me and to push the chairs… We have suffered our share of hardships, but we have done it all together and still look to our future together. I love him more today than I did on the day I married him, and the first thing I do when I wake up is say a prayer of thanks to the Lord for my husband and my children.