The Avengers is a Crowd Pleaser, Pirates- Band of Misfits Gets Laughs | Meridian Magazine

The Avengers is a Crowd Pleaser, Pirates- Band of Misfits Gets Laughs

Welcome once again to Meridian at the Movies, your weekly source for an LDS perspective on Hollywood movies. This week we take a look at the Avengers and Pirates- Band of Misfits.

THE AVENGERS review (Grade: A) 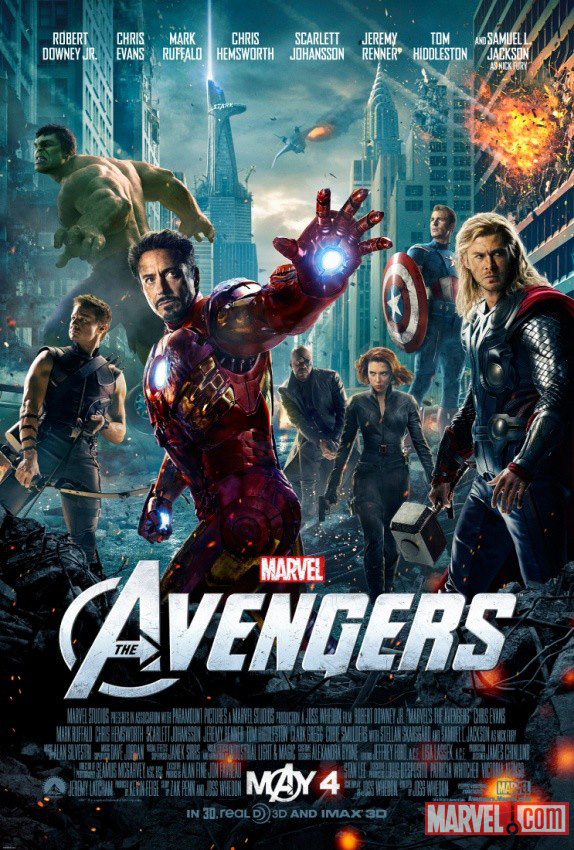 The most impressive superhero film since The Dark Knight, Marvel Studios’ The Avengers is a funny, thrilling, and character-driven crowd pleaser. Seeing the five films that preceded this one (Iron Man, The Incredible Hulk, Iron Man 2, Thor, and Captain America) may enrich the experience, but it’s hardly necessary; the film stands well on its own for those who want to just jump in midstream. Marvel made a wise-choice in hiring writer-director Joss Whedon, who has proven his ability to balance action, humor, and emotion with a large ensemble in 2005’s underseen Serenity. Whedon’s screenplay for The Avengers is razor-sharp; it’s fair to say that this is both the most moving and the most amusing of the films with these characters; it’s even better than 2008’s Iron Man, if only because this one has such a strong third act and sense of team dynamics. In juggling these larger-than-life characters Whedon deftly gives them all time to develop and shine, grounding the comic book spectacle in the relate-able human struggle of bringing unity to a group of people with vastly different personalities and values.

Though the action and effects are spectacular and the villain (Tom Hiddleston’s Loki) is menacing, the real joy of this film comes from watching ego and selfishness give way to teamwork and altruism. The performances are great as well, with Robert Downey Jr, Chris Hemsworth, and Chris Evans continuing their solid work as Iron Man, Thor, and Captain America, respectively, and Scarlett Johanssen and Samuel L. Jackson are given more to do than before (and rising to the occasion), though Jeremy Renner as Hawkeye is sadly underdeveloped. The real revelation here, however, is Mark Ruffalo as Bruce Banner/The Incredible Hulk, a character that’s been brought to the screen twice in the past decade, but never as well-realized as he is here. As appealing to mainstream audiences as it is to “geeks” (thanks in no small part to its attractive cast, strong story, and winning sense of humor), The Avengers opens the summer movie season with a bang.

CONTENT OVERVIEW: The Avengers is rated PG-13. It has plentiful action violence, mayhem, and destruction, mild language, and a mild drug reference.

MESSAGES TO DISCUSS: Strength comes from overcoming selfishness and pride to achieve unity (D&C 38:27; 1 Corinthians 1:10). There is no greater love than to be willing to die for others (John 15:13). Using force to defend the innocent from tyranny and oppression is justified (Alma 43:45-47).

THE PIRATES- BAND OF MISFITS REVIEW (Grade: B+) 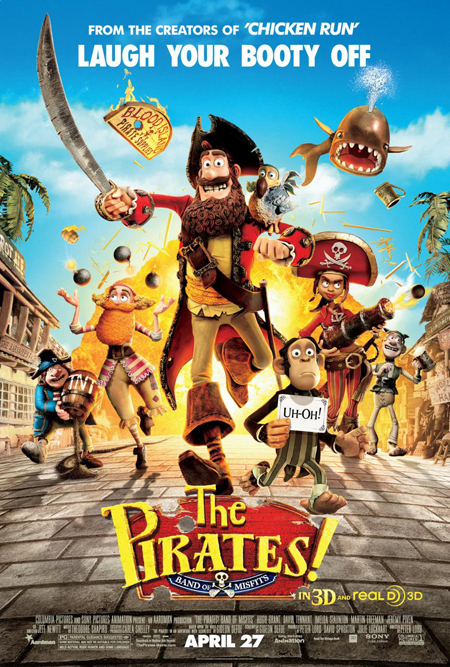 There’s a moment in Peter Pan, Disney’s classic 1953 animated feature, in which Captain Hook shoots a fellow pirate whose singing annoys him. Though the actual death occurs off-screen, it’s moment of dark humor of the kind that pops up occasionally in The Pirates- Band of Misfits, the delightfully rowdy new offering from Aardman Studios, the animation team that brought us Wallace and Gromit, Chicken Run, Arthur Christmas, and Flushed Away. That type of dark humor, along with the glamorization of a plundering lifestyle, may be a concern to some parents while others will find it all to be harmless fun. After all, children have dressed as pirates for Halloween and enjoyed the Disneyland ride for decades without losing their sense of right and wrong. Whether this movie is appropriate for your kids is a choice I leave with you. As for the film’s entertainment value, in approaching pirates as if they were the rock stars of the seas it displays a delightful wit and an infectious silliness.

The impressive vocal cast of Hugh Grant, Salma Hayek, Jeremy Piven, David Tennant, Martin Freeman, and Imelda Staunton bring real personality to their characters (including a Charles Darwin plagued with romantic insecurity and Queen Victoria portrayed here with an explosive temper). Most impressive is the stop-motion animation. Taking years to realize, shot one-frame at a time, there is a texture to the sets and models that pops out nicely in 3D. The story isn’t especially strong, but that matters little when there’s so much fun to be had. Well-paced, frequently hilarious, and supported by a toe-tapping rock soundtrack, this Pirates film is far more enjoyable than any in the Johnny Depp series (except the first one, which remains the gold standard of pirate movies).

CONTENT OVERVIEW: The Pirates- Band of Misfits is rated PG. There is one comical use of the “a-word” as well as some swordplay, punching, and gunfire. A pirate captain is shown drunk. A female pirate with an exposed abdomen swivels her hips seductively while walking, with male pirates ogling her. The only other concern parents may have is that the heroes are thieving pirates, and thus not very good role models.

MESSAGES TO DISCUSS: We ought not to put the love of riches (Jacob 2:12-13) or the vain seeking of praise (Helaman 7:21) above loyalty to our friends.

For more reviews, articles, and fun videos by this author, please visit www.mormonmovieguy.com.