Welcome to Meridian at the Movies, where every week you’ll get a Latter-Day Saint perspective on Hollywood’s latest offerings. This week we take a look at the pro-life Christian drama October Baby and the Snow White update Mirror Mirror, with Julia Roberts as the evil queen. Come back next Friday for my review of The Avengers, with superheroes like Iron Man, Thor, Captain America, and The Incredible Hulk uniting to kick off summer movie season. 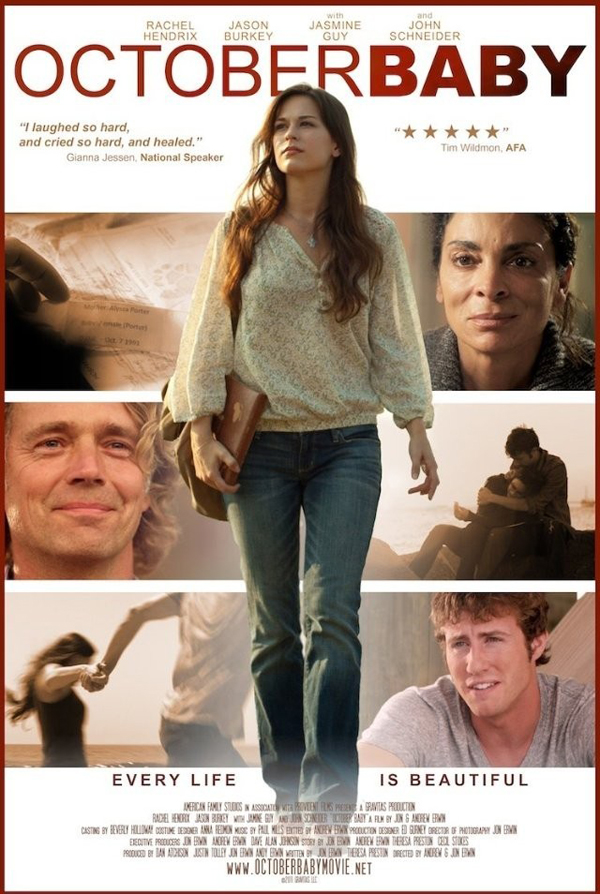 Conveying several poignant messages with handsome production values and solid acting, October Baby emerges as an early candidate for the best faith-based film of the year. Tackling the thorny issue of abortion with compassion and intelligence, it tells the story of Hannah, a 19-year old who learns that her various health problems are the result of being born after a failed abortion attempt, prompting a quest to discover where she came from. With the exception of John Schneider (the original Dukes of Hazzard; Smallville) and Jasmine Guy (the Cosby spinoff A Different World), the actors are all relative unknowns, but each of the principals acquits themselves nicely, handling both lighthearted comedy and heavy drama equally well. Newcomer Rachel Hendrix has to portray a variety of complex emotions and does so impressively. There are few missteps. The catty girlfriend of the male lead is underwritten and thus one-dimensional, weakening whatever suspense a love triangle may have held. A few too many coincidences are necessary to make the story work (unless, of course, these are viewed as the intervention of Divine Providence). These minor flaws don’t drag down what is ultimately a powerful story with a redeeming message, namely that every life is precious and that forgiveness and peace are possible through the help and grace of Jesus Christ. This is an uplifting must-see that had the audience I saw it with in tears.

CONTENT OVERVIEW:October Baby is rated PG-13. It has no offensive content, but addresses candidly the heartache that accompanies abortion. A heartbreaking scene finds an ex-nurse describing in detail the pain suffered by an infant fetus. Highly recommended for young teens and up, with strong pro-life and pro-chastity messages, as well as a nice example of interfaith fellowship.

MESSAGES TO DISCUSS: “Abortion is a war on the defenseless. It is a war on the unborn…Man-made rules have now legalized what has been forbidden by God from the dawn of time! Human reasoning has twisted and transformed absolute truth into sound-bite slogans that promote a practice that is consummately wrong! People who choose to embark on a journey that leads to parenthood…have freedom of choice- to begin or not to begin that choice. Once conception occurs, the choice has already been made. A woman’s choice for her own body does not include the right to deprive her baby of life- and a lifetime of choices that her child would make” (Elder Russel M. Nelson, “Abortion: An Assault on the Defenseless”). The Lord has commanded us not to kill (Exodus 20:13). Forgiving others helps us to feel peace, be kind, and be forgiven through Christ (Ephesians 4:32). 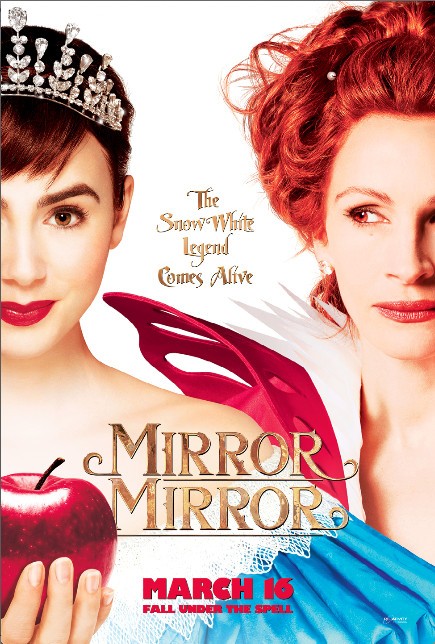 Inconsistent in tone and occasionally boring, Tarsem Singh’s updated Snow White fable Mirror Mirror is redeemed somewhat by likable performances and occasional bursts of genuine creativity and humor. The largest problem with Mirror Mirror is that it can’t seem to decide what it is. At times it feels like a winking, self-aware, postmodern examination of fairy tales a la Shrek, Enchanted, and Tangled. Then it aims for over-the-top silliness like Ella Enchanted. In other moments it tries for genuine menace and fear, adds some creepy gross-out humor (not vulgar, this is PG after all), then awkwardly shoehorns attempts at touching drama into the mix. There’s even a Bollywood style song-and-dance number; entertaining, yes, but jarringly random

Still, in fits and bursts there’s fun to be had. As Snow White, Lily Collins (The Blind Side) has genuine charm and grace, especially as her character morphs into a Robin Hood-archetype and grows in confidence. Julia Roberts vamps it up as the evil Queen; her scenes openly fawning over Arnie Hammer’s square-jawed prince provide some of the funnier moments in the film. Nathan Lane (The Lion King) and the cast playing the seven dwarves are all game, but the script gives them few chances to shine. Still, individual moments impress: a flirty sword-fight adds some zest and an attack by giant string-puppets is one of the more unique and impressively staged sequences of the year thus far. The wardrobe, cinematography, and set designs are marvelous. If you have little girls, they’ll likely love it. Personally, I’d rather revisit The Princess Bride.

CONTENT OVERVIEW:Mirror Mirror is rated PG. An evil queen ages into an old woman in a creepy moment. There is some comical swordplay and slapstick fights, but no one is killed or seriously injured. There is one mild profanity and some very mild innuendo. The prince is seen with his shirt off. The queen undergoes a “beauty treatment” which involves facial smearing of bird feces and being stung by bees and scorpions, among other things. The heroes are attacked by a monster in a scene that could potentially frighten very small children.

For fun videos, film reviews, and articles by this author, please visit www.mormonmovieguy.com