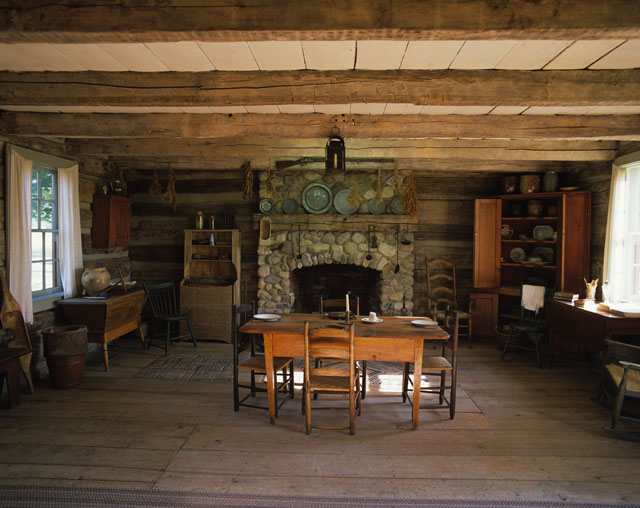 Each Tuesday Scot or Maurine Proctor will publish an article about the Book of Mormon to accompany your studies this year.

Those to Assist in the Work

As the work of translation began, one of his great friends offered his services as scribe for the work—Martin Harris.  Martin was twenty-two years older than Joseph.  Martin had liquidated all of Joseph and Emma’s debts.  He had given them fifty dollars (an equivalent sum to about $2,500 in our day’s money) to make the 135-mile move from Palmyra, New York, to Harmony, Pennsylvania.  He had given young Joseph employment on a number of occasions.  Joseph could not show the plate to Martin.  At least not yet.

Another young man would arrive on the scene, Sunday evening, April 5, 1829, in Harmony.  He had been a schoolteacher in the area of Manchester (near Palmyra) and had boarded with the Smith family. The family had come to treat him as a son and had confided in him some details about the coming forth of the plates.  This man was Oliver Cowdery. A desire welled up in Oliver to become a scribe for Joseph in this great work.  Oliver’s arrival that Sunday evening was an answer to Joseph’s prayers as he so desperately needed a scribe.  The great work of translation began on Tuesday, April 7.  Joseph could not show the plates to Oliver.  At least not yet.

As persecutions arose in and around Harmony, Pennsylvania, Joseph was commanded to write another man about 110 miles to the north, in Fayette, Seneca County, New York.  This man would make the three-days’ journey to Harmony in his wagon, pick up Joseph and Oliver and bring them to his parents’ home to stay.  He offered the small party free room and board, his own services as a scribe and anything else that was needed.  This man was David Whitmer.  Joseph could not show the plates to him.  At least not yet.

A Change was Coming

Joseph must have had a surge of joy one day as he was translating and came upon this passage in the record:

Some weeks later Joseph would translate an even more specific passage in the Book of Ether:

“And behold, ye may be privileged that ye may show the plates unto those who shall assist to bring forth this work; and unto three shall they be shown by the power of God; wherefore they shall know of a surety that these things are true. And in the mouth of three witnesses shall these things be established; and the testimony of three, and this work, in the which shall be shown forth the power of God and also his word, of which the Father, and the Son, and the Holy Ghost bear record—and all this shall stand as a testimony against the world at the last day.”  (Ether 5: 2-4)

The timing of the translation of these last verses seems to fall in the early part of June, 1829, soon after Joseph and his party had moved to the Whitmer home in Fayette.  They may well have been the motivation that Joseph needed to ask the Lord for three others to also be shown the plates.  The time had come when the Lord would deem fit to lift this great burden off of Joseph’s shoulders—the burden of being the only one who had seen, touched and handled the plates.

Lucy Mack Smith records the event as she was there in the Whitmer home that unforgettable day:

“The next morning after breakfast, we repaired to the sitting room, and after attending the morning service, namely reading, singing, and praying, Joseph arose from his knees and approached Martin with a solemnity which thrills through my veins to this day, whenever it comes to my recollection. ‘Martin Harris,’ he said, ‘you have got to humble yourself before your God this day and obtain, if possible, a forgiveness of your sins. If you will do this, it is God’s will that you and Oliver Cowdery and David Whitmer should look upon the plates.’

“Soon after this, these four left and went into a grove a short distance from the house, where they continued in earnest supplication to God, until he permitted an angel from his presence to bear to them a message, declaring to them that all which Joseph had testified of concerning the plates was true, and showing them the same.

“When they returned to the house, it was between three and four o’clock. Mrs. Whitmer, Mr. Smith, and myself were sitting in a bedroom, myself on a bedside. When Joseph came in, he threw himself down beside me and exclaimed, ‘Father! Mother! You do not know how happy I am. The Lord has caused the plates to be shown to three more besides me. They have also seen an angel and will have to testify to the truth of what I have said, for they know for themselves that I do not go about to deceive the people. I do feel as though I was relieved of a dreadful burden which was almost too much for me to endure. But they will now have to bear a part, and it does rejoice my soul that I am not any longer to be entirely alone in the world.’

“Martin Harris then came in. He seemed almost overcome with an excess of joy. He then testified to what he had seen and heard, as did also the others, Oliver and David, who added that no tongue could express the joy of their hearts and the greatness of the things which they had both seen and heard…”[i]

“Martin Harris seemed particularly willing to give out his feelings in words. He said, ‘I have now seen an angel from heaven who has of a surety testified of the truth of all that I have heard concerning the record.

I have also looked upon the plates and handled them with my hands and can testify of the same to the whole world. I have received for myself a witness that words cannot express, and no tongue can describe, and I bless God in the sincerity of my soul that he has condescended to make me, even me, a witness of the greatness of his work and designs in behalf of the children of men.’ Oliver and David also joined with him in solemn praises to God for his goodness and mercy.

“We returned home the next day, a cheerful, happy little company.”[ii]

What joy for Joseph!  What joy for Oliver, David and Martin!  And they were not only shown the plates but they were shown other ancient artifacts, namely, the Plates of Brass (that Nephi had obtained from Laban in Jerusalem), the Liahona (the brass ball of curious workmanship that had directed Lehi and his family through the wilderness and across the great deep), the breastplate, the Urim and Thummim and the sword of Laban.  They also heard the voice of God testifying to them:  “That part of the record which my servant Joseph has translated is true and you must bear record of it to all the world or you shall be damned.”

That testimony received by the Three Witnesses in the woods of the Whitmer Farm that day is affixed to every copy of the Book of Mormon that goes forth the nations of the earth.

Individual Testimonies of the Witnesses

Although hundreds of quotes could be added to this conclusion, the following will suffice.

Elizabeth Whitmer Cowdery, wife of Oliver, testified of her husband: “From the hour when the glorious vision of the Holy Messenger revealed to mortal eyes the hidden prophecies which God had promised his faithful followers should come forth in due time, until the moment when he passed away from earth, he always without one doubt or shadow of turning affirmed the divinity and truth of the Book of Mormon.”[iii]

David Whitmer boldly averred: “I have been visited by thousands of people, believers and unbelievers, men and ladies of all degrees, sometimes as many as 15 in one day, and have never failed in my testimony. And they will know some day that my testimony is true. I had a mob of from four to five hundred surrounding me at one time, demanding that I should deny my published statement in the Book of Mormon; but the testimony I bore the mob made them tremble before me. I heard the voice of the Angel just as stated in said Book, and the engravings on the plates were shown to us, and we were commanded to bear record of them; and if they are not true, then there is no truth, and if there is no truth there is no God; if there is no God then there is no existence. But there is a God, and I know it.”[v]