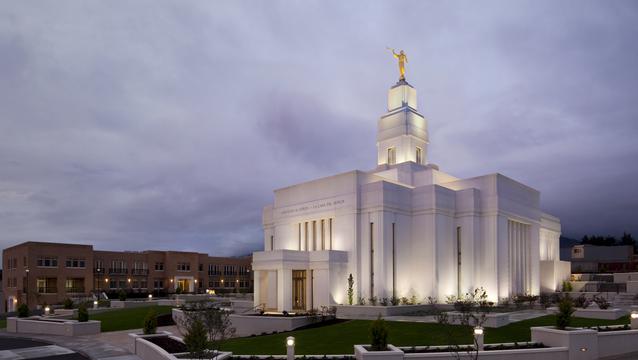 The doors of The Church of Jesus Christ of Latter-day Saints’ (Mormons) 136th temple will open to the public on Friday, 11 November. The Quetzaltenango Guatemala Temple will then be formally dedicated on Sunday, 11 December 2011, in three sessions by President Dieter F. Uchtdorf of the First Presidency. The dedicatory sessions will be broadcast to congregations of the Church within the temple district.

The Quetzaltenango Guatemala Temple will be the Church’s fifth in Central America, and will serve approximately 60,000 Latter-day Saints. Other temples in Central America are located in Guatemala City, Guatemala (1984); San Jose, Costa Rica (2000); Panama City, Panama (2008); and San Salvador, El Salvador (2011). Another temple is under construction in Tegucigalpa, Honduras.

Latter-day Saint missionaries arrived in Guatemala in 1947. Assisted by John F. O’Donnal, a Church member living in the country as an agricultural adviser to the United States government, they met with Guatemalan officials and began to organize the Church. The first official meeting was held in a rented building on 22 August 1948, with 66 people in attendance. Later that year, John F. O’Donnal baptized the first convert in Guatemala, his wife, Carmen. By 1956, three small congregations with a membership of about 250 had been established. Membership grew to 10,000 by 1966, and 18 years later, when the Guatemala City Temple (the country’s first temple) was dedicated in 1984, membership had risen to 40,000. By 1998 membership had quadrupled again to 164,000. In 2006, leaders of the Church announced a temple in Quetzaltenango. Today, Guatemala has more than 226,000 Latter-day Saints spread through more than 400 congregations in the country.

The First Presidency, the highest governing council of the Church, announced that the public is invited to visit the temple during an open house from Friday, 11 November 2011, until Saturday, 26 November 2011, excluding Sundays. Tours will take place Mondays from 8:00 a.m. to 5:00 p.m. and Tuesdays through Saturdays from 8:00 a.m. to 8:00 p.m. The temple is located at 9a. calle 4-03, zona 9, in front of the Residenciales Los Cerezos 1.

When the temple is formally dedicated, it will be open to members of the Church who are actively engaged in the faith — unlike the thousands of standard church meetinghouses that are open to everyone for regular Sunday services, regardless of religious affiliation (see Newsroom article explaining the difference between chapels and temples).

Latter-day Saint temples differ from the meetinghouses or chapels where members meet for Sunday worship services. Temples are considered “houses of the Lord” where Christ’s teachings are reaffirmed through baptism and other ordinances that unite families for eternity. In the temple, Church members learn more about the purpose of life and make covenants to follow Jesus Christ and serve their fellow man.