Missionary Moment: The Odds were One in 14 Million

Mark Albright is the president of the Washington DC South mission and shares these missionary stories with Meridian Magazine.  This letter comes from Elder Gerald N. Lund. 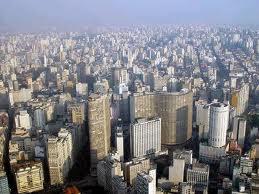 Sometimes, in addition to the timing, blessings come with such a unique combination of circumstances that it becomes very clear they are from the Lord.  Here is a remarkable example of what I mean.  The following story was shared with me by Elder Robert R. Steuer, one of my colleagues in the Second Quorum of the Seventy.   Some years ago, he served as mission president in São Paulo, Brazil.  It was his practice with newly arriving missionaries to give them real “missionary experiences” on their very first day as full-time proselyting missionaries.  To do this, after their orientation and a dinner at the mission home, they would be sent out that evening with their assigned companions.  The seasoned missionary would take the new missionaries out either tracting, street contacting, or giving discussions.

In one of the groups of new missionaries, there was a Brazilian elder who came from the far north of Brazil.  It took this missionary about three days travel by bus just to reach the MTC in São Paulo for his initial training.  On that first evening, after having a good meal, President Steuer announced that the new missionaries would then go out and do missionary work.  This new missionary’s companion decided they would go tracting, a frightening experience for this shy new elder.  The senior companion said he would take the first door and told his companion to watch closely how it was done as the second door would be his.

The  young elder protested, saying he was too frightened, but his companion proceeded to the first door.  When this young elder knocked on the second door, the senior companion stepped back and indicated for him to proceed.  He shrank back.  When the door opened, to the young elder’s utter astonishment, the person standing there was his older sister.  She had run away from home three or four years earlier.   The family had not heard from her since and had no idea where she was, or even if she was still alive.  One can imagine the sweetness of that reunion and the tears of joy that were shed that night.

As he concluded this story, Elder Steuer said two things that deeply impressed me and made the point I’m trying to make.   He said, “Not only was his sister one of the first nonmembers he contacted in the mission field, but she became his first convert baptism as well.”   Then he added,  “ As you think about that, Elder Lund, remember at that time there were between thirteen and fourteen million people in São Paulo!”

Used by Permission of  Elder Gerald Lund and Deseret Book

From “Divine Signatures, the Confirming Hand of God”