Missionary Moment: “I’ve Been Praying to Know How to be Forgiven of My Sins”

Mark Albright is the president of the Washington DC South mission and shares these missionary stories with Meridian Magazine.  This letter comes from Elder David P. Wright.

This past week has been fantastic!  On Saturday night we needed to find just 1 new investigator to reach our goals and obtain the DC Standard. Throughout the day we’d been doing a lot of tracting without much success. By about 8:00 p.m. we were feeling a little down. We drove to a neighborhood where we knew there were a lot of Hispanics, in hopes of finding a new family to teach. As we parked the car, Elder Simmons said,  “Well where do you want to go?” “Well,” I said, “let’s go down that way,” pointing down the street from where we were parked. Elder Simmons then said a prayer in the car, asking our Father in Heaven to bless us in our endeavors in finding his lost sheep in this area, and got out of the car. So we started walking up to the first set of town houses. There was a car running in one of the parking spaces and the woman inside looked Hispanic, so we talked to her. Come to find out she is an member who hasn’t been to church for a long time, and accepted a visit from us this weekend.

Even though we felt like we had found at least one lost sheep and that we had completed our purpose there, we kept knocking more doors for the last few minutes of the night. The first door we set up a return appointment for this weekend. The second door no one answered. The third door was answered by a teenager named Marvin who let us in. We started talking to him and about mid-way through talking about prophets his dad Wilmar walked in the front door. At first we were a little apprehensive about how we might look, sitting in his house without his permission, but he shook our hands and immediately sat down to listen. We proceeded to teach them both the first lesson, and when we extended the baptismal invitation they both accepted, telling us that they had never been baptized in any church (which is practically unheard of in the Hispanic culture).  Wilmar then told us that he had been praying to his Heavenly Father recently for a way to be forgiven and cleansed from all his sins.  We all felt we had been sent there in answer to his prayers.  We left that house feeling so blessed that Heavenly Father had given us the opportunity in the last hour of the day to find not just one of his lost sheep who had strayed from His church, but two others who are hopefully going to be received into His church by baptism this coming month.  It is so interesting how often the prayers of both the missionary and the investigator are answered at the same time! 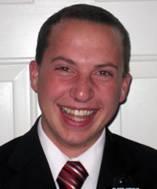