Blessed Are the Peacemakers | Meridian Magazine

Blessed Are the Peacemakers 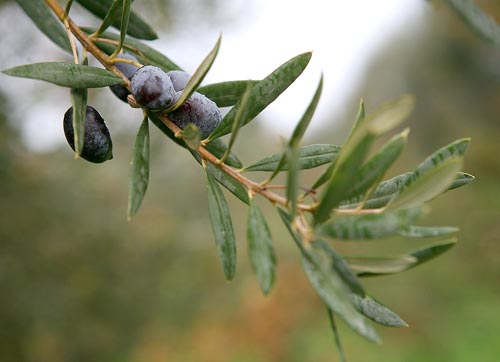 We have all experienced questions from others that left us feeling confused or humiliated. Often we are left wondering how to respond to cruelty and insensitivity. I recently read an article by a multiracial woman who had experienced several painful incidents of insensitivity. For example, an adult asked her when she was a child if she was black. As a young girl she felt embarrassed and small. She didn’t know how to reply.

Later in life, a fellow student asked her why she didn’t have big lips if she was black. She tried to formulate an answer even though convinced that the question did not merit one. To the woman’s credit, she has chosen to resist anger.

We have all been hurt by insensitivity or thoughtlessness. Someone at church says something that misjudges us. A group gathers and we are left out. Relatives accuse us of faults and failings. Every one of us gets injured by life.

I want to suggest another way of responding to thoughtlessness. When someone has treated us insensitively, maybe we can open their minds and hearts to our world. At the very least we can offer them grace. We have a rich history filled with examples of this great work of character.

In 1857, at the age of 19, Joseph F. Smith was returning from the Sandwich Islands by way of the “Southern Route” from Los Angeles to Utah. The wagon train with which Joseph F. was traveling made camp, when some “toughs rode into the camp on horseback, cursing and swearing and threatening what they would do to the Mormons.”

Joseph F. was a little distance from the camp gathering wood for the fire, but he saw that the few members of his own party had cautiously gone in the brush down the creek, out of sight. When he saw that, … the thought came into his mind, “Shall I run from these fellows? Why should I fear them?” With that he marched up with his arm full of wood, to the campfire where one of the ruffians, still with his pistol in his hand, shouting and cursing about the Mormons, in a low voice said to Joseph F., “Are you a Mormon?”

And the answer came straight, “Yes, siree; dyed in the wool; true blue, through and through.”

At that the ruffian grasped him by the hand and said: “Well, you are the [blankety-blank] pleasantest man I ever met! Shake young fellow, I am glad to see a man that stands up for his convictions.” (Teachings of the Presidents of the Church, Joseph F. Smith; p. 104).

Truly, his light shone in the darkness of hate and conflict.

One day the Prophet was visiting his parents’ home in Far West, when a group of armed militiamen came in and announced that they had come to kill him for a supposed crime. Lucy Mack Smith, the Prophet’s mother, described his gift for peacemaking:

“[Joseph] looked upon them with a very pleasant smile and, stepping up to them, gave each of them his hand in a manner which convinced them that he was neither a guilty criminal nor yet a cowering hypocrite. They stopped and stared as though a spectre had crossed their path.

“Joseph sat down and entered into conversation with them and explained to them the views and feelings of the people called Mormons and what their course had been, as also the treatment which they had met with from their enemies since the first outset of the Church. He told them that malice and detraction had pursued them ever since they entered Missouri, but they were a people who had never broken the laws to his knowledge. But if they had, they stood ready to be tried by the law. …

“After this, he rose and said, ‘Mother, I believe I will go home. Emma will be expecting me.’ Two of the men sprang to their feet, saying, ‘You shall not go alone, for it is not safe. We will go with you and guard you.’ Joseph thanked them, and they went with him.

“The remainder of the officers stood by the door while these were absent, and I overheard the following conversation between them:

“First Officer: ‘Did you not feel strangely when Smith took you by the hand? I never felt so in my life.’

“Second Officer: ‘I felt as though I could not move. I would not harm one hair of that man’s head for the whole world.’

“Third Officer: ‘This is the last time you will ever catch me coming to kill Joe Smith or the Mormons either.’ …

“Those men who went with my son promised to go disband the militia under them and go home, and said that if he had any use for them, they would come back and follow him anywhere.” (Lucy Mack Smith, The History of Lucy Smith, Mother of the Prophet, 1844-45 manuscript, book 15, pp. 8-10, Church Archives, The Church of Jesus Christ of Latter-day Saints, Salt Lake City, Utah.

Admittedly, most of us do not have the presence of mind or generosity of heart to respond to ugliness with graciousness. Yet we can develop this ability. We will become more useful to our Father as we do. Remember Jesus’ response to a lawyer determined to humiliate Him. Jesus delivered to his accuser one of the sweetest stories ever told: the Good Samaritan. He essentially invited the man to become a source of goodness rather than an agent for hurt.

I remember a tender woman in our ward who was often asked when she and her husband were going to have children. Those inquiring ward members did not realize that she was unable to have children, a fact that was deeply painful to her. She could react to their naïve inquiry by brooding. She could lash back. Or she might open the way for greater compassion and connection by saying: “My husband and I are not able to have children but we have resolved to love every child in our ward who comes within our reach.”

Maybe when we feel attacked, we can kindly invite the “enemy” into our experience. Instead of vilifying them because of the wounds they have inflicted, we can see them as someone who doesn’t understand our lives and struggles.

I believe that people do what they do for reasons that make sense to them. We should not confuse normal human clumsiness with maliciousness. The fact that we feel hurt does not mean that they intended to hurt us.

If someone commented on my race, I might ask if I could tell him about some of my courageous ancestors who came to this country from a distant land and faced terrible odds. If he remarked about my lips or some other physical feature, I might ask if I could share a story about a great-grandparent whom I resemble. We can turn awkwardness — and even hostility — into connection and understanding when our hearts are right.

Sometimes the insensitivity of others will catch us off guard.

At times it may overwhelm our defenses. And those are the ideal times to call on Jesus, the ultimate source of all grace.

Instead of becoming enemies of our enemies, we become a friend of God.

We do not allow our behavior or thoughts to be determined by the behavior of others. We turn to God in all things. In the face of insensitivity we offer grace and become blessed peacemakers.

Thanks to Barbara Keil and Annmarie Worthington for their insightful contributions to this article.

You may be interested in Brother Goddard’s books such as Soft-Spoken Parenting, Drawing Heaven into Your Marriage, and Between Parent and Child.  For more information about his books and programs, visit www.FamilyCollege.com or www.DrWally.org