Power in the Priesthood to Rescue Wayward Children

So righteous and faithful was Melchizedek in the execution of his high priestly duties that he became a prototype of Jesus Christ (Heb. 7:15). The Book of Mormon prophet Alma said of him, “Now, there were many [high priests] before him, and also there were many afterwards, but none were greater” (Alma 13:19). The Doctrine and Covenants states that Melchizedek was “such a great high priest” that the higher priesthood was called after his name. “Before his day it was called the Holy Priesthood, after the Order of the Son of God. But out of respect or reverence to the name of the Supreme Being, to avoid the too-frequent repetition of his name, they, the church, in the ancient days, called that priesthood after Melchizedek, or the Melchizedek Priesthood” (D&C 107:2–4; italics in original). (xxi)

By receiving the patriarchal priesthood, a man becomes a type of Melchizedek, that is, a king of righteousness and a priest unto God. Following this pattern, a righteous Melchizedek Priesthood holder, as a king, has the authority to reign in righteousness over his kingdom (family), as did King Melchizedek. Also, a righteous Melchizedek Priesthood holder is a priest unto the Most High God. Like Melchizedek, that man now has the power to preach repentance, give blessings, and bring his family to the saving priesthood ordinances “that thereby [they] might look forward on the Son of God . . . for a remission of their sins, that they might enter into the rest of the Lord.” (xxvi) As a king and a priest, a Melchizedek Priesthood holder has the power to establish peace in his family, which peace is the “rest of the Lord.” Thus he becomes a prince of peace to his wife and children.

Likewise, because the priesthood power to which we are referring is of the patriarchal order received in the temple, it is available to both men and women. Elder James E. Talmage said,

In the sacred endowments associated with the ordinances pertaining to the House of the Lord, woman shares with man the blessings of the Priesthood. When the frailties and imperfections of mortality are left behind, in the glorified state of the blessed hereafter, husband and wife will administer in their respective stations, seeing and understanding alike, and co-operating to the full in the government of their family kingdom. Then shall woman be recompensed in rich measure for all the [cultural and historical] injustice that womanhood has endured in mortality. Then shall woman reign by Divine right, a queen in the resplendent realm of her glorified state, even as exalted man shall stand, priest and king unto the Most High God. Mortal eye cannot see nor mind comprehend the beauty, glory, and majesty of a righteous woman made perfect in the celestial kingdom of God.” (xxv)

Of course a man cannot become a king unless he has a queen, and vice versa, and they together have a kingdom. As men become kings and priests by entering into this order of the priesthood, women become queens and priestesses in that same order. Together they partake of the temple priesthood ordinances and are thus jointly empowered to do the work of Melchizedek among their family—their kingdom.

It was this “order” [of the priesthood], coupled with faith, that gave Melchizedek the power and knowledge that influenced his people to repent and become worthy to be with God . . . Those ordained to this order were to “have power, by faith,” and, according to “the will of the Son of God,” to work miracles. Ultimately, those in this order were “to stand in the presence of God” (JST Gen. 14:30–31). This was accomplished by participating in the ordinances of this order. (xxvi)

Parents who recommit themselves to temple attendance and covenants and who strive to comprehend, appreciate and harness the power of the temple ordinances arm themselves do the godly work that only the Gods can do: the work of redemption for wayward souls.

Also, to receive a sample of my new 5-book series, The Three Pillars of Zion, <a target="_self" href="https://www.

In writing this article, I ran the risk on discouraging single parents, who cannot draw upon the support of a spouse or join together in exercising the inherent powers of the sealing. Please understand that the gospel is not mechanical; rather, it usually functions on the principles of faith and grace. We do what we can with what we have, and Christ always makes up the difference. Equal blessings come to those of equal faith, who equally trust the Lord. 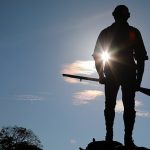 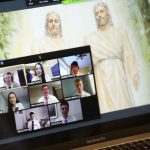 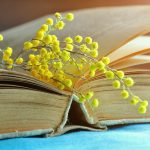 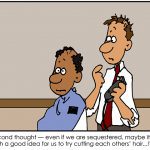 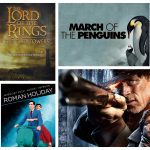 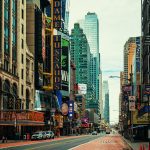 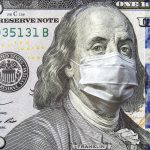