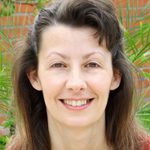 When Missionary Work is Second Nature

How to turn the salesman who has knocked on your door into a person who wonders why he is suddenly smiling and holding a Book of Mormon.

I love missionary work. Since I joined this church 17 years ago, I have shared the good news with everybody who wishes to listen. I even went on a mission to Greece a year after my baptism, at the tender age of 28. I was the first Italian ever sent to a then four-year-old Greece Athens mission, and suddenly I became very grateful to my parents who years before insisted that I obtain a diploma in ancient languages, including Latin and Greek. It was not too difficult to grasp modern Greek, but I ended up teaching mostly Albanians and speaking more Albanian than Greek! We were both foreigners in that country and related well.

Following 18 months of unsuccessful door knocking and street boards, I developed a strong faith that Heavenly Father really loves us and that at some point we’ll reap some good rewards for our missionary efforts. One of my rewards was to teach and baptize two fine Albanian ladies. Another one was an increased confidence in sharing the restored gospel message in England, the country where I live now, where Christians are increasingly criticized for being “bigots” and “narrow-minded”.

As a stay-at-home Mum, I don’t get many chances to meet lots of new people, so I always pray that missionary opportunities will come to me. Today Heavenly Father must have decided it was time to grant my wish as He sent me a salesman from Ipswich, a city which is an hour away from here. Well, to be honest I wasn’t very grateful when he rang our door bell: I had just started ironing while watching my kids who were playing in the garden, and you know that a hot iron is the last thing you want to leave unattended with a toddler and a 7-year-old around.

So when Lloyd first saw my expression as I opened the door, he probably guessed I wasn’t going to be very friendly. I used to work in market research, so out of empathy for him, I allowed him to explain what his aim was; he said he was trying to get donations for WWF. I told him that his was a worthy cause, but I already donate 10% of my income to my Church and part of this money goes to improve the world as we help individuals to cope with all sort of disasters and emergencies. Then I suddenly realized that this was my chance to share the gospel with my visitor.

He started telling me that he knew I cared for the environment and he had noticed that by looking at my vegetable patch.  He also specified that he was interested in it because of his Earth Zodiacal sign. I replied that when I want to know what’s in store for the future I look at the Bible instead and casually asked, “Do you go to Church?” He replied that he is a Roman Catholic and attends services once a month.

“That’s better than average” I thought quickly, and then I directed the conversation into the restored gospel and let him know how happy I was to have left the good things that the Catholic church taught me in Italy (my native country), for the better things that the Mormon church offered me.

I then looked at him with a big smile and asked, “Can I donate you a free Book of Mormon?” By then he had probably realized that his mission was failing and mine was not. He accepted and I run indoors and grabbed an already gift-wrapped Book of Mormon for him from my missionary shelf. Since I was there I also picked up a pass-along card and the video “Faith in Jesus Christ”.

Once outside again, I noticed with a grateful heart that he had not run away yet, and I gave him all three items, then briefly mentioned the First Vision and how the Church was restored. I used an old Book of Mormon to show him 3 Nephi 11 and explained that if he started there he could read about Jesus; I also invited him to pray to know if the book is true.

Lloyd was still smiling widely and said “You got me”. I took it as a positive sign and proceeded to give him my short and heartfelt testimony, and when I found out he lives in a different city, I informed him that a big Church group was meeting there, and they would be very happy to see him this Sunday.

He then shook my hand to say goodbye and started to walk towards the road where his colleagues were waiting for him. As he passed our gates he turned towards me and said “You are a better salesman than me!”

So this is how a salesman whose aim was to convince me to donate money to the WWF ended up holding a Book of Mormon, an LDS video and a pass-along card instead.

I am so thrilled that I had this opportunity and that I was ready with lots of materials so he can follow up on my statements. Now he can decide to act upon my invitations and I really hope he will do that and find happiness in his life.

Now I know what to do when the next sales person knocks on my door…….