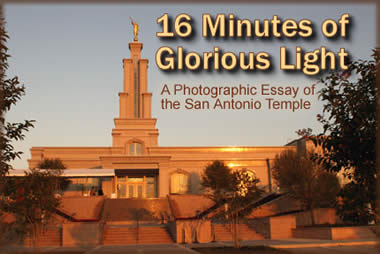 The pictures of the San Antonio Texas Temple in this essay were shot in 16 minutes, just as the sun rose on dedication day. 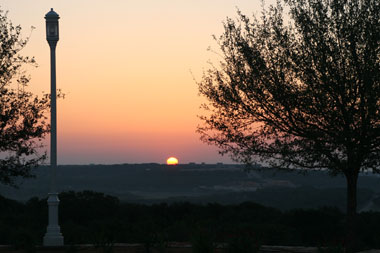 On this morning of the San Antonio temple dedication, just before the sun arises, we are at the temple lot.  Only a handful of people have already arrived—members of the temple presidency and the physical facilities chairman.  The lines of people, in their best clothes, holding dedication tickets, will come later. 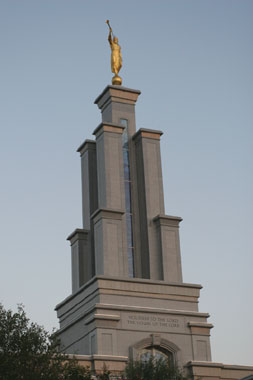 We are here early for a purpose—to catch that first light that bathes the world in sumptuous glow, painting one part of the scene at a time.  It starts by touching the gold-leafed Moroni, an angel flying in the midst of heaven having the everlasting gospel.  Then the light slides down the temple spire and touches the engraved “Holiness to the Lord” until it burns. 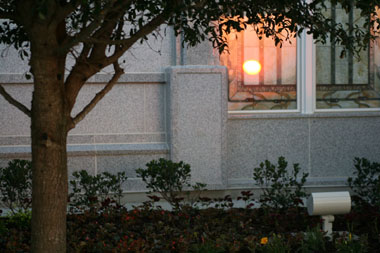 There’s always some feeling in the air the morning of a temple dedication.  It’s a pregnant feeling, a pause in the heavens, it seems.  If you pay attention you can catch it. 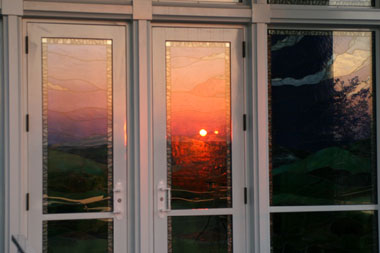 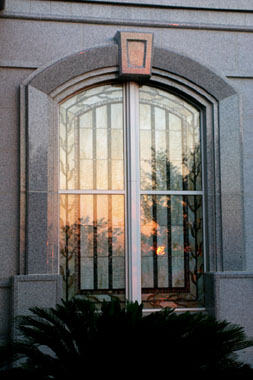 It seems to be marked with a joy that is as close to unspeakable as can be found in this realm.  Miracles surround the building of a temple, not just in the construction, but in the building of the souls of the people.  We’ve always thought of the temples as placed on the very fastening points of creation. 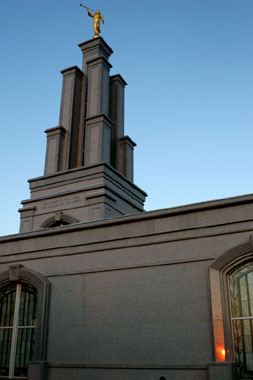 Brigham Young said that when the Saints build temples all the bells in hell start ringing. But on a day like this, we can’t hear them. The bells of heaven are ringing louder. 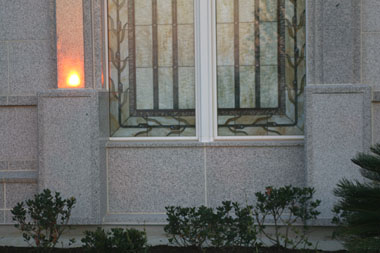 A photographer knows that two times of day, there is magic light—just as the sun rises and just as it sets.  Things take on a golden glow that is as temporary as the vulnerable green of first spring.  It’s here and then gone.  You have to work fast to capture what won’t last. 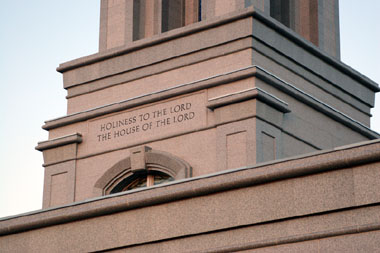