The Turning: Why the State of the Family Matters | Meridian Magazine

The Turning: Why the State of the Family Matters 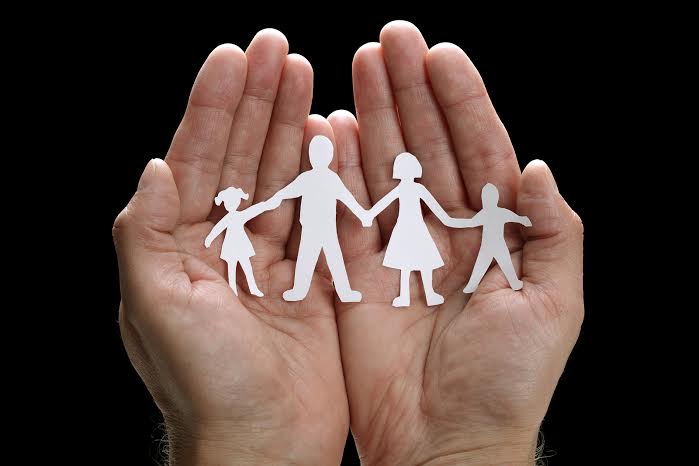 Richard and Linda Eyre are New York Times #1 Bestselling Authors and frequent contributors to Meridian. Their landmark new book THE TURNING: Why the State of the Family Matters and what the World can do about it, will be published at the end of this month. Go to www.The-Turning.com for information on how to guarantee yourself an early copy by pre-ordering at a discount.

Together and separately we have written more than 40 books over the past four decades. More than half of them have been about marriage, parenting, and families. Several have been bestsellers and one, Teaching Your Children Values, reached #1 on the New York Times list. Another parenting book, Teaching Children Joy, spawned Joy Schools, a preschool curriculum that has been used by a quarter of a million families. We have been greatly honored, through our writing and speaking, to play a small role in so many of your homes and families. 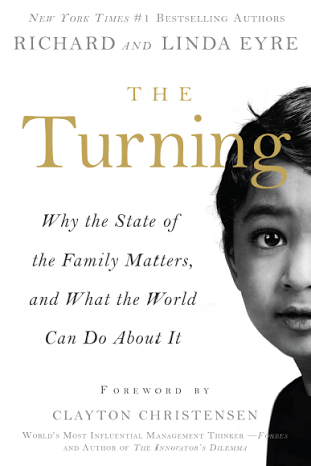 BUT, we have to tell you that none of our previous writing has been anywhere near as important as this new book that will be released in September. We have spent the last seven years working on this one, and it tries to suggest not only how we can each save our own families and help our children thrive in todays unprecedentedly difficult world; but also how parents can band together and create a movement that persuades large institutions from media to education and from big businesses to big banks to stop policies and actions that hurt families and start doing more things that help them.

Those of you who are familiar with our other parenting books know that they are mostly “how-to books.” The Turning, on the other hand, is essentially a “why-to” book because we have become convinced that it is only when we understand the forces working against us that we will be motivated enough to create a family culture stronger than all of the other cultures that swirl around our children.

So here are a half-dozen things we wanted you, our loyal Meridian readers, to know about The Turning before it is actually published:

1.The title is based on the last verse of the last book of the Old Testament, which says that unless the hearts of parents are turned to their children and the hearts of children are turned to their parents, the earth will be cursed. Another similar scripture tells us that unless this turning occurs, the whole earth is wasted. Part One of the book is about the shocking and dramatic turning away from family that has happened in the last few years. Part Two is about how we can turn back.

2.The breakdown of families is much worse than you thinkthe turning away and the downward trends are much steeper than most people imagine. A generation ago, families were the norm, commitment was the ideal, and children were the hope of most adults. Today in many European countries, 80% of first children are born outside of marriage. In the US, among couples moving in together, four times as many choose to cohabitation as choose marriage. All over the developed world, the very desire for marriage and children is slipping away and more than half of the earths countries now have a birthrate that is below replacement level.

3. Not long ago the worry was the divorce rate; now the worry is that people dont get married at all, choosing the more convenient and flexible idea of cohabitation. And the newest trend is to not even do thatsimply to live alone and find intimacy or companionship when you need it at a bar or a club. Some major world cities now have the majority of their residences occupied by one single individual. The replacement of one trend with a worse one, and then a worse one begins to look like a death spiral for families.

4. Traditional families, once the silent majority, are now the silent minority. And too many of us within that traditional minority persist on thinking that the world is pretty much like it was when we were growing up. We need to understand that almost nothing is the samethat the internet culture and the peer culture will rip our children out of our hands if we dont know them well enough to fight them. What is needed is a movement to fortify families by celebrating commitment, popularizing parenting, bolstering balance and validating values. Such a movement needs a manifesto or some kind of a banner to rally under. The Turning seeks to be just that.

5. The place the movement starts is in our own homes. Chapter Nine, the longest chapter in the book is essentially a book within a booka parenting book within a movement book. It lays out Seven Focuses that parents can key in oneach one designed to combat a false or damaging paradigm in the world and to help us re-prioritize, re-commit, and re-invent ourselves as we turn our hearts evermore to the relationships that really matter. Within this chapter we pull together what we think is the cream of the crop of all the parenting and relationship how-tos that we have developed over the years and in all of our other books.

6. The last part of the book suggests that parents are actually the biggest special interest group of all, yet we have very little voice and very little power. For those who are interested, we try to describe nine powerful “engines of change” that shape our society today: Business and Industry; Philanthropy and NGOs; Government and Politics; Media, Sports and Entertainment; Education; Professional and Self-Improvement; Writing, Advertising and Public Relations; Internet; and Church and Religion. We make the case that these large institutions that once supported and supplemented families, are today often sabotaging and substituting for families. Then we are bold enough to suggest what they should stop doing to families and what they might start doing for families.   A grassroots movement is contemplated whereby the special interest group of parents might start being heard and having influence.

Can the Book make a Difference? and how to help it to do so:

Here are some steps we have in mind, all pre-publication, all in August before the books appearance in early September: We are asking you to JOIN US in this effort by simply taking them one at a time and not taking the next step until you feel good about the step before it.

First, take a look at the sample of the first 30 pages that appear on www.The-Turning.com to get an idea of the scope and the hope of the book.

Second, please forward a link to this article to 25 or more people from your address list that you think would be interested and/or in need of some of the books content.

Third, pre-order the book on Amazon right now because pre-orders are what will get it on bestseller lists and give it the visibility to get into more homes. It will also insure that you get the book on the first day it is available.

Pre-order at a discount here.


Thanks, and all the best to you and your family, Linda and Richard

PS: One more way to think about this whole thing: There is no shortage of books that try to explain things.from climate change to personality traits to the stock marketbut to date, there has not been a book that attempts to explain one of the most important and puzzling realities of our timethe decline and rapid disappearance of the committed and traditional family. How can something as instinctive and natural as the family be disappearing?

As Clayton Christensen says in his foreword, “Analysts, data, and statistical packages have made little progress against these scourges (of the family). And they never will because their tools and methods are designed to describe, not explain.” He goes on to say, “great science simplifies. It proposes not the many things that are correlated to the outcome of interestinstead it shows us the cause.”

That is what we are trying so hard to do in this bookfind and reveal the cause of family decline, because then and only then can we find a cure, both for our own families and for the families of the world. What each of us needs to remember is “If you cant explain whats happeningthen it could happen to you!”

I am chomping at the bit to read this- what a great idea. The most interesting and fun month of my life was, when I living in Japan, and invited their family to spend a month with you. My neighbors opened up Japan to them and their children- they live their books and are wonderful, great people.