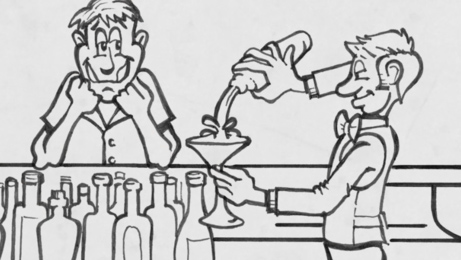 A Deseret News editorial about the importance of curbing alcohol abuse cites recent reports from the Centers for Disease Control (CDC) and the World Health Organization (WHO) that show the destructive influence of excessive alcohol consumption in the United States and around the world.

A June CDC report says alcohol abuse accounts for 1 in 10 deaths among working-age adults (ages 20-64) in the United States 88,000 deaths per year between 2006 and 2010. And a May WHO report says 3.3 million deaths in 2012 nearly 6 percent of all deaths around the world that year were due to excessive alcohol consumption.

“More needs to be done to protect populations from the negative health consequences of alcohol consumption,” says Dr Oleg Chestnov, WHO assistant director-general for Noncommunicable Diseases and Mental Health. “The [WHO] report clearly shows that there is no room for complacency when it comes to reducing the harmful use of alcohol.

In Utah, where more than 2 million members of The Church of Jesus Christ of Latter-day Saints live, comprehensive state alcohol laws have served people well. Utah has the lowest number of alcohol-related traffic deaths per capita of all 50 states and ranks at or near the bottom of several other national alcohol-related statistics.

“While no states system is perfect or immune from the death toll brought on by alcohol, Utah is fortunate to have its balanced set of restrictions on marketing and distribution,” the Deseret News editorial says. “They continue to produce favorable impacts in curbing a social problem that claims the lives of 1 in 10 working-age individuals.”