When a Loved One Wanders to the “Far Country” 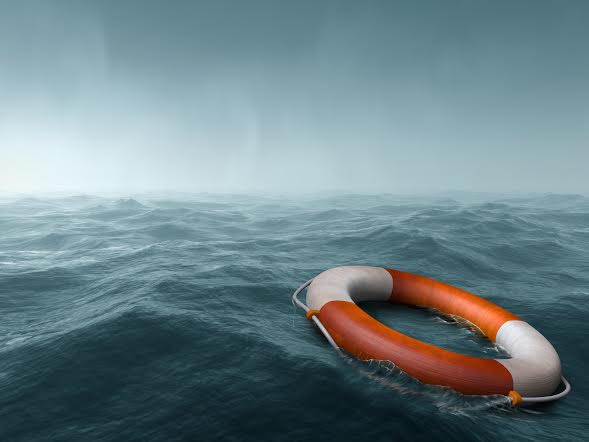 (This article is adapted from Rescuing Wayward Children. Click to view).

No place is more frightening for parents of wayward children than the “far country.” Is there hope of divine rescue even when a child strays to that distant place of wanton decadence and perversion? The answer is in the teachings of Jesus.

The Pharisees and scribes challenged Jesus for receiving sinners and eating with them. To defend his actions and to reveal the central purpose of his mission, the Savior gave three parables that are located in Luke 15: “The Lost Lamb,” “The Lost Coin,” and “The Prodigal Son.” The final parable is like a grand crescendo that can leave us breathless. Few other scriptural statements describe the work of the Father and the Son better than “The Prodigal Son.”

In this story, the selfish son of a righteous father brazenly demands his inheritance for the express purpose of leaving home and exiting to the “far country.” This is a place of abject wickedness and “riotous living.”[i] No place could be further from home, and yet the boy’s father manages to reclaim the errant son. Is that really possible or is it just a convenient story that Jesus used to get the Pharisees off his back?

Our children swim in a sea of sin. It is impossible to avoid sin from washing over them. The tidal wave of iniquity that we parents experienced in our day has become a tsunami for our children. And there are casualties.

Why else would Mormon (who was writing only for our benefit) choose to spend so much time on the rebellion and conversion stories of Alma the younger and the sons of Mosiah?[ii] Why else would he carefully glean from Nephite history the heartbreaking account of the disbelieving children, who succeeded their righteous pioneer forefathers?[iii]

Why else would God inspire the compilers of the Bible to include the conversion story of the young, vile and sinful Paul, who, upon repenting, became one of the greatest apostles and missionaries in history?[iv] Is there not a last-days’ parallel in these accounts?

Nothing Shall Be Impossible with God

Clearly, we live in the prophesied generation whose decadences and perversions rival those of Enoch and Noah’s. But we must not collapse under the crush of latter-day realities. In every situation, the Lord prepares a way of escape.[v] Nevertheless, when our children slip off the path of safety and appear to be spiraling into a free-fall, we often panic and underestimate the far-reaching effects of the Atonement.

The Examples of Alma and the Sons of Mosiah

Alma the younger, who categorized the seriousness of his sins with near murder,[viii] “became a very wicked and an idolatrous mana man of many words, and did speak much flattery to the peoplehe led many of the people to do after the manner of his iniquities.” Apparently he and the sons of Mosiah established a type of secret combination[ix] to “destroy the church” and “to lead astray the people of the Lord, contrary to the commandments of God, or even the king.” They “rebelled against God” and stole away “the hearts of the people, causing much dissension among the people; giving a chance for the enemy of God to exercise his power over them.”[x]

Few of our wayward children will sink lower than did Alma, and yet within two days of his coming face-to-face with the truth, he repented and testified that he had been “born of God,”[xi] snatched–grasped or seized hastilyfrom certain “everlasting burning” and “eternal torment.” Likewise, the sons of Mosiah, Alma’s companions in rebellion, who were described as “the very vilest of sinners,”[xii] repented and were promised eternal life.[xiii] Again, few of our children will fall this low, and yet God found a way to rescue them and make them “instruments in his hands.”[xiv]

The Example of Lamoni

When Lamoni, a king so wicked that he murdered his servants merely for falling short in performing their duty, was presented with the truth, he embraced it so thoroughly that his strength failed him and he “fell to the earth as if he were dead.”[xv] Remaining in this condition for two days and two nights, he was “under the power of God” and “the dark veil of unbelief was being cast away from his mind.”

Moreover, “the light which did light up his mind, which was the light of the glory of God, which was a marvelous light of his goodness–yea, this light had infused such joy into his soul, the cloud of darkness having been dispelled, and that the light of everlasting life was lit up in his soul [had] overcome his natural frame, and he was carried away in God.”[xvi]

When Lamoni awakened, he bore this testimony: “I have seen my Redeemer.” Again, few of our children will achieve the gross wickedness of Lamoni, but nevertheless, the Lord was able to “snatch” him from an incalculable distance and draw him back.

The Example of Lamoni’s Father

Lamoni’s father, the preeminent Lamanite king, also a documented murderer, experienced a mighty change of heart when he, too, was presented with the truth. Now realizing that no quantity of possessions or continued indulgence in sin could replace the loss of his soul, he cried out to Aaron:

Then praying mightily to God, “I will give away all my sins to know thee, and that I may be raised from the dead, and be saved at the last day.

”  Upon his cry for deliverance, the Spirit overcame him and “he was struck as if he were dead,”[xviii] and when Aaron had raised him up, the old king became the missionary to his people, “ministering unto them.”[xix]

The unspoken lesson is repeated once again: few of our children will sink lower than the father of Lamoni, and yet the Lord had the power and the desire to rescue him.

They Never Did Fall Away

Upon Lamoni’s father’s conversion, religious liberty was proclaimed throughout the land, and tens of thousands of Lamanites abandoned their sins, which had been perpetuated by the wicked traditions of their fathers. The strength of their conversion carries a comforting promise to latter-day parents: once these sinners were reclaimed by the power of the Atonement of Jesus Christ and had become “converted unto the Lord,” they “never did fall away.”[xx]

Mormon describes them with this language: “For they became a righteous people; they did lay down the weapons of their rebellion, that they did not fight against God any more, neither against any of their brethren.”[xxi] To distinguish themselves as people of God, they assumed the name Anti-Nephi-Lehi, “and the curse of God did no more follow them.”[xxii]

They had been “the most lost of all mankind” and had committed “many murders,”[xxiii] and yet once they were presented with the truth and embraced it with all their hearts, they exclaimed, “The great God has had mercy on us, and made these things known unto us that we might not perish; yea, and he has made these things known unto us beforehand, because he loveth our souls as well as he loveth our childrenOh, how merciful is our God!”[xxiv]

Even the Worst Sinners can be “Snatched”

Imagine, no more sin by false tradition; no more sin by choice; no more curse; no more weapons of rebellion; no more distance from God. Even the “most lost of all mankind,” who had committed “many murders,” can be “snatched” by the power of Jesus Christ from “everlasting burning and eternal torment.”

Other scriptural accounts could be cited, but these examples should signal the universality of the Savior’s redemptive power and message. Again, few of our children will approach the abysmal level of sin that these people achieved, and yet the Lord had the desire and power to reach and rescue them…in an instant! With some degree of confidence, then, we might speculate that Mormon did not choose these stories randomly; rather, he likely chose them to demonstrate that even the vilest of sinners can be “snatched” and redeemed at a moment’s notice.

Mormon’s tight grouping of these stories, which comprise chapters 27 and 28 of Mosiah and chapters 17 through 23 of Alma, seem to indicate that Mormon was trying to drive home at least two redemptive messages:

1.Excluding the sons of perdition and those who have had the full light then shed innocent blood,[xxv] no one, absolutely no one, is beyond the redemptive reach of the Savior.

2.At some time, every son and daughter of God will be presented with the full truth and given a clear choice.

Clearly, the conversion experiences of Alma, the sons of Mosiah, Lamoni and his father, and the Anti-Nephi-Lehies are to be understood as universal experiences. Heavenly Father, who is both just and merciful, would not condemn his children with an immutable, eternal judgment without first laying out the truth and extending to them a choice. For beyond the issue of our sins, which by repentance can be covered by the Atonement, we will be judged by the desires of our hearts.[xxvi]

We are assured that the Savior will accomplish this miracle of redemption in his own time, and if there is one thing that he has lots of, it is timeall of this life, including life in the Spirit World, up until the moment of resurrection.[xxvii] Therefore, time is on his side. He is always on time, despite our occasional accusation that he is late. He has promised that he will not “delay his coming.”[xxviii] Rather, he will employ all the resources of heaven to reclaim and redeem his wayward children.

The Prophet Joseph Smith took a long view on the redemptive process. He said, “There is never a time when the spirit is too old to approach God. All are within the reach of pardoning mercy.”[xxix]

And then to give us hope, he taught: “Our Heavenly Father is more liberal in His views, and boundless in his mercies and blessings, than we are ready to believe or receive.”[xxx]

Because we cannot imagine redemption now does not mean that it is not on the way. And when redemption comesand it will comeit will be as marvelous as the Redeemer, whose commission this is.

We must cling to that hope, and we have every reason to expect that our hope is not in vain. Elder Joseph B. Wirthlin spoke of the Friday of Jesus crucifixion as the darkest day in history. The mighty Jesus apparently had been defeated by his enemies, and the confused, devastated apostles could only watch helplessly.

But Friday’s darkness could not endure. On Sunday, the glorious Savior burst the bands of death, and the brightest day in history dawned.

This article is adapted from Rescuing Wayward Children.Click to view. Follow our Internet project: <a href="https://www.

[xxv] Joseph Fielding McConkie and Robert L.Millet, Doctrinal Commentary on the Book of Mormon, 4 vols., 1:, p.257: “Murder is thus a sin unto death,” wrote Elder Bruce R. McConkie, “at least concerning members of the Church, to whom this revelation [D&C 42], which is entitled ‘the law of the Church,’ was addressed. We do know that there are murders committed by Gentiles for which they at least can repent, be baptized, and receive a remission of their sins. (See 3 Nephi 30:1-2.)” (A New Witness for the Articles of Faith, p. 231.)

I found this comforting hope you do too