An Inspired Rescue from the Poverty of Calcutta 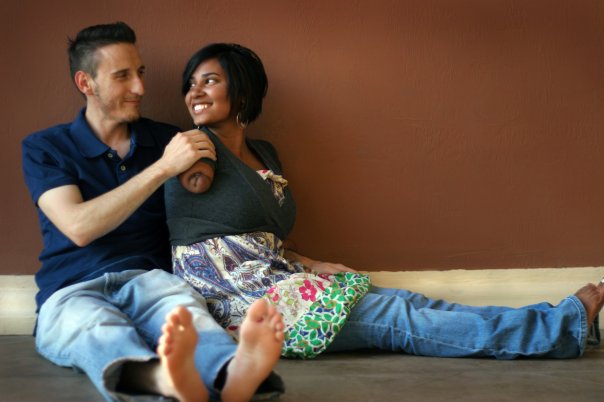 As I watched the young mother, Shanthi Kimball, struggle with her two little children during our ward’s Mother’s Day program last week, I couldn’t help but admire her determination.  She changed diapers, fed her baby, tried to entertain her children and keep them quiet, all without hands.  Later in the week I asked her if she would be willing to share with me her story.  She explained that she had been born near Calcutta, India, in 1985 to a poor young girl barely 10 or 11.  She had no idea who her natural father was.  When Shanthi was just two months old, her struggling mother felt she could no longer care for herself and her baby, and so she stepped in front of a speeding train to end both of their struggles.

The resulting accident ended the life of her mother and resulted in Shanthi losing both of her arms.  Shanthi was found about 3 hours after the accident, and taken to an orphanage where her bleeding arms were wrapped by the staff.  No doctors or hospitals were available to help render aid.  Eventually her arms healed on their own without any medical attention or surgery. 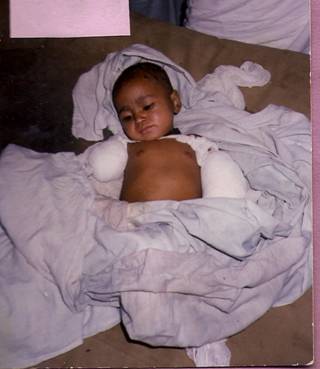 I was stunned at her story, but Shanthi explained to me the appalling economic situation of the millions of people in India who live below the poverty level in huge slums without adequate food, and often without power, water or utilities.  Sewage runs down the streets of the worst slums.  The depths of poverty in Calcutta can be incomprehensible to Americans.  The poverty in just eight Indian states (out of 28 states) is equal to or worse than 26 of Africa’s poorest countries.  An estimated 69% of the Indian population do not have access to sanitary equipment.  The poverty is so extreme that thousands commit suicide to escape their dire situations. 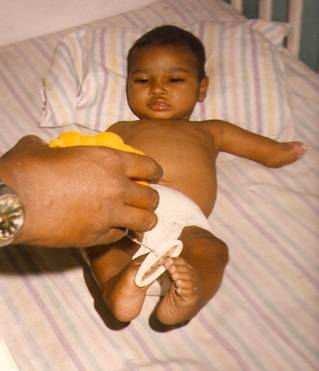 Many of the poor have no hope of ever escaping the vicious trap of either being homeless or residing in unregistered slums with no identity cards or ration cards. UNICEF statistics reveal that 31 million children live as orphans in India.  Some experts estimate that the number is actually higher, particularly if the street children living in India’s slums are included.  UNICEF contends that more than 1 million child deaths in India can easily be prevented every year.  After seeing the poor on the streets outside of St. Mary’s in Calcutta, Mother Teresa asked her church leaders if she could help them.  She left the school in 1948 so she could minister to the poor of Calcutta and elsewhere for the rest of her life. 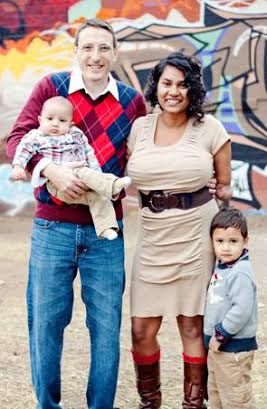 A recent survey found 42 percent of children in India under five are underweight; almost double that of sub-Saharan Africa.  Some 3,000 children die daily due to illnesses related to poor diets.  This led Prime Minister Manmohan Singh to admit in 2012 that malnutrition was “a national shame” and was putting the health of the nation in jeopardy.  A new government project in India permits parents to give unwanted baby girls anonymously to the state, saving them from possible death in some regions where daughters are seen as a burden and where their murder is a common reality.

Against these incredible odds, Shanthi was able to escape the cycle of poverty and death in Calcutta when an LDS family in America saw her photo in a brochure describing the plight of India’s orphans, particularly unwanted girls with handicaps and missing limbs.  A loving LDS family from Montana saw her photo and felt prompted to reach out and rescue her.  Through prayer and promptings of the Holy Ghost, the family felt that “Shanthi was the child ordained in heaven to be their daughter.” (From her adoptive father’s journal).  Unfortunately, the number of international adoptions has dropped nearly 50% since 2004 due largely to rising regulations and growing sentiment in many countries against sending orphans abroad.

The complex international adoption was eventually approved and Shanthi flew to America to begin a new life at the age of 3 with a growing family of 9 children to whom she was later sealed in the Seattle temple.  As she grew, Shanthi was able to be baptized, attend young women’s camp, learn to drive a car with her feet, and obtain an art degree from UNLV.

Shanthi learned to eat with American-style utensils using her feet, to use a computer and to draw and paint with her feet.  She brushes her hair and dresses using her feet.  She enjoys cooking and raising her two babies and appreciates her blessings. Shanthi was recently called to assist her ward camp director at girl’s camp this summer.  Because her feet are her hands, she wears flip-flops to keep her feet readily available.  Her abilities as an artist, both with a brush and a computer, are amazing. 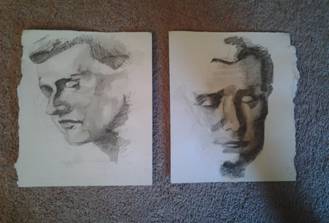 While attending the LDS singles ward at UNLV, she met and fell in love with Conrad Kimball.  They were sealed in the Las Vegas temple in 2008.  Shanthi explains that “I am just grateful for the opportunity to be a mother, and I don’t harbor any resentment for what my [birth] mother did that day long ago in Calcutta.  She was just a child herself.  I don’t know what drove her to do what she did, but I’m sure in the next life she will be able to explain to me what happened.”

Shanthi is a wonderful example of forgiveness and determination to succeed in spite of the trials and adversities that we encounter in life, often through no fault of our own.  She has learned the art of counting one’s blessings and being happy in spite of adversity.

Read a story last week in the Deseret News about Shanthi and had lots of questions. This article filled them in. Thank you. It was so inspiring to read about this wonderful woman.

beautiful story, thanks for sharing. Also as my dad is from India and I have a sister with the same name- though w/o the last h- (ie my sis spells her name Shanti though she goes by a nickname). Anyway, you might find it interesting that Shanti in Hindi means "peace" as I understand!