America’s current energy boom may take a new direction thanks to the discovery of a new way to turn raw natural gas into upgraded liquid alcohol fuel.

In the March 14 issue of Science magazine, chemists from Brigham Young University and The Scripps Research Institute detail a process that could reduce dependence on petroleum. 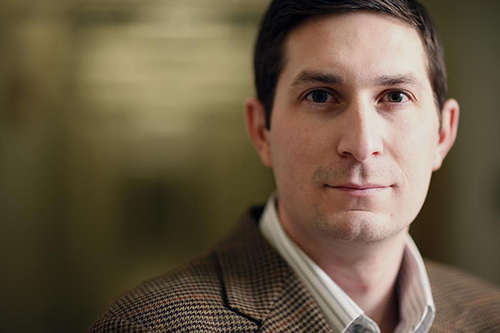 The most unexpected breakthrough in the paper was that ordinary “main group” metals like thallium and lead can trigger the conversion of natural gas to liquid alcohol. The research teams found that natural gas to alcohol conversion occurs at 180 degrees Celsius – just a fraction of the heat needed with traditional “transition metal” catalysts (1400-1600 degrees Celsius). BYU professor Daniel Ess, one of the study authors, used chemistry theory to understand how and why this process works at low temperatures and under mild conditions.

“This is a highly novel piece of work that opens the way to upgrading of natural gas to useful chemicals with simple materials and moderate conditions,” said Robert Crabtree, a chemistry professor at Yale who is familiar with the new study.

The discovery comes at a time when natural gas production is booming in America – a trend that is expected to continue for the next 30 years. The new process cuts out an entire step of the process for fuel production. Ordinarily the three main parts of raw natural gas – methane, ethane and propane – are separated before they are turned into fuels or other useful chemicals.

“Hardly anybody actually tries to do reactions on a genuine mixture that you would get from natural gas,” said Ess. “Turns out we can just directly use the mixture of what comes out of natural gas and convert all three of them together.”

The potential benefits aren’t limited to the production of fuel, Ess said. Many chemicals derived from natural gas, such as methanol, are also important in manufacturing.

“Whether you use methanol to burn as a fuel or as a chemical commodity for products, this process cuts down energy usage,” Ess said.

This is the second time in 2014 that Ess has seen his research appear in Science, which consistently ranks as one of the top two scientific journals in the world. In January, the journal published another paper he co-authored about synthesizing molecular compounds. He’s also teaching organic chemistry to 150 undergraduate students at BYU this semester.

Nice work! So, when can we expect to see a reduction in gas prices?