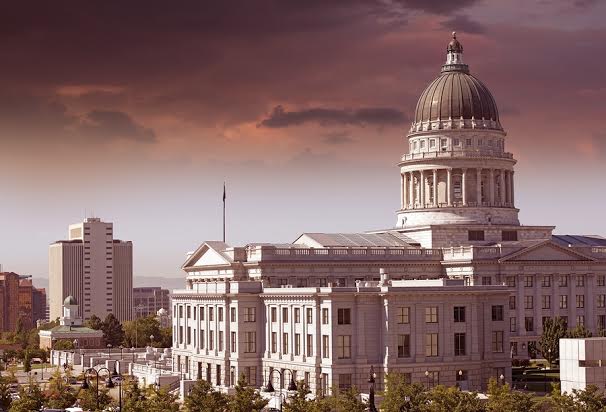 Utah’s right to define marriage in a way the citizens believe is in the best interest of children and society is defended in a a 120-page appeal submitted to the 10th Circuit on Monday by Gene Schaerr, Special Assistant Attorney General and his team of attorneys.

If you are not sure why man-woman matters, it is an important brief to read. They argue that marriage legitimately advances state interests in providing an institution through which the “creation, nurture, and socialization of the next generation is mainly accomplished.”

Utah’s marriage laws are designed to provide real-world benefits to children and therefore to the future, and a state has a right to advance and fortify marriage as its legitimate interest.

The brief states, “Whatever the effectiveness of traditional marriage laws in other states, Utah’s marriage laws and policies are achieving remarkable results. As Prof. Price affidavit demonstrates, Utah has the nations lowest percentage of unwanted births – 19.4% less than half the national average of 41%. Utah also ranks first in the percentage of children being raised by both parents from birth until age 17-78.6% compared with the national average of 60.5%. This no doubt explains why the cost to Utah taxpayers associated with children live in other arrangements is among the lowest in the nation. But far more important is the benefit to children themselves”

“‘Compared to children born in all the states, a child born in Utah has the best chance of knowing and being reared by his or her biological married mother and father.’ That fact also likely explains why Utah has a very small percentage of its children growing up in poverty-15%, the fourth lowest in the nation, compared to a national average of 23%. It also likely explains why Utah children, even in the lowest income households, have one of the highest rates of upward mobility.”

The brief states that Utah voters in “enacting the constitutional amendment known as the amendment three, reaffirmed among other things their firm belief –also supported by sound social science–that moms and dads are different, not interchangeable, that the diversity of having both a mom and a dad is the ideal parenting environment.

“That model is not intended to demean other family structures,, any more than giving an “A” to some students demeans others. As between mutually exclusive models of marriage, the man-woman model is simply the one the state and its people believe is best for children.”

“What makes the decision about redefining marriage particularly poignant is not merely the uncertainty inherent in predicting its long-term effects. It is also the mounting evidence that such a redefinition poses real, concrete risks to children-especially in future generations.”

The Shifting of Our Understanding

One of those primary risks, according to the brief, is the shifting of our understanding about what marriage is. Marriage has long been society’s way of organizing and ordering itself for the sake of focusing on the best possible outcome for children. “The perennial challenge for societies throughout history has been to establish a means of formally linking mothers and fathers with their offspring so as to maximize the welfare of children.” This is why it has been in the interest of a state to fortify and support marriage.

Institutions, like marriage, “are maintained by shared public meanings-a web of expectations and understandings that profoundly influence behavior.”

The core meaning of marriage cannot be simultaneously “a man and a woman” and “any two persons.” Why? Because “one meaning necessarily displaces the other, leading to different understandings, incentives and behaviors. Moreover, as the new meaning is mandated in texts, in schools, and other parts of the public square, the old institutions no longer channel perceptions and conduct.”

“A statement on marriage and the law by 101 legal scholars and social scientists notes that the basic understanding of marriage quote underlying much of the advocacy for redefining marriage quote is seriously flawed. That is because it is the adult centric’, training on the rights of adults to make choices, and because it fails to treat with intellectual seriousness any potential consequences that changing the basic legal definition of marriage may have for the children of society, “such as “disconnecting marriage from its historic connection to procreation.”

The brief notes: “Such a development-and the consequent reduction in governmental encouragement for marriage-could well cause a substantial decline in the publics’ interest in marriage, similar to the decline already seen in many parts of Europe. For example a 2002 survey by the international social survey program reported that only 15.7% of Swedes, 16.9% of Belgians and 22.7% of Netherlanders believed that married people are generally happier.’

“Even more troubling, only 30.9% of Swedes, 31.5% of Belgians, and a mere 25.3% of Netherlanders thought people who want children ought to get married.’ Not surprisingly, marriage participation rates in these three nations are similarly low. Any social institution with so little public support and participation Has lost much of its societal value and can no longer serve as effectively as an instrument of social policy.”

The brief outlines some of the risks to children if our understanding of marriage is deconstructed:

a)      A risk of increased self-interest in parenting decision-making on a range of issues, including recreation, career choices and romantic relationships rather than a marriage culture that encourages parents to subordinate their own interests to the needs of their children.

b)      A risk of increased fatherlessness (and motherlessness) with all the emotional, social and economic damage that has been shown to create.

c)      A risk of reduced birthrates, with a demographic and economic crises that could bring.

The brief states that a state “has a compelling interest and rational basis for minimizing each of those risks.”

The Authority of the State

A burning question in this appeal is if the federal government has the right to interfere with a state’s marriage laws as happened in this case.

“At the time of the adoption of the Constitution the states had full power to define marriage and the Constitution delegated no authority to the government of United States on that subject,” the brief notes.

In fact, “a few short months ago, the Supreme Court held in United States v Windsor that states have the authority under the federal Constitution to abandon the traditional man woman definition of marriage and to redefine it in genderless terms–a power the court said falls within the states broad authority to regulate the subject of domestic relations.

“The question here is whether Utah can use that same authority to retain the man woman definition.” The brief asserts that yes the state does have that authority to maintain its own definition of marriage. It is a right that the courts have reiterated belongs to the states.

Same-sex Marriage as a Fundamental Right?

According to the Supreme Court, a fundamental right are those liberties “which are, objectively, deeply rooted in this nations history and tradition, and implicit in the concept of ordered liberty, such that neither liberty nor justice would exist if they were sacrificed.”

What is deeply rooted in this nation’s history is man-woman marriage.

Will the various arguments of the brief, only a few of which we’ve mentioned here, prevail? It is hard to read. What is certain is that the same-sex marriage debate has landed Utah right on the frontlines.

There is a reason why, from the beginning, God biologically required a pair, of opposite sex, to create a new living soul. Some get it. Obviously, some don't. Fortunately, what one thinks does not alter either the reason or that requirement.

Their rationale is based upon the effects of same-sex marriage on children. The problem is that there are no proven negative effects on children. Furthermore, if marriage were only about children then I would hope that we would not see any infertile couples or any couples with no desire to have children get married.