How to Connect with Your Extended Family on Facebook | Meridian Magazine

How to Connect with Your Extended Family on Facebook

At a recent family funeral, cousins, whom I rarely see, gathered together, shed tears, and found such warmth and insight in each other’s company that we couldn’t stop talking. Our circle moved from the cultural hall, to the Relief Society room, and-when they could no longer keep the church open for us– finally to my cousin, Gary Richardson’s home, where we kept sharing our memories until 10:00 that evening. We had talked for ten straight hours together and hardly paused to take a breath!

An understanding leaped between us like flashes of light as we have shared grandparents, shared inclinations, shared memories. We delighted in these rare moments together and decided to do something to stay in touch.

We formed a group on Facebook, so that we could keep close and share family history stories and information. We found out almost immediately how important that page will be as one cousin sent a link to a dropbox full of 120 old photos that I had never seen. Clicking on to that file was like opening the most glittering treasure for there were scores of photos of my mother, Maurine Conover Jensen, when she was just a little girl. These were photos I had never seen, nor knew existed. 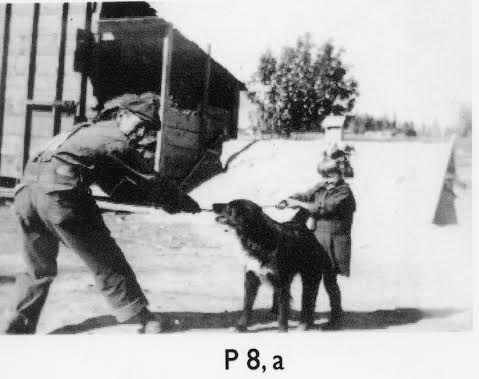 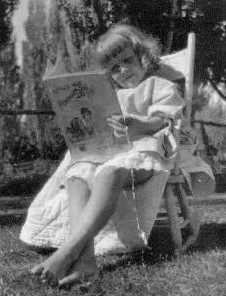 I saw pictures of her as a child with ringlets, loving a dog, lounging in a chair reading a picture book. It was like opening a door to a vanished world and letting me take a peek.

Mom had told me that the photos from her childhood had all been burned by her father’s second wife. What I just learned is that wasn’t so. Instead, she had sold them at a yard sale, and a friend of the family had seen them, rescued them, and passed them on to my mother’s sister.

The copies of these pictures that my cousin sent were copies of copies, and the quality was poor, the images somewhat blurred. But they existed! It meant the original photos were somewhere. 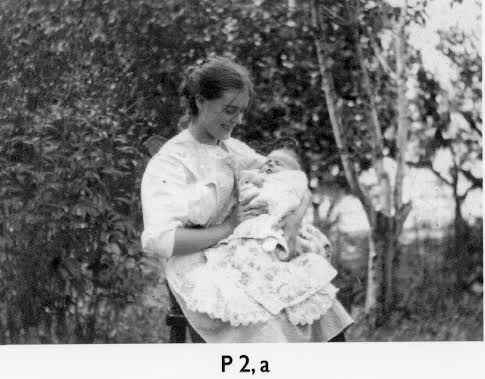 I dropped a note to all of my cousins (whose emails I had collected at the funeral), asking if anyone knew where the originals might be? Cousins in three states started looking-and by the end of the day, my cousin, Gary had found them in a footlocker that had once belonged to his mother, my Aunt Kathleen. When she had died, her things had been divided among her children and Gary was not altogether aware he had these photos. If we had not started looking together for these originals, they might have gone unnoticed in a corner of the house for a long, long time.

With this cooperation with my cousins across Facebook and email, we are now going to be able to scan and fix these photos and make them available to all. I am so excited-and I found it was easy to set up a family Facebook page.

This is a way to track down all of your family members, reconnect with them and share your lives-as well as hidden treasures you might now know exist.