How Does the California Drought Affect You? | Meridian Magazine

How Does the California Drought Affect You? 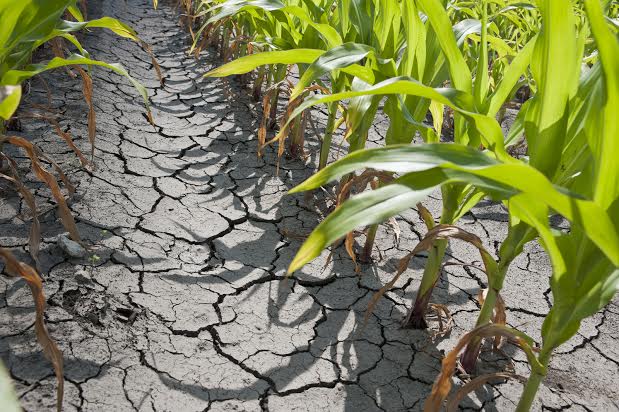 Please join the Church of Jesus Christ of Latter Day Saints in California as we fast and pray on February 2nd for rain and snow in California.

wheat. Gold is not to be compared with it in value.” Brigham Young (Journal of

Could that time have come?

The year 2013 was so dry that mandatory water conservation orders are beginning to sweep across the state of California. The governor has declared an “extreme drought emergency.” Everyone in the state has been ordered to cut water consumption by 20%. The northern Sierra Nevada, a region crucial to statewide supply, received only 10% of average snowfall in December. Reservoir levels are 30-40% of normal.

More than half of the country’s fruit, nuts, and vegetables come from California. Did you know that 90% or more of all the almonds, artichokes, dates, figs, kiwi, persimmons, pistachios, prunes, raisins, strawberries, and walnuts consumed in the United States are grown in California, as well as 100% of the olives and 21% of the milk and cream? Not only just nuts and berries, but also most other fruit and vegetable varieties are grown by the truckload in California. You may think you don’t eat some of these, but do you use their byproducts such as olive oil? Many are used as ingredients in other foods we consume, such as ketchup and cereals. Higher prices on these crops will result in higher prices on any product using California-grown crops for ingredients.

California is rarely thought of as a cattle state but it ranks fourth in nation-wide production behind Texas, Kansas, and Nebraska. California ranchers are already selling off their herds as feed and water become too expensive to maintain a profitable ranch.

It is time to take a serious look at our self-reliance preparations and especially our food storage. Can you afford food prices to increase? How will you feel when you have to do without due to shortages?

“Cash is not food, it is not clothing, it is not coal, it is not shelter; and we have got to the place where no matter how much cash we have, we cannot secure those things in the quantities which we may need. … All that you can be certain you will have is that which you produce.” (Conference Report, Apr. 1937, p. 26.)

President Kimball counseled us to become self-reliant because the prophecies of old were coming to pass. He said, “Now I think the time is coming when there will be more distresses, when there may be more tornadoes and more floods, …more earthquakes….I think they will be increasing probably as we come nearer to the end, and so we must be prepared for this” (Conference Report, Apr. 1974, p. 184).

Have we seen this happening the last ten years and increasing every year?

“Change the mix in your family’s diet. Get your protein from sources less

expensive than meat. The grocery bill is one bill that can be cut. Every time

carefully; buy only the essentials. Then figure what you have saved and spend it

“The Lord will make it possible, if we make a firm commitment … All we have

to do is to decide, commit to do it, and then keep the commitment. Miracles

will take place; the way will be opened … We will prove through our actions

our willingness to follow our beloved prophet and the Brethren, which will bring

security to us and our families.” (April 1976 General Conference)

What everyone should do now, before food prices rise:

“Surely the Lord loves, more than anything else, an unwavering determination to

The droughts will affect everyone but eating much less meat or a vegetarian diet will improve everyone's health. I have eaten a vegan diet for years. My health is better. I don't get sick. And my food costs are lower. iet