Harvard Grad: Yes, I’m Late, But I am Clean!

Once there was a man, married with children, who woke up one Sunday morning, put on a tie, and walked slowly through the doors of a typical Mormon church right down the street from where he lived. The building was full of cheerful, well-dressed people who seemed to know where to go and what to do. The man walked up to the first likely parishioner he saw (whose name was Terry Naylor), held out his right hand, and announced: “Hello, my name is Bo Warburton, and as of right now I am your hottest prospect.”

That was only 14 months ago. Now to all appearances I am the standard-issue Mormon man. White shirt, short hair, vegetable garden, emergency food storage, and a library full of books by Elder Bruce R. McConkie. More to the point, my wife Sandy and I were taught by the missionaries and baptized. I was then confirmed, ordained an Elder in the Melchizedek Priesthood, endowed in the temple and sealed in a celestial marriage to my sweetheart.

The temple sealing ceremony, in particular, reminded my wife and I of a poem that I wrote years ago to ask Sandy to marry me. The poem said, in part:

I would ask you to join me in our quest of forever,

Intending no less than the overthrow of time.

For 23 years, my wife and I cherished those words, but we had no idea what they meant. My hand wrote the words, but somehow they seemed to come from somewhere else. The words seemed right and true, but we wondered how, or if, they were part of a larger story.

I think a lot of people today feel that same confusion.  Many feel like they have bits and pieces of the truth, but not the entire picture.  In my case, I was born to goodly parents who were models of Christian virtue. They were childhood sweethearts and married for 49 years until my father passed away suddenly five years ago. They always did right by each other and their three sons.

Unfortunately, in these latter days, my parents and their peers were, as Sister Oscarson put it during the last general conference, “good people but found it easy to get caught up in the excitement of this new morality, which actually was just the old immorality.” According to that so-called new morality, each person makes his own reality, and must find his own purpose. So my parents lived right but were unwilling or unable to say why. They often did not like what they saw going on around them, but under the new rules, what could they say?

It is a great problem in the world today that many good people today do not preach what they practice.

Where did that leave me? I was like good fruit without a tree. I was like the Shakers in Doctrine and Covenants 49:2, who “desired to know the truth in part, but not all.”

The Lord sent three missionaries to the Shakers; he sent many witnesses my way, but it was many years before I could recognize them for what they were. I enjoyed worldly successes, obtained a Harvard education, spent time as a Naval Officer, received good jobs, but I was always just one step beyond the sure grasp of the joy of the Lord. Fortunately I was blessed with a loving wife who needed me and knew that I belonged to her. (Her title for our story would probably be, “Taming the wild priesthood holder.”)

Finally, like Elijah in 1 Kings, it was not the wind, the earthquake, or the thunder that reached me, but like the Lamanites in Helaman 5:46-47, “a pleasant voice, as if it were a whisper, saying peace, peace be unto you.” I had previously attended an Evangelical mega-church and responded to the altar call, accepting the invitation to repent and believe on the name of Jesus. I felt that I had already accepted the atonement fully. This seemed at first wonderful for my family and me, but there were still many nagging questions. Were marriage and family really only “’til death do us part?” Was it really true that all I had to do to get into Heaven was say a two-sentence prayer? How come church seemed so impersonal? Why did they make the little children leave during the service? I like the sound of squirming children on Sundays. I think that is the most beautiful sound in the world!

I kept asking these questions until one day, my wife finally said, “You sound like a Mormon! Why don’t you go check out that lovely LDS church down the street?” 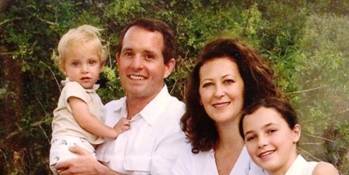 You know how the story ends. Here we found a place, as President Uchtdorf put it in general conference, to put our faith into practice, to grow closer to the Savior I love so much. When I asked my seven-year-old son Gabriel why he thought I became a Mormon, he said, “Because you love Jesus.” He is a wise soul and has been taught by inspired primary teachers.

We soon realized that the poem I wrote was not my own. It was inspired by the light of Christ and our temple sealing was the fulfillment of a kind of personal prophecy. We found in the dear Saints in our ward a people who are not afraid of life, death, or love.  For my spiritual wounds I received, in the October words of Elder Packer, “the assistance and treatment of a qualified spiritual physician.”

Now I understand the plain purpose of my life as a priesthood holder, father, and guardian in the Kingdom of God on Earth.

I testify that the Book of Mormon is the truest book of any on Earth. I testify that our leaders are prophets called of God to lead this true restored church of our Savior, the Great Jehovah, the Son of Man, who died for me and for you and rose again the third day.  Through His blood we can overthrow time. 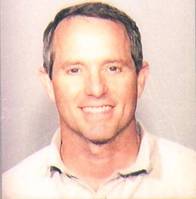 I wanted to thank everyone who posted a comment. Also I would like to say that I did not mean to imply that I was clean before my LDS baptism. To the contrary, I needed spiritual healing and here I found it. It is so nice to know that men are, that they might have joy.

I wanted to thank everyone who posted a comment. Also I would like to say that I did not mean to imply that I was clean before my LDS baptism. To the contrary, I needed spiritual healing and here I found it. It is so nice to know that men are, that they might have joy.