On Saturday morning, President Thomas S. Monson announced that members of The Church of Jesus Christ of Latter-day Saints now number more than 15 million worldwide. President Monson made the announcement in his opening remarks of the Church’s 183rd Semiannual General Conference. The Church reached the milestone two weeks ago. 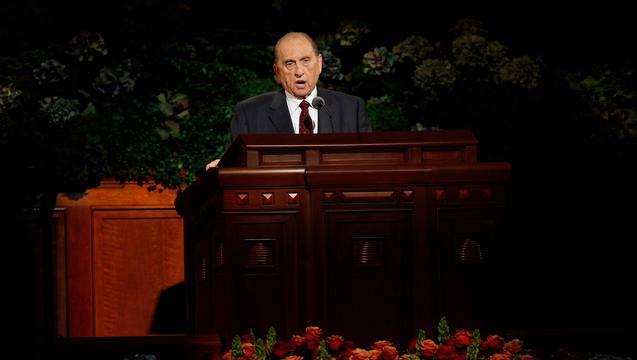 “The Church continues to grow steadily and to change the lives of more and more people every year,” President Monson said. “It is spreading across the earth as our missionary force seeks out those who are searching for the truth.”

Later in the same session, President Dieter F. Uchtdorf, second counselor in the First Presidency, offered a few reasons why the Church may be growing during an “age of waning faith.”

“In this age where so many feel distanced from heaven’s embrace, here you will find a people who yearn to know and draw closer to their Savior by serving God and fellowmen,” President Uchtdorf said.

“Believing in God is commendable, but most people want to do more than listen to inspirational sermons,” he said. “They want to put their faith into practice. They want to roll up their sleeves and become engaged in this great cause.”

The Church provides those opportunities to transform faith into action, President Uchtdorf observed.

“Because we have no paid local clergy in our worldwide congregations, our members perform the work of ministry themselves,” he said. “They have many opportunities to transform their talents, compassion and time into good works.” 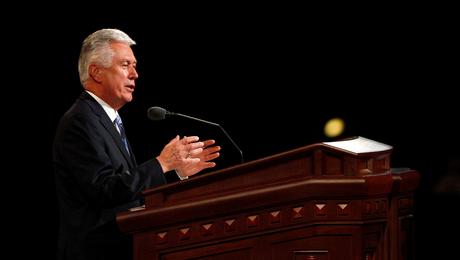 Since 1996, the number of Church members living outside the United States and Canada has been greater than those living inside. President Uchtdorf said the diversity of the Church is one of its greatest strengths, and he urged those looking for a place of belonging to come to the Church.

“The Church is designed to nourish the imperfect, the struggling and the exhausted,” he said. “It is filled with people who desire with all their heart to keep the commandments, even if they haven’t mastered them yet. … The Church of Jesus Christ seems to attract the kind and the caring, the honest and the industrious,” he said.

The Church was organized 183 years ago, on 6 April 1830. Six members were present at that first meeting.