This article was written by David Boyack. 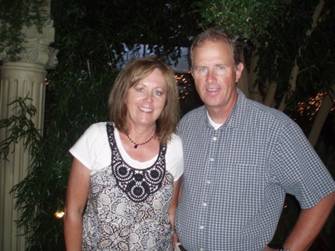 I have enjoyed reading the conversion stories sent to you from members and missionaries around the world published in your weekly series.  I would like to share one of my own missionary experiences. It occurred many years ago during my mission in the Baltimore, Maryland, area.

My companion and I were getting ready to do some contacting one morning when we decided to first pray for guidance as to where we should start.  After a short prayer we both felt impressed to go down a particular street.  Upon looking at our area map and records, we noticed that the street in question had already been tracted out recently, so it didn’t make much sense for us to go there again.  However, we still felt impressed to go down this particular street, so we parked our car at one end of the street and started to knock doors.  I can still remember that no one answered the first two doors.  At the third house, the door opened after a few knocks. A young man in his mid- twenties answered the door.

I was a bit surprised at his appearance. He was shirtless, had long hair down to his shoulders, a full beard, and bruised ribs that were taped up a bit.  He looked like someone out of the Bible.  It was fairly obvious he had been in a fight recently.  It was my turn to give the door approach.  For some reason, I felt prompted to give a “Christ in America” approach which we do not normally do on the doorstep.  The response we received back from the young man at the door was startling: “I’ve dreamed about that and always wondered about those ruins in South America and if there was more information about them.”

The man introduced himself as Robert Markli and invited us inside.  He listened intently to us as we gave him a brief presentation about the Book of Mormon.  After our discussion, we left him with of copy of the book and went on our way not knowing if he would ever read it or show any further interest.  A week later while we were going through our records, we gave him a call, not knowing what to expect.  We were thrilled at his response: “I’ve been waiting for you to call; I’ve read your book and would like to know more!”  We soon discovered that he had finished reading the entire book in just two or three days.  He was anxious to learn more about the restored gospel.

After several more discussions, we asked Robert if he would like to attend a meeting at a stake center located not far from Baltimore to hear Elder Legrand Richards speak.   Elder Richards was outstanding and inspiring.   After the meeting ended, Robert asked if he could meet Elder Richards.  Robert’s appearance, with his shoulder-length hair and heavy beard, made us a bit hesitant, but we decided to make the introduction.  We wound our way up to the front of the crowded stake center and introduced Robert to Elder Richards of the Twelve.

Elder Richards looked Robert in the eye and said, “You know that there are really only two types of people in the world–those who are members of the Lord’s Church and those who are not!  Why don’t you pull up your boots and get baptized?”  Bob’s quick reply back to Elder Richards stung me: “The missionaries haven’t asked me yet!”  At that point we immediately set a date for Robert’s baptism.

After his baptism, Robert told us that he had stayed home from work on the day of our first door contact because of a barroom fight he had been involved in the night before.  Had that never happened we probably would never have met him because he worked during the day at a construction job.  He only stayed home to heal from his wounds. 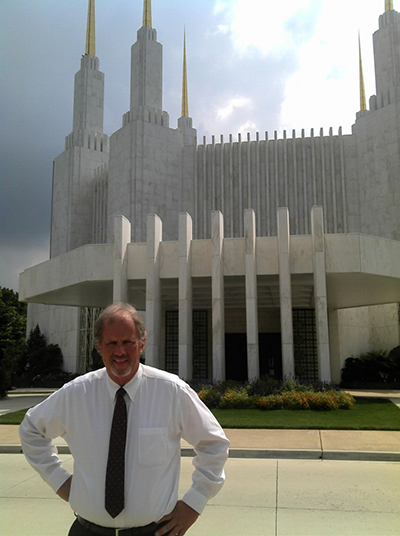 Several weeks later Robert asked us how he could serve a full-time mission.  We explained how it worked and what it might cost. He immediately went to work planning for his mission. A year later Robert had saved enough money to support himself on his own mission.  He was called to serve in the France/Belgium mission where he became an outstanding missionary and leader.  As an experienced carpenter and builder, he also helped build a chapel for the Saints in his mission.  I guess the Lord does work in mysterious ways.  Robert to this day is a successful building contractor in Tennessee and remains very active in the gospel.

It's so interesting that all it takes sometimes is simply to "ask."

Once, long ago, a man not of the LDS Church told me Satan is busy in the churches because he already has the people in the bars! This is a very up-lifting missionary moment and wish I could say the same of my experience. Who knows?