How Should Latter-day Saints View the Conflict in Israel? | Meridian Magazine

How Should Latter-day Saints View the Conflict in Israel? 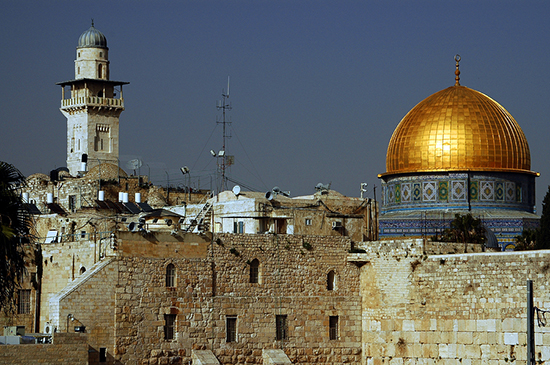 I have met some people over the years who felt the political situation in the Holy Land was all “cut and dried”: that we Latter-day Saints are all for the Jews (because of our understanding of scriptural prophecy) and against the Arabs (because they don’t seem to fit in God’s ultimate plans for that part of the world). Some think that the State of Israel is fulfillment of one prophecy after another. On the other hand, there are those who dislike the often brusque and aggressive Israelis, who have reversed the David and Goliath syndrome that the Jews historically suffered-with the Jews now in the Goliath position and their Palestinian Arab neighbors more like the underdog David.

I have learned a lot over several decades of residence and contact with the peoples of that land. In the first place, I believe both sides are very right and both sides are very wrong. There have been atrocities committed by Israeli Jews and by Palestinian Arabs. I definitely believe, also, that some prophecies have been fulfilled by the reestablishment of the Jewish people in the land of Israel and raising up Jerusalem as the capital of a latter-day nation (that is clearly foreshadowed in the writings of Old Testament prophets and in the dedicatory prayer of Orson Hyde in our day)-but not all prophecies. There are more changes to come. Much has yet to be fulfilled.

I do, however, feel we have to be careful in dealing with both sides in this volatile political situation. In fact, as President Howard W. Hunter and others of our authorities have warned us, it is very unwise to “take sides” in this conflict. At first I thought the proper word to describe our perspective of the matter was “neutral,” but I’ve changed my mind. A better word is “impartial.” We must maintain an impartial view of the issues, not taking sides but working sensitively with both peoples to promote understanding leading to peace.

Do we as a country, the United States of America, favor Israel more than we should? That’s a hard question to answer. In economic and military aid we obviously give a disproportionate amount to Israel, but they are the most dependable ally we have in that critical part of the world (not to mention the fact that several wealthy Arab and Muslim nations could supply the Palestinians with as much aid as we give to Israel-but they won’t). Do the Israelis “get away with” more than they should? Undoubtedly. They are sometimes more vengeful and belligerent than we would like, but how much pressure can we put on a sovereign government and cause a mutually advantageous relationship to sour? It is, without question, a very tricky set of issues.

Several years ago the editor of the Ensign invited me to address the question, “What are the political and religious reasons for conflict in the Holy Land and how should Latter-day Saints view the conflict?” Dr. David B. Galbraith joined me, and together we published a response to that question which circulated in English (Ensign, September 1993) and, through the Church’s International Magazine, in other languages (December 1997)-for the Saints in all the world to ponder these big questions and some answers given in the scriptures and by modern prophets. That response was also published in the Meridian Magazine on June 7, 2011, under the title “A Latter-day Saint View of the Conflict in the Holy Land.”

For those who are interested in learning more about the political situation in the Holy Land, we invite you to secure a copy of the definitive work on Jerusalem from a Latter-day Saint perspective: Jerusalem, The Eternal City (by David B. Galbraith, D. Kelly Ogden, and Andrew C. Skinner). It is available from Deseret Book.

Theodore - your dogmatic view of what the Lord wants regarding those that call themselves "Jews" (with a significant descent NOT of Judah but of a Turkic peoples known as the Khazars which converted en masse to Judaism in the eighth century) and their conflict with the peoples that they disposessed from Palestine is part of what covers the atrocities that Israel visits upon its neighbors. It's not hard to figure out. The Zionists that settled in Palestine with British sponsorship (Balfour Declaration of 1917) have increased their foothold and driven out their Arab neighbors. We LDS, or Americans overall, should NOT get involved. Until we were friends with Israel, we had no enemies amongst the Muslim peoples.

Steve (Sept. 8), I decided to answer your questions to weigh out which side occupies higher moral ground. 1) The Palestinian National Authority has held parliamentary, presidential, and local elections in 2005, 2006, 2010, and 2012. Israel does not allow four million of the twelve million people under its control to vote. 2) In 1937, the founder of Israel, David Ben Gurion, said, "We must expel Arabs and take their places." In 1976, Israel Koenig, member of the then ruling Alignment Party, wrote a secret memo which contained the phrase, "We must use terror, assassination, intimidation, land confiscation, and the cutting of all social services to rid the Galilee of its Arab population." 3) In 1914, on the eve or WWI, approximately a half a million Jews lived peaceably alongside their Muslim neighbors. The Ottoman Empire even allowed the Jews to have their own constitution in the 1860s. Jewish forces caused the expulsion of some 750,000 Arabs from their homes in 1948.