The following story and videos about the lives of Mormon missionaries provide insights into what these missionaries do and why they do it.

After the rains of Hurricane Sandy stopped in late October 2012, Elder Jordan Walton, a missionary in the New York New York South Mission of The Church of Jesus Christ of Latter-day Saints, recalls driving with his companion, Elder Josh Munday, to affected areas such as Broadchannel and Rockaway to see the incredible devastation.

Over the next six weeks, the New York New York South Mission helped orchestrate over 120,000 hours of service from more than 11,000 volunteers. Although not all Mormon missionaries around the world participate in such extensive community service, the story is a reflection of the core purpose shared by each of the Church’s 75,000 missionaries in 405 missions: to invite others to come unto Christ through word and deed.

Following the pattern Jesus Christ established in the New Testament, full-time Mormon missionaries are sent out two by two (see Mark 6:7) to teach the gospel through lessons and service for 18 to 24 months. Men can serve at 18, women at 19; each funds his or her missionary service (an approximate cost of $10,000 to $12,000), sometimes with the help of family and friends. As Christ taught, these missionaries find greater purpose in their lives as they focus on the needs of others – a process that New York New York South Mission president Kevin Calderwood says “dramatically changes their hearts.”

Missionaries are up by 6:30 every morning. They spend all day, every day with an assigned companion (companion changes occur every couple of months). Each companionship spends several hours every morning studying the teachings of Jesus Christ and discussing that day’s planned teaching appointments. “We’re really thinking about each of the people we’re going to see that day and how we can help them come closer to the Savior,” Elder Walton says.

The morning routine also includes language practice for those missionaries assigned to speak a second language. In the New York New York South Mission, Sister Kimberly Bradfield and her companion, Sister Shianne Allen, teach others in Spanish. Like many missionaries learning a foreign language, they didn’t know Spanish before their mission, creating a kind of baptism by fire in language learning.

“Neither of us knew Spanish prior to our mission, and so for nine weeks we studied Spanish [at a missionary training center],” Sister Bradfield says.

After the morning routine, missionaries meet with individuals in a wide variety of settings until 9 p.m., with a short break in between for lunch and dinner. Depending on location, they can travel by foot, bike, car, bus or other means. They talk with people on the street and in their homes, discussing basic Mormon beliefs and answering questions. And because many people prefer to connect online, missionaries also use the Internet and digital devices in their ministry.

Missionaries visit those of other faiths and Church members in need of an uplifting message. Sister Bradfield says missionaries don’t force their beliefs on others; rather, “[We] invite them to come unto Christ – not to change the faith they have, but to strengthen that faith.” Elder Munday adds, “[We’re] here to strengthen and give a little bit of hope to people. Our ultimate message to the world is that through the Savior Jesus Christ you can overcome trials.”

Missionaries provide community service such as disaster cleanup (like the aforementioned Hurricane Sandy effort), teaching English and visiting the elderly. “We help anybody and everybody,” Sister Allen says. After Hurricane Sandy, Mormon missionaries made an effort to not only help fellow Mormons but also, Sister Allen says, “to help their neighbors and to help anybody within their area.” The collective number of yearly service hours given by these 75,000 young men and women is in the millions.

Missionaries also take a few hours one day a week for personal tasks, such as laundry, cleaning, grocery shopping and writing to family via email.

Finding Themselves by Serving Others

Elder Munday says the beginning of his mission was perhaps the most difficult time of his life. He found himself far away from his home in England, struggling with homesickness. The turning point came when he began to look outside himself. “That’s when I was able to feel comfortable here, when I stopped caring about myself and start caring about others,” he says. “It helped me to grow so much.”

Focusing more on others is not easy for anybody, especially teenagers and young adults. “That’s usually a period of our lives when we’re quite self-absorbed,” President Calderwood says. “These missionaries give up all of that.”

This results in missionaries becoming more concerned about what’s happening to their fellow man than they are about themselves. Such service builds a “good foundation for their lives to become good spouses, good fathers, good mothers and very good in their communities,” President Calderwood says.

“It’s just one of the most rewarding things you can do,” Sister Bradfield says of missionary service. “True happiness is really in helping the people around you.” 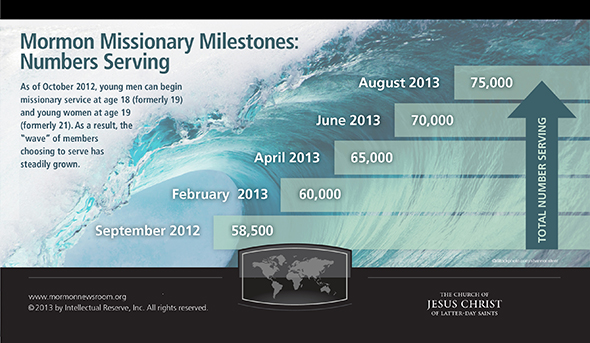 MY grandson (19years old) is a district leader in the MTC and feels that he is running the Primary with all the 18 year olds that just are not emotionally ready. The are immature and unwilling to put in the work to learn the language. So sad.