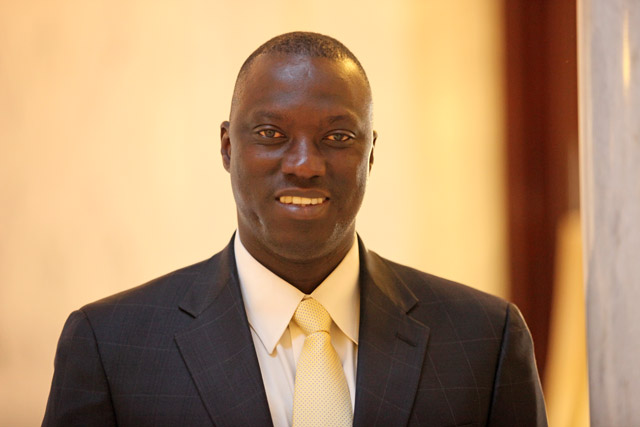 The first round of elections on July 28th in Mali did not yield a candidate with greater than 50% of the votes, so on August 11, the Malians went back to the polls. This time their choice was between two finalists and Yeah Samake, the only Mormon in Mali and a contender in the race, has been approached by both of the winners asking for his support. Yeah’s answer is no-and here’s why.

Samake Soumaila Cisse and Ibrahim Boubacar Keita (IBK) are the finalists, and both politicians have been on the Malian political scene for a very long time and held positions of power within the government in the past 20 years. This means they were part of the old guard, the power structure riddled with favors and weakness that has brought Mali to the brink. A bit about these two candidates.

Soumaila Cisse is 64 years old and hails from the North of the country. He was the ex President of the Commission of the West African Economic and Monetary Union (UEMOA) and the Minister of Finance from 1993 to 1994 and from 1997 to 2000. He then became Minister of Infrastructure and Planning, Environment and Urban Planning from 2000 to 2002. He has run in the Presidential elections in 2002 and 2012/13.

Ibrahim Boubacar Keita is  68 years old and hails from the South of the country. IBK has held many positions in the government, some of which are Prime Minister, President of the Assembly and Minister of External Affairs, Malians Abroad, and African Integration. This is his third Presidential run and he is considered the favorite in this election.

Yeah writes, “Team Samake has run a campaign in which our slogan and motto has been change and turning the page on the old politics and politicians. During the second round, many parties have adhered themselves to one of the two candidates in the attempt to gain money and/or position. Yeah Samake was approached by both candidates to garner his support and the support of his base.

He affirmed, “Yeah Samake and his party PACP has decided to support neither of the two candidates. As Yeah announced on National TV and radio: “The Party for Civic and Patriotic Action(PACP) in the context of the second round of the presidential election, decided not to support Ibrahim Boubacar Keita or Soumaila Cisse. We just want to stay true to our campaign slogan to turn the page of 20 years for the renewal of the political class. Our sincere thanks to all who helped to make our young party 16th out of 28 applications approved by the constitutional court. Given the particular situation of our country, the political office asks each member of the Party for Civic and Patriotic Action to exercise his civic duty. We must always remember that the presidential election is the appointment of the Malian people and candidates, not the parties. We hope that the Malian people choose the next president beyond partisan lines, and only in the interest of our country.

“Where this decision will take the Samake family, only time will tell. However, many individuals have contacted Yeah and congratulated him on staying close to his values in a time when the young political class is vying for position and money.”