Warning to Parents: These Cartoons are Not for Kids | Meridian Magazine

Warning to Parents: These Cartoons are Not for Kids 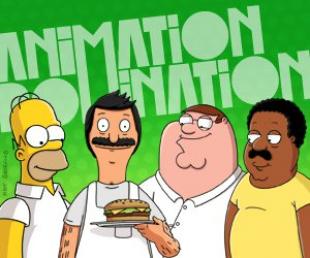 What Fox showed viewers on Sunday night was tame compared with what they’ve made available online, and parents could understandably be misled into believing that ADHD is perfectly suitable for their youngster to watch. It’s not.

Modeled on (and from the creator of) Cartoon Network’s “Adult Swim” programming block, Fox’s ADHD, as it exists online, features horrifically graphic, ultra-violent, sexually explicit, and profanity-laden cartoons. It will become a tempting forbidden fruit for millions of children, attracted to its animated format and themes like “High School USA!” and “Scientifically Accurate Spider Man.”

Online, teens and even younger children, can watch these x-rated cartoons for free and with absolutely no parental controls. Any eight-year-old could simply click and watch selections from a collection of three-minute cartoons that are more explicit than anything we’ve seen on broadcast television to-date.

Parents Television Council is calling it the most vulgar, the most vile, the most explicit content ever seen from a broadcast network.

And now Fox is going to choose morsels from this digital menu and serve them right in our living rooms, where Fox executives state, they hope one of their animated shorts will catch on to become a new hit series. Fox Entertainment Chairman, Kevin Reilly, told Daily Variety: “I’d like to find the next Family Guy out of this block.”

The best way to fight this is with your pocket book. You can write advertisers and you can tell your cable company you are disgusted with their programs. We no longer have cable TV as there isn't much worth watching anymore.

These Cartoons are not for kids nor are they for adults. This is pure degrading trash aimed at destroying families and society under humorous disguise. This marks another giant leap towards corrupting souls and generating the future downfall of so-called civilized nations.