How to Read Ancient Nephite 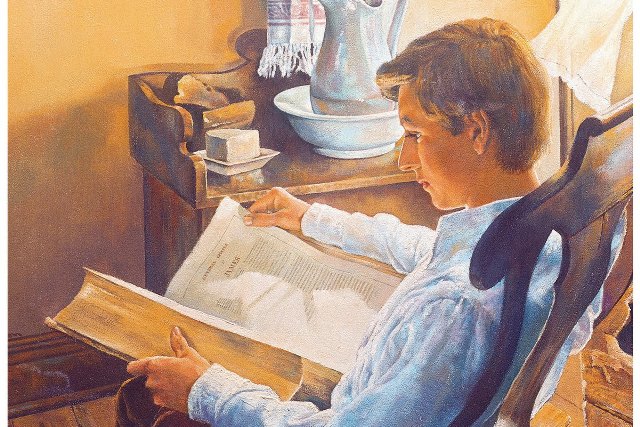 As pointed out in the last installment, Joseph Smith was not a “translator” in the Academic sense. He couldn’t read ancient languages. Somehow, through the power of God, he was able to convert the Nephite writings into the scriptural English of his day.

According to witnesses who were close enough to Joseph to get a feel for the translation process, Joseph would “see” the English translation of the Nephite text when he put is face into the hat with the seer stone. Anyone who tries to copy this process-with or without a hat-will quickly discover that you cannot see (let alone read) any text so close to your face. In the darkness of the hat it seems likely that the English text which Joseph saw was in his “mind’s eye.” Technically vision occurs in the brain. Yes, our eyes send the data to the brain, but the brain converts the signals to form the things we see.

Through the power of God-and Joseph’s faith that the seer stone in the hat operated through the power of God-Joseph’s mind was able to create an English “translation” of the Nephite text. The question becomes: What is the relationship between the English words that Joseph saw and what was written on the plates?

Professional linguist Royal Skousen is the foremost expert on the original Book of Mormon document- the document written by the scribes as Joseph Smith dictated the text. He has discovered subtle clues in the way that the scribes wrote-and stumbled or corrected as they wrote-which reveal some fascinating insights about the translation process. Textual clues, for instance, suggest that Joseph saw blocks of texts which included at least twenty words at a time.[i]

Sometimes, Joseph had trouble pronouncing proper names and had to spell them out (possibly the only examples wherein words outside of Joseph’s environment appeared in his translation tools). We have evidence of this not only from witnesses to the process but also from textual evidence. For example, when Joseph came to the name “Coriantumr,” Oliver Cowdery-his scribe-wrote “Coriantummer” but then crossed it out and wrote the correct spelling. There is no way Cowdery would have known this without Joseph offering the correct spelling. This confirms that Joseph actually saw the spelling of at least some Book of Mormon names.[ii]

At other times, Joseph was surprised by what he read. According to the manuscript evidence Joseph did not know in advance what the text was going to say. For example, he was apparently surprised by chapter breaks and book divisions. At such breaks he would tell his scribe to write “Chapter.” Only later did he discover that in some instances this was not a chapter break but a break for a wholly distinct book.[iii]

Some have argued that the English translation is a nearly a word-for-word conversion from reformed Egyptian to English. Others have argued that Joseph was given general impressions about what the plates contained and he framed those impressions from within his own worldview and according to his own language and gospel understanding.

Some, including myself, take a position that falls in between these two options. I agree, in fact, with the position articulated by Brant Gardner is his book, The Gift and the Power, wherein he argues that Joseph Smith translated by way of a “functional equivalence.” In this model, argues Gardner, the translation “adheres to the organization and structures of the original but is more flexible in the vocabulary. It allows the target language [English] to use words that are not direct equivalents of the source words [reformed Egyptian], but which attempt to preserve the intent of the source text.”[iv]

Steven Pinker, a non-LDS professor of Psychology at Harvard, argues that all humans (and perhaps many animals) have a natural language of thought, or “mentalese.” When we communicate we convert our mentalese into whatever language we speak. All of us have had many experiences where we’ve struggled to come up with the right words to convey our thoughts or have spoken words which didn’t accurately or fully translate the thoughts we hoped to impart. That’s part of the difficulty of translating mentalese into words.

In the “functional equivalence” model for the Book of Mormon translation, Joseph was given the divine mentalese impression or imprint of what was on the plates, but he had to formulate that mentalese into words of his language and understanding (the obvious exceptions being unknown proper nouns such as Book of Mormon names). Once Joseph’s mind formed a functional English equivalent to the mentalese imprint, the English words appeared and Joseph was able to read them off to his scribe. The resulting English translation would accurately transmit the meaning of the text but with words and phrases that may not have existed among the Nephites.

A reasonable scenario for the method of translating the Book of Mormon… would be one in which the …seerstone and the interpreters… enhanced his [Joseph’s] capacity to understand (as one who knows a second language well enough to be able to think in it understands) the sense of the words and phrases on the plates as well as to grasp the relation of these words to each other. However, the actual translation was Joseph’s alone and the opportunity to improve it in grammar and word choice still remained open. Thus, while it would be incorrect to minimize the divine element in the process of translation of the Book of Mormon, it would also be misleading and potentially hazardous to deny the human factor.[v]

Elder John A. Widtsoe likewise believed that Joseph, as a “translator,” would first have perceived thoughts and then would have attempted to reproduce those thoughts correctly “with every inflection of meaning, in the best words at his command…. This makes it unavoidable that much of the translator himself remains in his translation.'”[vi] Likewise, Elder Widtsoe wrote,

The language of the English Book of Mormon is to a large degree the language of the Prophet as used in his every day conversation on religious subjects, but brightened, illuminated, and dignified by the inspiration under which he worked.[vii]

The fact that Joseph had to incorporate his own language into the translation pretty much guarantees that some English words and phrases are unable to fully express Nephite words and phrases.

We find the same problem in Academic translations.Translators struggle to best express ideas from one language into another language. But, some will ask, why didn’t God just give Joseph a perfect English translation? In Shaken Faith Syndrome I quote LDS scholar Benjamin McGuire who wrote:

If we take the English language as a basis, it seems quite possible, for example, for God to create a text that could perfectly convey the meaning which God intended for it to convey. But, it would be to a specific audience. More than that, it would be to an audience of one (and even that, it would be to an audience of one at a particular time and place). No one else would be capable of achieving the same meaning from that text. Is this a weakness on the part of God? No. It is a weakness on the part of our ability to communicate. So who was the intended audience? Let’s say that it was Joseph Smith. Our ability then, to understand the perfection of the text which God intended, would largely be determined by how closely we resemble Joseph Smith in 1828-how closely our language resembles his, how closely our culture environment resembles his, how similar our intertextual exposure resembles his.[viii]

Any time that words are translated from one language to another language, problems can be compounded because words can have different meanings depending on a variety of factors. Despite what we may think, words do not typically have simple meanings by themselves; they only have meaning in the context of other words, the time and culture in which they were written, how the author may have used words as idioms, etc. For example, the word “gay” would mean something different to a twenty-first century American than it would to a nineteenth century American. In English we can catch a nap as well as catch a fish-but the word “catch” means something different in each example, and the difference in meaning is determined by context.

As non-LDS Hebrew scholar Joel Hoffman explains in regards to reading the Bible in ancient Hebrew: “While it’s hard to understand the text as a whole without knowing what the words mean, just knowing the meaning of the words… is not nearly enough to understand the text. More generally, a literal’ translation is almost always just a bad’ or wrong’ translation, inasmuch as it fails to give a reader of the translation an accurate understanding or appreciation of the original.”[ix]

Anyone who has ever translated words from one language to another knows that there are inherent and inescapable difficulties. Sometimes, for example, there is no equivalent word in another language. For instance, I understand that the Japanese language has no word which simply means “brother.” Instead, there are different words for “older brother” and “younger brother.” This presents an interesting problem when translating the “brother of Jared” into Japanese. Many other such examples could be found. Word-for-word translations sometimes yield nonsense or even humorous results. If we translated the German word “Kindergarten” literally into English, for example, we would get “child garden” rather than the intended meaning of a school that precedes first grade.

Joseph understood that Book of Mormon passages could be improved and made several clarifications in subsequent additions. Brigham Young understood the problems of translation as well when he said: “…I will… venture to say that if the Book of Mormon were now to be re-written, in many instances it would be materially different from the present translation.”[x]

Understanding the complexities of translation will help us navigate the Book of Mormon when we attempt to understand the book as an actual ancient text, written by real people who lived and interacted with their own environments, as well as when we attempt to grapple with those critical issues-such as the inclusion of King James language and nineteenth-century revivalist terminology-that have caused some testimonies to stumble. 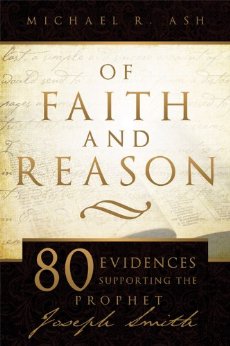 [i] Royal Skousen, “How Joseph Smith Translated the Book of Mormon: Evidence from the Original Manuscript,” Journal of Book of Mormon Studies 7:1, 25.

I believe that I found an instance of mistranslation from 'mentalese': "Joseph understood that Book of Mormon passages could be improved and made several clarifications in subsequent additions [editions]". I am not aware of any emendations to the text by Joseph that added text thereto; hopefully I would have read of them in my studies by now.

As we examine the Book of Mormon text, we see some extraordinary indicators that the style of nested subordinate clauses totally foreign to modern English usage were commonplace in ancient Nephite. For example, 1 Nephi 1 or 3 Nephi 20. In the latter case the Savior himself uses language rich in nested clauses and explanatory subclauses that is very unusual as modern usage. This language is awkward to translate into modern English, because of its structural complexity. Yet it seems to indicate that the divine method of discourse was one in which such extraordinary detail expressed in numerous nested clauses and subclauses was common. In the case of if-then-else clauses the main if clause is sometimes repeated because the unusually long idea is a very complex grammatical structure. This seems to me a remarkable and little-noted feature of ancient Nephite and divine communication. It is somewhat reminiscent of modern programming languages in which nested clauses, rich in conjunctions and mathematical logic interspersed with subprograms play an important role in conveying meaning of a complex nature.