In the mid-90’s when I served my mission in Germany, we would often listen to cassette tapes where people would re-enact, or role play, various scenarios that we were likely to encounter.  The actors on the tape would share a “less effective” and then “more effective” examples of how to teach missionary lessons, approach people, find people to teach, etc.  We would always strive to use the more effective approach. 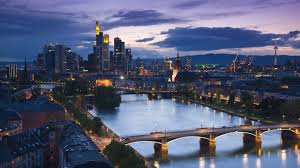 One day I was trying to use a “more effective” approach to finding new people to teach by going through our Area Book to find the names of people who prior missionaries had taught.  As I scanned the notes, nothing special was standing out to me until I came across a name and an address.  All it read was “Hr Neuhaus” and an address.  There were not the typical notes or comments left by missionaries on what they had taught, the person’s reaction to the lessons, how many lessons they had taught, etc.  It was simply “Hr Neuhaus.”  Although there wasn’t much to go on, I knew we needed to stop by that particular house, so we mapped out the address and full of faith and confidence got on our bikes and pedaled to the address.

When we knocked on the door, a gruff old man shouted angrily at us from inside, “Keine Intresse,” meaning “not interested.” Usually I would walk on down the street to the next house, but this time was different.  I felt moved upon to keep on trying.  I called back and said the first thing that entered my mind, “You might not be interested in God right now, but God is interested in you!”  That comment immediately sparked the gentleman’s curiosity and he came to the door and let us in.

The room we entered was filled with the haze of smoke from countless cigarettes Mr. Neuhaus would chain smoke.  I could almost feel the smoke wrap around my skin like a blanket.  I had never baptized anyone in Germany and I was confident that this gentleman would soon become another of our “one-teach-wonders,” where we taught one lesson and then never got invited back again.

Before we had a chance to get introduced, Mr. Neuhaus blunted stated, “I hate God.”  I had never started a conversation this way before, but I could sense that he was in great pain, so I asked him questions about why he felt that way.

Mr. Neuhaus went on to describe how he had lived a great life with his wife for many years but suddenly she had taken ill and had recently passed away.  The loss of his wife was too much for him to bear, so he had turned to alcohol and cigarettes to help numb the pain and loneliness.

Germans are bold so I boldly told him that if he listened to our message and did what we asked him to do, he would soon find God and his heart would be healed.  That resonated with him ever so slightly and so after praying and reading, he agreed to have us return for another visit.

Our next discussion was much better than the first one.  He had read several scriptures and had even started to pray.  Although he was still very lonely and sad, his demeanor was much lighter as we taught him about the Gospel of Jesus Christ.

Days turned into weeks and weeks into months and Mr. Neuhaus made slight spiritual progress with every visit.

As missionaries, one of our responsibilities is to teach people about the “Word of Wisdom,” which is the law that distinguishes Mormons in that they cannot drink, smoke, use drugs, etc.  The day finally came where we were to teach Mr. Neuhaus about the Word of Wisdom.  I was sure he was going to quit having us over when we asked him to stop smoking.  However, to our pleasant surprise, he not only wanted to quit smoking and drinking, but he also wanted to get baptized as well.

In order to help Mr. Neuhaus stop smoking and drinking, we bought him some candy and also told him if he was ever tempted, he could contact us via telephone no matter what time it was.  I didn’t realize that Mr. Neuhaus would keep me so honest with my offer.  He called about every other night so he could talk with us when he was tempted to smoke cigarettes, or drink alcohol.  I would help strengthen his resolve by him by telling him scripture stories and praying for him over the phone.

This pattern went on for several weeks.  I noticed that gradually I grew to love the gruff man who initially had told us to leave him alone and never come back.  Like a young flower gradually opens its petals, this was a miracle slowly unfolding before our eyes as Mr. Neuhaus’ testimony started to blossom.  I also noticed that I had gradually grown to love Hr Neuhaus with a deep love that can only come from the grace of God.  I had learned to see him as God saw him: a son of God most valuable and precious in His eyes.

On May 11th, 1997, I felt humbled as Hans Peter Neuhaus and I stepped into the baptismal font together and I offered the baptismal prayer.  We went down into the water together and I lifted him back out.  Immediately there was a change in his countenance and I felt a deep love sweep over me as I knew that God had approved of Peter’s baptism.

This experience happened about 8 months into my two-year mission to Frankfurt, Germany. Although I met many people during my mission who appeared they would be good candidates for baptism, none of them took the necessary steps that Peter Neuhaus did.  At the time of Peter’s baptism, I did not know that it would be the only time in my entire mission that I would have the opportunity to baptize someone I had found and taught.

I learned that God looks on the heart and even though someone may not appear “ready” to hear the gospel, it is up to God and the individual to receive guidance and promptings from the spirit which leads eventually to baptism.  As a missionary, it was my privilege to be allowed to participate as the Spirit bore witness to a “gruff old man,” who embraced the gospel, which in turn changed his life and mine forever.

Aaron Anderson is an active member of the Lacey 3rd Ward in Lacey, Washington.

He is a husband and father of 3 children and writes gospel-related articles on his blog: www.graceforgrace.com and is a contributing author at: www.wheatandtares.org.
3 Comments | Post or read comments

When I was serving a mission in Bacolod Philippines Mission, a drunk man approach me and my companion. He told us to teach him. Thinking that he is just joking because of the influence of alcohol. We told him that we will teach him tomorrow when he is not drunk, thinking that he will forget it. We didn't put that appointment in our planner. When we pass by to his house, to our surprise he greeted us and invite us to his house. He remember the appointment. When we teach him the Word of Wisdom, he never drink alcohol ever again. His wife was so happy to see the change in her husband, saying that before he drink alcohol everyday and there was no peace in their house. I saw the transformation of this man 'til he got baptize. Your right, someone may not appear "ready" to hear the gospel, but it is our responsibility to share the gospel to everyone, and it is up to God and the individual to receive guidance and promptings from the spirit.

Loved it!!!!! You always do a fabulous job