Church Secures Use of Additional Buildings for Missionary Training

To better accommodate the recent increase in new missionaries, The Church of Jesus Christ of Latter-day Saints is expanding its missionary training operations by securing the use of additional buildings near the Provo Missionary Training Center (MTC). 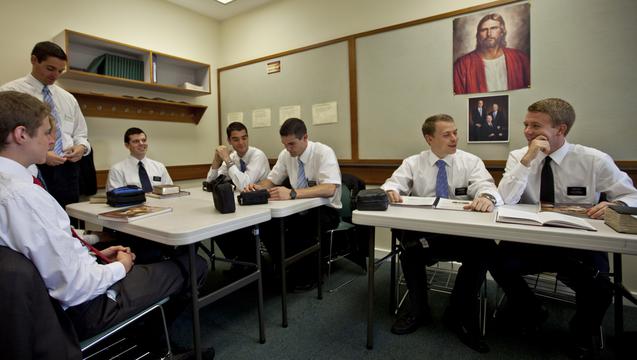 Missionaries will occupy the Raintree Commons apartments at 1849 North 200 West, and portions of the BYU-owned Wyview Park apartments at 146 West 1940 North in Provo, Utah. This temporary arrangement is one of the many ways the Church is accommodating more missionaries entering into missionary service around the world.

“We are grateful for all those who have chosen missionary service,” said Elder David F. Evans, executive director of the Church’s Missionary Department. “Regardless of where they are trained, missionaries will have a rich and inspiring experience that prepares them for their labors in their assigned missions.”

Approximately 2,000 missionaries will occupy the facilities as early as May 2013. English-language missionaries and those learning foreign languages will be trained there.

Missionaries housed at the Raintree Commons and the Wyview Park apartments will eat, exercise and attend classes and worship services on-site. Additional temporary structures will be installed nearby to provide services to missionaries. All missionaries being trained in Provo will still have opportunities to attend the Provo Temple.