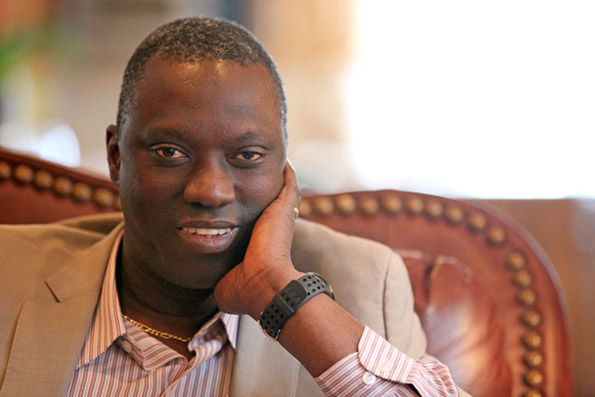 Yeah Samake’s story from being a starving, impoverished Muslim child to becoming a Latter-day Saint running for president of Mali is told here. The story of how the Mali military staged a coup just before the election and how Yeah intervened is told here.

Yeah Samake, the only Latter-day Saint in Mali, is running for president in the nation’s darkest hour. Recording his journey could be merely a dramatic human interest story for Meridian readers, but it is so much more. For those who barely know where Mali is (West Africa) and wonder why they should care, understanding this critical information may illustrate why a fellow Latter-day Saint finds himself on one of the hottest hot seats in the world-and why it concerns us as well.

In the last few months, the northern two-thirds of Mali has become a new nest of al Qaeda and Islamist terrorism. The violent Islamists there have had the aim of subduing all of Mali and transforming this fledging democracy into a terrorist regime.

The Islamists have had traction because Libyan leader Muammar Qaddafi cultivated close ties with the Tuareg, the native northern Malians, whom he armed and trained to fight his own people. When Qaddafi’s regime fell in 2011, the Tuaregs went home to Mali, equipped with weapons and trained to be formidable fighters. They put these skills to use in rebelling against their own government and fought with other extremist groups, some with al Qaeda ties, to crush Mali’s democracy and to institute Sharia law.

This is not just bad news for Mali, but touches the West as well in significant ways. What happens in Mali does not just stay in Mali. If al Qaeda and jihadists can set up a stronghold in Mali, they are not only this much closer both to spillover into neighboring African nations, but also to have a base where militants might attack Europe. In fact, one of the four major terrorist groups there has the dramatic name Movement for Oneness and Jihad in West Africa,” also known as MOJWA. This suggests that their aims are not just local, but they hope to spread their brand of terrorism like a contagion in Africa, especially in areas vulnerable because of abject poverty.

This has to be stopped now in Mali.

Last year Malian elections were scheduled to be held in April and Yeah Samake, a BYU graduate, was a top contender. He had big plans to clean up the weak Malian government that was riddled with corruption and cronyism. As mayor of Ouelessebougou, he had already turned around a major city in Mali, making it a model of good government, inclusion and transparency. His argument about making the government responsible to the people was finding great traction among them.

His election to office, however, was thwarted when the Malian army staged a coup and took over the government just days before the election. Their complaint was that the government had not supported them with adequate weapons and food in their efforts to quell the terrorists in the north. The terrorists had exterminated their numbers in the most brutal way because of the government’s flimsy support and inadequate financing. The army had been sent as sitting ducks before a vicious, terrorist enemy. They were enraged.

Yeah Samake appealed to the military leaders to give the government back to the people, and with the support of the international community, the military conceded. Since the old government had been crushed, a new interim government was put into place until new elections could be held.

Meanwhile, however, with Mali’s government in disarray, violence in the north continued with terrorists, drug dealers and al Qaeda extremists rampaging. Ruling more than 250,000 square miles, they scattered Malian soldiers, imposed a brutal law and continued to push south toward the nation’s capital.

Where people could, they fled. The United Nations refugee agency reports that 144,500 Malian refugees have found their way to neighboring countries, with another 407,000 expected to follow.

They tell of stories of vicious treatment. Family members that disappear. Limbs amputated for the least infraction of a tyrannical rule. Terrorists that march into schools and then march away with new child soldiers.

The Islamists came within 50 miles of Bamako, Mali’s capital city when on January 17, France intervened. Mali had once been a colonial territory of France, so the country still had ties there. French President Francois Hollande said, “At stake is the very existence of the Malian state.” He could see that the terrorists were close to dealing a fatal blow to Mali and that the need was urgent.

Since then, in the last month, French troops, aided by the Malian army, have been fighting in the north, but the fight is difficult. They armies may retake a city, but the Islamists vanish, shave their beards and don baseball caps so they look like the local population. It is a cat and mouse insurgency of asymmetrical conflicts. The terrorists retreat to the desert, melt into the landscape are difficult to totally quash, much like the fighting in Afghanistan.

France apparently intends to deal a death blow to the terrorists so they cannot rise again, but some have pointed to Somalia, in eastern Africa where UN-backed African troops, backed by U.S. drones targeted on militant leaders, took many years to knock out al-Shabab enough to allow a functional government to be formed.

Meanwhile, in the south of Mali, where for the present things have been stabilized, a presidential election will be held, scheduled for July 7 this year. Yeah Samake said, “It is overwhelming. My chance of winning this election is real. No one else today stands out as the next president of Mali.”

If he can keep a good organization in place (which requires money) and he can be elected, he will be the man who confronts these problems that affect the entire world directly.

What is ironic is that part of what must be expressed in this election is that Mali has a secular government-and since he is a Latter-day Saint, and not a member of one of the Muslim sects that are dividing his country, he is seen as a neutral party. This is one nation where being a Latter-day Saint is an advantage for making a presidential run.

“We want to tell the rest of the world that we have a secular government, and what better way to do it than to elect a non-Muslim candidate?” he asked.

Yeah said that as much as northern Mali appears to need a military solution, ultimately what the country needs for stability is something more foundational. 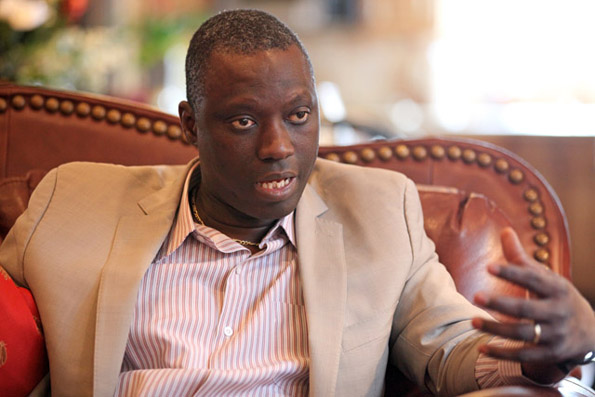 He said, “The crisis unfolding in Mali is not a military problem. It is a problem of ungoverned areas, porous borders, weak central government, weak institutions and poor governance, compounded with lack of economic prospects, tribal/ethnic divisions, extremism, lawlessness, and a dose of corruption to make the stifling poverty seem even more confusing.

“If anyone ever tries to tell you that the north is a separate problem and must be dealt with differently, you will set on a course that is too narrow and too short-sighted in scope to accomplish what must really be accomplished in the long term.

Long term stability, security and peace are the goal, not merely a military victory over a certain group or organization.

“When you look at the problems listed above, it is clear that a platoon, a company nor a brigade of soldiers is going to fix these kinds of problems. Certainly they can address and support some of them but first and foremost this is an issue of legitimacy and governance.” 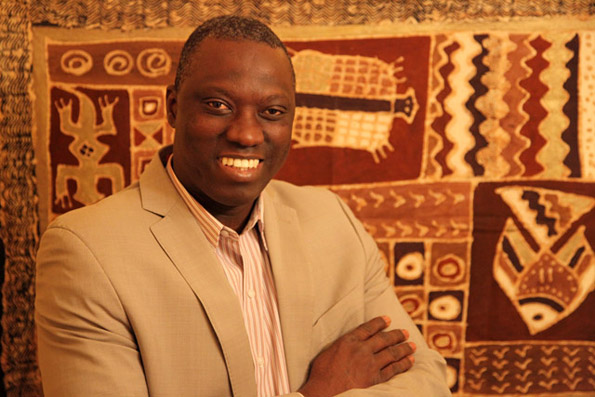 Yeah, with his engaging smile, is principled, tough and optimistic. The crisis centered in Mali is actually what he calls “Mali’s Moment”. “If you look at the times,” he said, “you could be scared, but the current situation has given me hope that the people of Mali want a leader who can step himself above the current political climate and offer new ideas and a fresh start for Mali. Sometimes it takes a significant event like we have faced for people to finally realize their potential.

“We have never had this much attention in the history of our country whether for good or bad. Mali could capitalize on this and become a tourist destination and build our economy. We will need a strong army to protect the country and enforce our institutions. Our part in this is to take the power from the strong, central government and spread it by empowering local leaders. Where others would limit us, my ideas go further. How do we make sure we provide prosperity and stability from the small village to the larger cities? That is the plan I have thought out and the platform I have been running on.”

Training and empowering local leaders can turn Mali around. “I see in this big turmoil, hope for a new Mali,” he said. Yeah believes that Mali is a big tent and everyone can be invited to the table to participate as long as they want to restore democracy and keep Mali’s territorial integrity intact.

The road from here to election day in July will be intense-not just in campaigning as those in many other countries would expect-but in maintaining Mali’s stability when factions in the north want to set up their own country and members of the current weak Malian government are reticent to give up their power.

Yet should he be elected, Yeah will have to deal directly with the terrorist problems in the north and the disarray caused by a weak government and weak economy. He believes he can make this Mali Moment the beginning of a new nation, forged on correct principles-and at the same time spare the rest of the world the threat of a new al Qaeda stronghold.

It’s a tall order. If he feels he has the weight of the world on his shoulders some times, it is because he really does.

Yeah Samake needs our financial help to be elected president of Mali, an election that will affect us across the rest of the world. Please donate to his campaign. Even a small amount can make a difference. Go to his donation page here: samake2013.com

Yeah says, “A victory is not just an election. A victory is making Mali a model for change. What Mali needs is an awakening, but I cannot do it without your help.”

I have no knowledge of Yeah other than from this article. We (who live in Africa) have a saying that; "Living in Africa is not for the fainthearted (sissys)" Africa often has a harsh ways of dealing with itself and with those who strive to change its historical order: tribalism, tyranny, autocracy and dictatorships.May Yeah be protected in his reform efforts from death and from the conspiring evil which often permeates the soul of this continent by seeking to keep it and its peoples in darkness, superstition, subjection and poverty.May the power and protection of the Lord be with him. He will certainly need both in order to succeed.

Prayer and contributions going to this brave warrior!