Make and Keep Covenants: Lessons from the Life of Samson | Meridian Magazine

Make and Keep Covenants: Lessons from the Life of Samson

The Birth and Covenant of Samson

The life of Samson teaches worthwhile lessons about what it means to make and keep (or make and break) covenants.

Samson was a Nazarite from the womb by divine decree. An angel spoke to Samson’s mother and father and said: “Thou shalt conceive, and bear a son; and no razor shall come on his head: for the child shall be a Nazarite unto God from the womb” (Judges 13:5,13,14).

The book of Numbers explains what it means to be a Nazarite, and to make and keep a Nazarite vow or covenant.

“He shall separate himself from wine and strong drink . . . there shall no razor come upon his head . . . he shall be holy, and shall let the locks of the hair of his head grow. . . He shall come at no dead body. He shall not make himself unclean for his father, or for his mother, for his brother, or for his sister, when they die: because the consecration of his God is upon his head. All the days of his separation he is holy unto the LORD” (Numbers 6:3-8).

Such a covenant could be a temporary or a lifetime vow, depending on the circumstances.

Samson the Nazarite was born to a woman who was barren. He was conceived after his birth was prophesied by an angelic visitor to his parents. This is an event that has happened only four times in the Bible: Isaac, John the Baptist, Jesus, and Samson. The angelic announcement of his impending birth put Samson in a very small fraternity.

Samson was born in Zorah, a town overlooking the valley of Sorek, almost exactly between the Judean highlands and the coastal lands of the Philistines along the Mediterranean. The early years of his life must have filled his parents’ lives with joy. He was a child of promise, under covenant, who had a remarkable spiritual gift. “And the Spirit of the Lord began to move him at times” (Judges 13:25).

Samson’s most notable gift was that he had great strength. Anytime he exercised that gift, his biographer assigned the credit to the Spirit of the Lord rather than to Samson. His strength continued to be a protection to him until he had turned from all of his covenants by abandoning every element of his Nazarite vow.

The Strength of Samson

With his gift, Samson did things that normal people cannot do. In Judges 14:6 the “Spirit of the Lord” came mightily upon him and he killed a lion with only his hands.

In Judges 14:19 we are told that the “Spirit of the Lord came upon him” and he killed thirty men to pay a gambling debt.

The first time the Philistines came after him, “he smote them hip and thigh with a great slaughter” (Judges 15:8). The next time they came for him, even though he was bound tightly, “the cords that were upon his arms became as flax that was burnt with fire, and his bands loosed from off his hands. And he found a new jawbone of an ass, and put forth his hand, and took it, and slew a thousand men therewith” (Judges 15:14 – 15).

When his enemies surrounded the place where he was sleeping in Gaza, he “arose at midnight, and took the doors of the gate of the city, and the two posts, and went away with them, bar and all, and put them upon his shoulders, and carried them up to the top of an hill that is before Hebron” (Judges 16:3). By whatever road he took, Hebron is at least 30 miles from Gaza.

The Weakness of Samson

Samson, however, was not simply a strong man who could accomplish astounding things. He was also a Nazarite, under a vow to be consecrated, separated, and holy. Keeping that covenant became more difficult for Samson than any feat of strength.

Samson had geographic choices very much like his spiritual choices. He could go up to the dwelling places of the covenant people of God (his home was about 8 miles west of Jerusalem), or he could go down to the coastal cities of the polytheistic, wicked Philistines. The first four words of Judges 14 indicate the direction Samson chose for most of his life. “And Samson went down…”

In this first recorded instance, Samson “went down” to the Philistine city of Timnath. He met a young woman there who pleased him (see Judges 14:3) and instructed his parents to arrange for a wedding. The reaction of his parents suggests that this infatuation with women outside the covenant was a continuing concern. “His father and his mother said unto him, Is there never a woman among the daughters of thy brethren, or among all my people, that thou goest to take a wife of the uncircumcised Philistines?” (Judges 14:3).

The word never’ in his parents’ comment indicates that this is not the first time Samson had gone down.

But Samson insisted and prepared to marry outside of the covenant people.

While at his wedding feast, he made a wager with thirty young men, but he was coerced by his new wife who got the answer from him and gave it to Samson’s companions. He killed thirty men to pay that gambling debt (see Judges 14:19).

Remember this is a man who was under a sacred vow not to come in contact with any dead body.

In his anger at his wife, he went home to his parents, but then reconsidered and returned to Timnath. However, in his absence, the young lady had been given to another man.

Samson exacted a dramatic revenge on the Philistines (see Judges 15:4,5). He burned up their corn, orchards, and vineyards.

In Judges 16:1, Samson went to Gaza and visited a harlot. This was a man who was under a vow (a covenant) to be holy!

The Lessons of Samson

Imagine what Samson might have accomplished if he had been as faithful as Seth or Jonathan or Joshua. But he was not, and in his descent, he teaches us important lessons about covenants.

One of these insights comes in Judges 16:17. After deceiving Delilah three times about the source of his strength, he relented and told her the truth:

“There hath not come a razor upon mine head; for I have been a Nazarite unto God from my mother’s womb: if I be shaven, then my strength will go from me, and I shall become weak, and be like any other man” (emphasis added).

Only as we keep our covenants are we separated from the rest of the world. To the degree that we turn from them, we become “like any other man.”

Those of us who have made covenants to follow Christ and to be Christians must be different from the world. Our light must shine so that others who see us will glorify God (see Matthew 5:14-16).

The story of Samson correctly teaches us that this will only happen in an atmosphere of covenant-keeping.

The second insight comes a few verses later when Samson’s hair is cut by the conniving Delilah, who had been promised an astonishing amount of silver to learn the secret of Samson’s strength (see Judges 16:4,5).

She cajoled him and pled with him so much that Samson “was vexed unto death [and] he told her all his heart” (Judges 16:16-17).

“And she made him sleep upon her knees; and she called for a man, and she caused him to shave off the seven locks of his head; and she began to afflict him, and his strength went from him.

“And she said, The Philistines be upon thee, Samson. And he awoke out of his sleep, and said, I will go out as at other times before . . . And he wist not that the Lord was departed from him” (Judges 16:18-20).

Samson could not tell that the Spirit of the Lord and the power of the Lord were gone from him. His descent from those early days in Zorah was not like falling off of Angels Landing in Zions National Park; a gut-wrenching, heart-stopping, instantaneous change of six hundred feet in elevation. Rather, his descent was like sauntering down the gentle slope from the trees to the lake. If the person heading for the water is not paying close attention, he or she might never notice the change in altitude.

When Samson turned from the only remaining remnant of his Nazarite vow, and his hair was cut, the Spirit departed finally and completely. But he was not even aware of the difference.

That is how the loss of the Spirit usually occurs. We must not allow this to happen to us. We have better examples to follow. 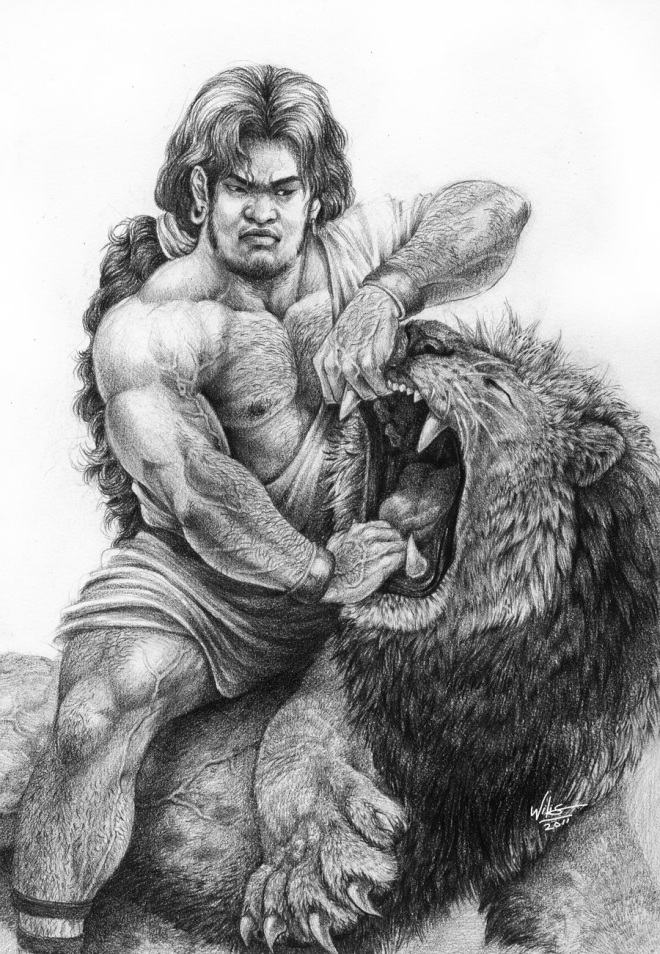 Bible stories like those of Job, Daniel, and Joseph teach us powerful lessons about men who went up rather than down.

“Verily I say unto you, all among them who know their hearts are honest, and are broken, and their spirits contrite, and are willing to observe their covenants by sacrifice??yea, every sacrifice which I, the Lord, shall command??they are accepted of me” (Doctrine and Covenants 97:8).

We must follow the example of such men, men who were willing to observe their covenants by [email protected] regardless of the danger or difficulty involved.

“Ordinances and covenants become our credentials for admission into [God’s] presence. To worthily receive them is the quest of a lifetime; to keep them thereafter is the challenge of mortality” (Boyd K. Packer, “Covenants,” Ensign, May 1987, p. 24).