President’s Day is a perfect holiday to reflect back on great presidents, historical events and American heroes. All but the last two of these books are geared for ages nine and up. The last two are picture books that are good for all ages. 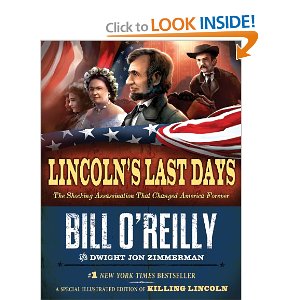 Lincoln’s Last Days: The Shocking Assassination That Changed America Forever, by Bill O’Reilly and Dwight Jon Zimmerman, is one of those history books that we adults wished we had when we were in school. This well written book describes not only the assassination of our 16th president but the culmination and ending of the Civil War and the events that took place prior to and leading up to Lincoln’s death, as well as capturing the men who were part of the assassination plot. My husband and I listened to O’Reilly’s original bestseller: “Killing Lincoln” and we were mesmerized with it. However, there were some intense situations that included violence and a few references to sexual conduct, so I was concerned that these might still be included in this “kids” version. But the authors did an excellent job editing out what was inappropriate for kids but maintaining the integrity of the story to keep the story factual and the events moving along. The chapters are short, the font is larger and there are interesting photos and drawings throughout the book. I especially liked the inside covers, both front and back: the handwritten Gettysburg Address. Be sure to check out the fascinating facts, time-lines, Lincoln locations in Washington D. C., military terms, and recommended websites, reading and DVD’s. This is an amazing “kid friendly” version that should become a requirement in our schools.

A True Patriot: The Journal of William Thomas Emerson, A Revolutionary War Patriot, Boston, Massachusetts, 1774, by Barry Denenberg, invites young readers into the turmoil of living in a country that is about to become independent from England. Young Will has gone to live with a tavern owner and begins to understand the turmoil the colonial patriots are experiencing. Reading through his journal is an excellent way to understand the great sacrifice many endured for their freedom. 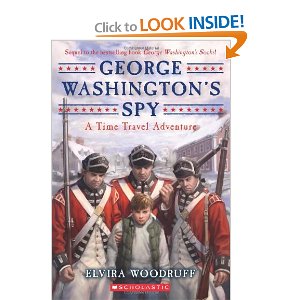 George Washington’s Spy: A Time Travel Adventure, by Elvira Woodruff, is a sequel to “George Washington’s Socks” which was originally written back in 1991; both books are excellent historical fiction that kids will thoroughly enjoy! In this story, a group of kids are transported while on a rowboat. The boys get involved in a Patriot spy ring while the girls end up with a Loyalist family. This situation brings to the surface the complexities of life during the revolution as the girls witness Patriots exhibiting bad behavior towards the Tory’s and begin to understand why some stay loyal to England. This book is a page-turner as well as learning much history of the revolutionary time.

I Survived the Battle of Gettysburg, 1863, by Lauren Tarshis, involves two siblings who have been slaves on a Virginia farm. Now they have escaped, but when they cross paths with a Union soldier who will soon be sent to fight in the battle of Gettysburg everything changes for these kids. The brother and sister soon become entangled in one of the worse Civil War battles! This is book # 7 in the “I Survived” series and every one of these historical fiction accounts (which include “The Sinking of the Titanic” and “Hurricane Katrina”) is excellent! 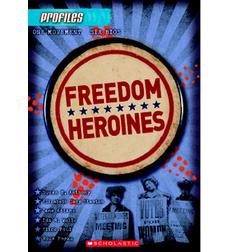 Freedom Heroines, by Frieda Wishinsky, includes six profiles about Susan B. Anthony, Elizabeth Cady Stanton, Jane Addams, Ida B. Wells, Alice Paul and Rosa Parks. The stories are about each of these outstanding women and their childhoods, their family life, their heroic accomplishments and even how their lives interact. There are also colorful photos found throughout.

Lincoln and Grace: Why Abraham Lincoln Grew a Beard, by Steve Metzger, and illustrated by Ann Kronheimer, is a paperback picture book that notes the event when eleven-year-old Grace Bedell wrote a letter to the Presidential Nominee, Abraham Lincoln, telling him he should “let his whiskers grow….for your face is so thin.” Grace added that women like whiskers and “they would tease their husbands to vote for you.” This actual account was taken to heart by the nominee and after winning the election, he did just that. There is addition background information found throughout this quick read. 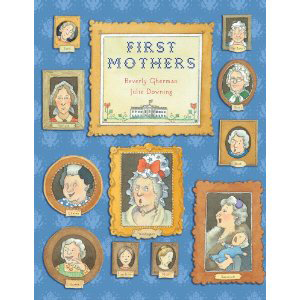 First Mothers, by Beverly Gherman,   and painted with watercolor and colored pencils by Julie Downing, is an interesting account of the mothers of our U. S. Presidents. Included are the facts that Lincoln’s mother was a wrestler, Jefferson’s mother ran a plantation by herself and Andrew Jackson’s mother saved him from a British prison camp. After all, what would we all do without out dear old moms, let alone these great men!