In the weeks following the missionary age announcement, the Church reported that missionary applications had increased dramatically (from 700 applications per week to 4,000), with women comprising more than half of the applicants. While the number of post-announcement applications is still double what it has been in the past, the total number of men and women who have applied since October is now about equal. Prior to the announcement, approximately 15 percent of missionaries were young women. 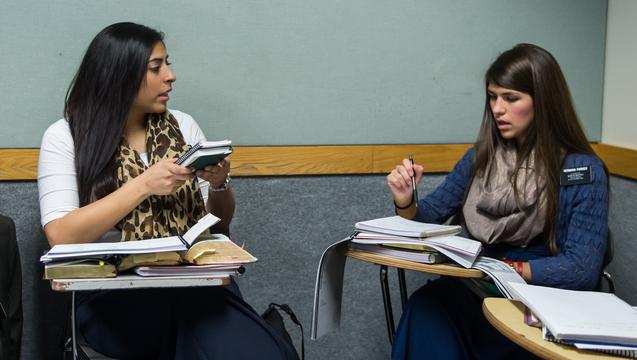 What the Church is doing to accommodate more missionaries

Speaking to missionaries at the MTC on Christmas Day, Elder Russell M. Nelson of the Quorum of the Twelve Apostles dispelled false rumors that missions were opening in areas not currently open to missionary work. “Such rumors are absolutely false. Refute them!” Elder Nelson said. “Leaders of this Church enter countries new to the Church through the front door. We do not go in through the back door or via the alley. Our relationships are based on honesty, openness, integrity and complete compliance with local law.”

“We’ve had many missions that have been 220 to 250 missionaries over the history of the modern Church in different places,” he says.

Because the Church has allowed some missionaries in 48 countries to serve at 18 for the past several years, the greatest surge of missionaries from the October announcement will come from countries where the younger age limit was not in place – including the United Kingdom, the United States, Canada and Japan.

To increase MTC capacity, each training center is maximizing empty space, including putting more bunk beds in each room. For example, the Church’s flagship MTC in Provo, Utah, will increase capacity from 3,000 to 4,800 in the short term. Long-term plans are also being considered. Although in mid-October Church leaders decided to not move forward with the construction of a nine-story building originally proposed for the Provo MTC, plans are still in the works to increase the center’s long-term capacity.

Although many more missionaries will be at the MTC at one time with the same facilities, Missionary Department managing director Stephen B. Allen says the MTC experience for each missionary will be equally good, if not better. 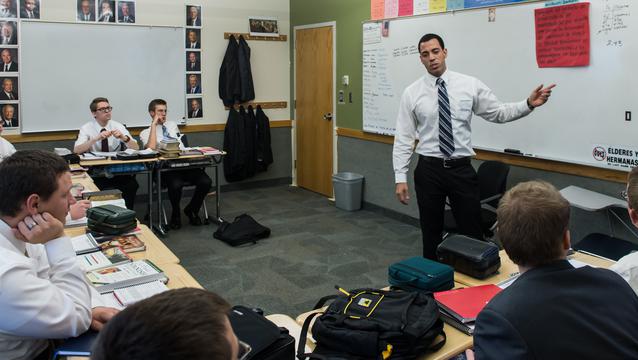 The impact of the missionary age announcement also has a significant impact on enrollment numbers at universities in Utah and elsewhere.

Elder Evans notes that the Church is deeply grateful to university administrators who have taken steps to accommodate young men and women who choose to serve.For example, at the end of November the University of Utah announced a new enrollment deferment policy that allows students to defer the start of their schooling for up to seven semesters. And in October Utah State University appointed a task force that is currently considering strategies the university can implement to best adapt to those who choose to serve a mission.

“The accommodation made by the universities has just been wonderful,” Elder Evans says. “Their willingness to consider the position of the Church and then seek the admission of the young people of the Church with the hope they’ll come back to those institutions after their missions has been very, very gratified, and we would be remiss if we didn’t express appreciation to every university that’s making that effort.”

It’s no secret that many more young women have volunteered for missionary service since 6 October. Church leaders are grateful for their willingness to serve. In a press conference following the announcement, Church apostle Jeffrey R. Holland said he is “absolutely delighted if this change in policy allows many, many more young women to serve,” noting that “those [women] who do serve are stunningly successful.”

Church leaders are also thrilled in general that more of the Church’s young people – men and women – will now be able to serve missions.

“This is an invitation of love from the Lord to this entire generation,” Elder Evans says. “What I would also say is that the scriptures make it clear, and I think the First Presidency and the Twelve have made it clear, … that we are all equal before God.”