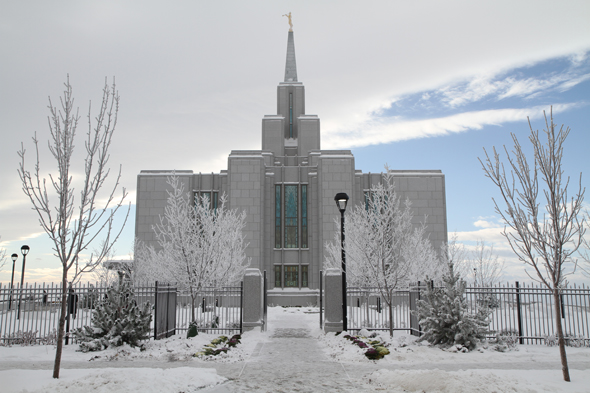 President Thomas S. Monson dedicated the Calgary Alberta Canada Temple on Sunday 28 October 2012. It is the 140th temple in the Church, and the eighth temple in Canada.

Three dedicatory sessions were held, which were also broadcast to meetinghouses throughout the temple district. 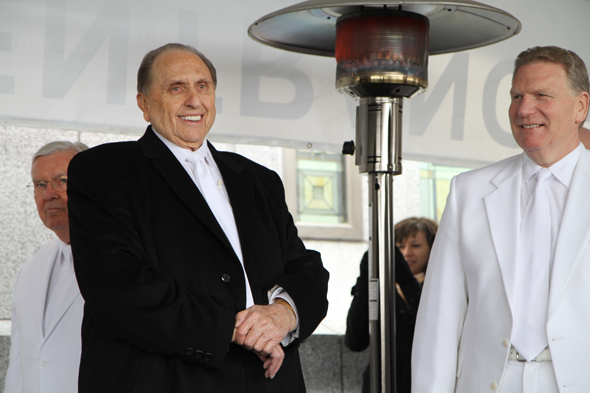 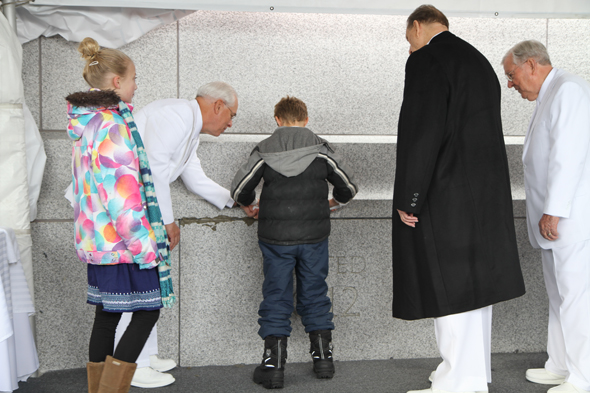 During the traditional cornerstone ceremony where the final block is cemented in place, President Monson said to those gathered, “Remember what you feel here as well as what you see here. This is a very good occasion.”

Sarah Gossling, who attended the temple dedication, said the experience gives her a starting point from which to tell others about how much the temple means to her. “It makes it so much easier to talk to my friends and acquaintances all about the temple and my beliefs.” 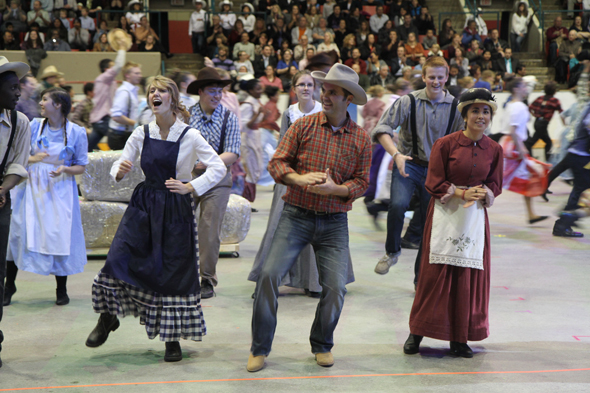 A choir composed of Latter-day Saints from within the temple district sang Church hymns for the dedication and cornerstone ceremony. And as is tradition, the dedication was preceded by a cultural celebration featuring music and dance by the Canadian youth of the Church in the Stampede Corral Saturday evening. 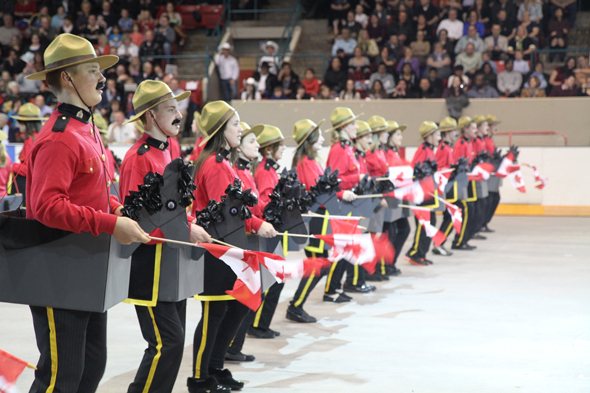 The exterior of the three-story, 33,000-square-foot temple features gray granite from China. The building stands 35 meters tall and is crowned with a 3-meter gilded statue of the angel Moroni.

The new temple district will serve 25,000 members of the Church, which includes Calgary and the surrounding communities from Banff in the west to Drumheller in the east.

More than 100,000 visitors toured the temple during the three-week public open house from 29 September through 20 October 2012.

There are also temples in Cardston, Edmonton, Vancouver, Regina, Toronto, Montreal and Halifax. A ninth Canadian temple has been announced for Winnipeg, Manitoba.