THE GUY NEXT DOOR by Kate Palmer | Meridian Magazine

THE GUY NEXT DOOR by Kate Palmer

Personal choice, determining the limits of personal standards, and making hard decisions are some of the dilemmas faced in The Guy Next Door by Kate Palmer. 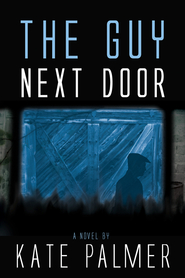 Eva is hurt and disappointed when she learns her fianc has purchased a set of china. Isn’t it the bride’s prerogative to select or at least participate in the selection of a bridal couple’s first china? Is she over reacting or is Sean’s action symbolic of everything else in their relationship? Eva is beginning to suspect she’s in for a lifetime of having her choices and desires overturned by her ambitious, confident, and wealthy husband-to-be. With only weeks before their wedding, tragedy strikes, leaving Eva with her infant niece to raise. Sean sees no difference between Eva agreeing without consulting him to raise her only sibling’s child and his decision to buy a set of dishes on his own. He doesn’t want to start their marriage with a ready made baby. Eva is almost thirty and unsure whether she’ll have another chance to marry; she loves Sean, but she can’t put her only living relative, a baby she dearly loves, up for adoption.

When her world, but not her faith, seem to be falling apart Eva is grateful for her deceased brother-in-law’s large helpful family and for her next door neighbor, Peter. Peter isn’t often at home, but when he is, he goes out of his way to be helpful and supportive, yet there is something mysterious about him. She suspects there’s more than friendship involved between them, but she’s not certain how she feels about their budding relationship in light of her feelings for Sean and the secretive way Peter avoids questions concerning his work and his background.

Life gets more confusing as Sean attempts to re-establish their former relationship and reveals a startling photograph of Peter. Then there are strange lights at odd times of the night in the “vacant” house on the other side of Eva’s house.

The Guy Next Door is primarily a love story, but it also contains some strong suspense elements. The love story moves at a fairly slow, realistic pace with the obstacles in Eva’s relationships with each of the two men thought provoking and not easily dismissed. The overall pace of the story, especially the first half, is a little slow, but I didn’t find it tedious as is often the case with slower paced novels. The suspense element only comes to life in the second half of the book.

The characters are believable and interesting with Eva particularly showing a strengthening of personality and personal growth at the story progresses. Both Sean and Peter are easy to like, yet have flaws they attempt to overcome, making them stronger characters.

Kate Palmer has taught elementary school and this is her first novel. She, her husband, and six children live in a rural area where they ride horses and keep chickens.

THE GUY NEXT DOOR by Kate Palmer, published by Covenant Communications, soft cover, 224 pages, $14.99 also available on CD and Kindle