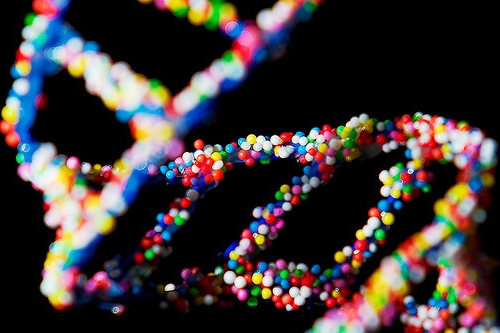 In 2000, when John Pratt and I wrote in Meridian Magazine about the amazing sequencing project of the human genome, the opinion of many scientists was that some 90% of the three billion DNA letters in our cells has no function at all–calling it “junk DNA.” Now, a ten year follow-on research project is beginning to publish discoveries centered within this so called junk DNA code. Like the complex rule base of an expert system on a computer, it is now estimated that 80% of our DNA contains a “complex network of regulatory switches that control how cells interpret the genetic instructions contained in DNA.” (Tina Hesman Saey, “Team releases sequel to the human genome: ENCODE reveals regulatory machinery in DNA,” Science News, September 5th, 2012 edition.)

In the September 5, 2012 issue of Science News, it is reported that the genes discovered in the original human genome project only covered 2-3% of the human DNA genome. “For the new project, ENCODE collaborators cataloged all 50,000 human genes, including about 21,000 that make proteins and nearly 30,000 that don’t. The analysis reveals that at least 80 percent of the genome serves some purpose. ‘Perhaps none of it is truly junk,’ says Ross Hardison, a biochemist and molecular biologist at Penn State University in University Park.”

“Most of the genome appears to be engaged in regulating gene activity, with multiple transcription factors and other regulatory proteins teaming up to control the action of each gene.”

I spent many years in my career developing Artificial Intelligence expert system tools for manufacturing companies worldwide with Dell Allen of the BYU Technology Department. The logical rule bases for these systems can capture the reasoning of a manufacturing expert in areas such as process planning of an aircraft part or designing a complex processing system used in the oil industry. Here is a figure from Dr. Allen’s and my 1982 patent that relates to generative process planning derived from design and material specifications.(Ronald P. Millett et al, “Information storage and retrieval system and method,” Patent #4,318,184, ) 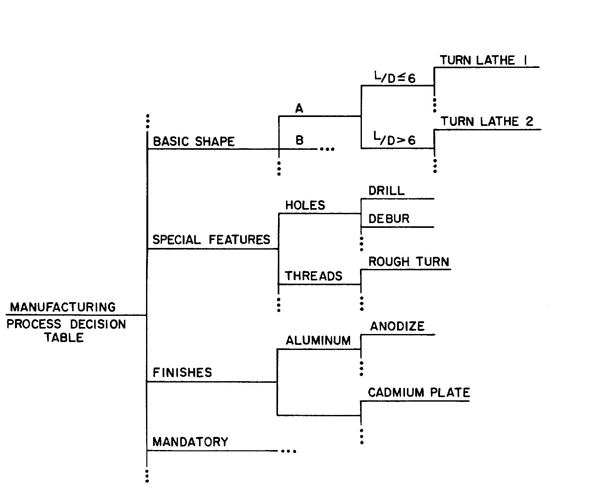 The execution of sequential forward chaining rules represented by this decision tree in my 1982 patent can be used to simulate the complex processing planning logic practiced by manufacturing engineers.

This interlocking network of regulatory switches that control gene activity certainly seems to me to be similar to an expert system. An expert system is carefully designed, with complex interactions between the rules of the system, often based on man-centuries of research and experience. As a programmer, it would be ludicrous to think that complicated programming logic similar to the production expert systems we worked on in industry could “write itself,” without intelligence or design.

Certainly the pseudo-random physical DNA mutations theorized in the current version of Darwin’s evolutionary theory could not make such an expert system rule base. Intelligence must be involved either through the light of Christ that powers and gives life to all things and/or via direct design settings, genetic engineering and intervention from Divine sources. Certainly, these new DNA discoveries are yet another powerful witness that “All things denote that there is a God.” (Alma 30:44)

(See also: Anastasiya Vanyukevich, “New Study Drops Theory of ‘Junk DNA’ in Genome: One of the biggest mysteries in genetics has been solved after scientists revealed the secrets of ‘junk DNA’,” TheBlogIsMine.com, September 18, 2012.)