Missionary Moment: Blacks and the Priesthood, an African Perspective 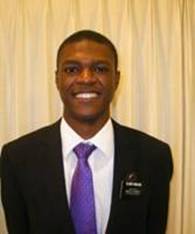 Allow me to share some personal experiences and insights about the so called ‘priesthood ban’ which ended on 8 June 1978 by direct revelation from on high. A lot has been said on this subject by scriptorians and scholars alike. In this setting, I will be neither of those. In fact, there are certain things that I am not willing to do (when approaching this subject), and that includes speculation and/or guess work. Rather, I will be sharing a number of thoughts, feelings and experiences on the matter, as I am an “African Mormon” and thus this directly applies to me. I would also like to reiterate that though commentaries like these are often helpful and useful, I hope that in the coming days that they will no longer be necessary. I therefore address this to whom ever it may concern.

Many months ago, when I first started out on my mission, I remember clearly some encounters that I had regarding this issue. They took me totally by surprise and in each setting I was generally caught off-guard, but now I can usually see it coming from a mile away, and time and experience have taught me a thing or two. Let me share a few of those.

The first was when we were out tracting in the early evening. On one of the doors was answered by a white lady. We found out later that she had left the Church (which explained the disapproving look on her face when she saw us). But let me share just a little of what was said during that exchange. She greeted us both, then looked at my companion and shrugged. Then she turned and looked at me and said, rather boldly, “Why are you even Mormon? They were unfair to you!” I was totally taken aback, and was at a loss for words. I thought about it for a minute or two and then it finally dawned on me to what she was referring to.

Next experience. We were teaching a family that we met while tracting, one of the first doors in the neighborhood. They were African-American. A young couple probably in their mid-thirties. I was already intimidated by Damian because he was a huge Marine; and by Keisha because she could really whip out that attitude like nobody’s business–but it was all good-natured.

We were in the middle of teaching the Plan of Salvation when Damian abruptly stopped the lesson and turned to me and said, “I’ve never seen a black Mormon before and your Church and its teaching are so foreign to us!” Before I could formulate a response he then added, “Your Church leadership is so so ‘jarringly white!” I happened to have a copy of the General Conference Ensign with me in my backpack and it has pictures of all the general authorities in it. I pulled it out and showed them a picture of Elder Joseph W. Sitati from Africa. They smiled and seemed to nod their heads in approval and we continued where we left off in the lesson.

The last experience of this kind that I want to share involved an older gentleman whom I will call Harry. Harry has had lessons from missionaries before but suddenly stopped taking them. We went by to visit him. We had an interesting discussion about families and the importance of the temple. Again the lesson halted abruptly and he motioned for us to wait for him while he went upstairs to check on some notes he had written down. I had the distinct feeling that we were about to find out exactly why he had stopped taking the lessons, and I was right. He came back down, looked me in the eye and asked  “So what‘s this “Mark of Cain“ business that Brigham Young talked about?”  I had often wondered that myself, and so have many others, hence I am writing this.

These experiences have taught me many things, and all of the above concerns do have answers to them. I think one of the first reflective thoughts that I had when this first took place was “Man, this is going to be a very long two years!!”  Ha ha, but on a serious note, I realized that there were many false ideas that were still being perpetuated about the “whys” and the “hows” of the priesthood ban. It seemed to me, that the untrue and un-doctrinal explanations of why the ban came to be did all this damage and not the actual ban itself- and more than 30 years later, I (and many others) are dealing with the residual effects of it. I also realized that it was essential that these concerns be addressed and they are not to be pushed aside or ignored. The First Presidency has shown us how to do that. Note the recent Church statement which was made not too long ago.

The other lesson that I had to learn from this was that I will always and forever be a representative of Jesus Christ whilst I’m out here, and that I am not necessarily representing any demographic group. I am not a ‘Black Mormon’ or at least I don’t think of myself that way. I am a Mormon who just happens to be Black. Sounds much better! But, I think for the first time in my life, I was forced to confront this issue head on, and that was a scary thought.

So how do I do it, or how does anyone do it for that matter? Well, there are three simple things. First, I separate fact from fiction. Far too many folks will not hear what the Lord has “now revealed or {will} yet reveal pertaining to the kingdom of God.

Second, I honour the priesthood. Our leaders today have spoken, and if you will look, you will notice that things are revealed line upon line, precept upon precept, and that includes modern prophets and revelations taking precedence over those that have gone with time.

And third, my testimony of the First Vision, Joseph Smith’s calling as a prophet and the coming forth of the Book of Mormon far outweigh the things that we are not entirely sure about. I just know that all things will be revealed when the Lord comes again and He will give us the answers that we are looking for. After all, it is His priesthood anyways, and like my other racial counterparts, we are to honour it and we are glad to have it so we can further His purposes. I love the priesthood!

Many years ago when I was a newly ordained deacon in Durban, South Africa, my mom made sure that I was ready for the responsibilities that lay ahead. She reminded me of the the promises that I had made with God and I should therefore carry myself accordingly. Each Sunday as a quorum we passed the sacrament and took care of the building. We did our best to magnify our callings. Some of the responsibilities we had meant that we had to stay at Church for an extra hour before we could go home. But nobody complained. We were just glad to have the privilege of helping in some small way.

One experience as a quorum still brings tears to my eyes and truly reminds me what it means to be in a quorum (and now as a full time missionary).

In our ward we had a little “house rule”. Anybody who either passed, prepared or blessed the sacrament had to have a suit jacket on– no exceptions. Despite the heat and humidity of Durban, South Africa, it just looked good! Uniformity was key, even in our appearance. And so it was for many years, even before I was even born. Things were always done like that in our ward.

Well, as you may have guessed this all changed. There was a young deacon who moved into the ward with his family. They were an extremely large family and had little means. They were as poor as anyone could be in the city of Durban without actually being homeless. One of the sons was 12 and wanted so very much to participate. But he did not have the attire that all the other boys did, and so he sat back the first few Sundays, while we went about our duties. I am not exactly sure who noticed this, but we were alerted to the matter, right before the Sunday service was to start. We felt ashamed for neglecting him, and we didn’t know how to react. We just stood around the sacrament table, the hymn was about to be sung  and people were starting to notice that we hadn’t moved. We looked at each other and without a word, we all just took off our suit coats (yes there were a few gasps. A 40 year tradition just broken!). One of the older priests invited the young deacon to come join the rest of us at the sacrament table, and he was able to come join us and assist. There we were, with our white shirts and ties, and more importantly with clean hands and a pure heart, ready to officiate for the Lord in this ordinance. It was the most spiritual sacrament meeting ever. I learned again, that this gospel is for everyone (2 Nephi 26:33), and that a quorum is only a quorum when all are involved, and no one is left behind.

I thank Father in Heaven for being patient with all of us, and teaching us little lessons, and showing us that we are really all brothers and sisters. As far as I am aware, the only lineage that has any significance to any person on this earth regarding the gospel is that of Abraham, Isaac and Jacob (if you were wondering I am an Ephramite). One need only look at the saints who are in Africa and see them keep the commandments, sometimes at great personal risk of their lives, their livelihoods and being rejected by their communities. Is that not being valiant? Besides, we all chose Jesus, and we know this because we are now born on this earth.

I have a quote, by Nelson Mandela, and I think it is appropriate for this commentary. It is an ode to the fact that racism is not passed on genetically, but is passed on through teachings of the fathers.

“”No one is born hating another person because of the colour of his skin, or his background, or his religion. People must learn to hate, and if they can learn to hate, they can be taught to love, for love comes more naturally to the human heart than its opposite.”

So here we are, now, in this great Church which has been destined to fill the earth, and we are to make it good and ready so she can be received by her King, Jesus Christ. There will always be those who are so ready to point the finger of scorn and so ready to mock at us as if from a great and spacious building. Stay faithful and true. We must all, each and every one of us, confront the truth that so glaringly stares us in the face ever since the boy-prophet walked out of the Grove which we now call Sacred. This is a gospel of love, always has been, and always will be. I share these thoughts with you in the hope that it may bring some comfort to those with unanswered questions. This is my testimony, in the name of Jesus Christ, Amen.