Local Composer’s Musical to be Featured at Prestigious NYMF Festival 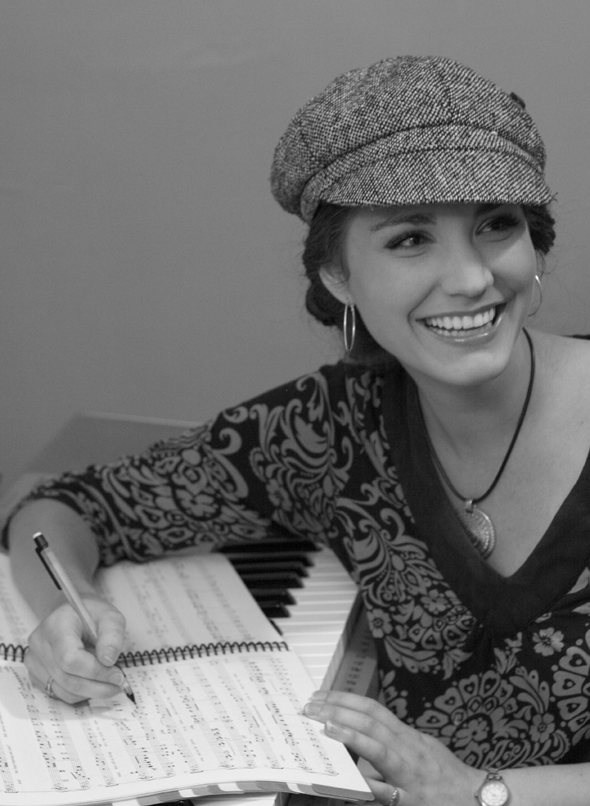 Erica Glenn of Pleasant Grove, UT was just twelve years old when she wrote her first full-length musical, Dancing Shoes, based on one of her favorite childhood books. She submitted the script and music to two different theaters in Utah County. To her surprise and delight, both theaters-The Villa Playhouse in Springville and Valley Center Playhouse in Lindon-agreed to produce the play as part of their regular season. Dancing Shoes went on to win “Best Play of the Year” at Valley Center Playhouse.

That was more than a decade ago. The now twenty-six-year-old Glenn has since published six plays and her shows have been produced all over the US, the UK, and even as far away as Hong Kong, Spain, Germany, Australia, and Ukraine. Glenn graduated (summa cum laude) from Arizona State University and recently received her M.M. in music composition from the Longy School of Music in Boston where she studied on the Nadia and Lila Boulanger Scholarship. During her undergraduate and graduate years, Glenn’s focus was on writing “serious” classical music (instrumental, orchestral, choral). But she never lost sight of her love for musical theater. 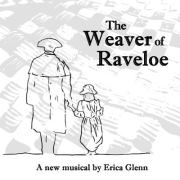 Last summer (the summer before her final year of grad school), Glenn moved to New York City for several months and worked as a transcriber and arranger for composer Charles Strouse (Annie; Bye, Bye Birdie) and lyricist Richard Maltby (Miss Saigon). She was also hard at work on a new musical of her own, The Weaver of Raveloe, based on George Eliot’s beloved novel, Silas Marner. The show was workshopped at Brigham Young University during the fall of 2011 and was given a partial performance this spring by the Salty Cricket Composer’s Collective in Salt Lake City. And now it’s headed to New York City! This spring Glenn learned that Weaver had been selected for a developmental reading slot at the prestigious New York Musical Theater Festival (NYMF).

“This is a tremendous honor,” said Glenn. “NYMF is a big deal; it’s the musical theater world’s equivalent of theSundance Film Festival.”

The largest annual musical theater event in the world, the New York Musical Theater Festival exists to ensure the continued vitality of one of America’s greatest art forms and serves as the preeminent launching pad for new musicals in the U.S. Each summer, the Festival presents an impressive array of full productions, readings, concerts, and other special events in the heart of New York City’s theatre district. It is attended by an audience of more than 30,000 theater lovers and by producers, talent scouts, and other industry insiders. Of the more than 300 new musicals presented at the Festival since its inception in 2004, more than 70 have gone on to successful productions on Broadway, off-Broadway, in almost every U.S. state, and in more than a dozen countries around the world.

Although NYMF provides invaluable support and exposure, the non-profit organization does not cover production costswhich can run into the hundreds of thousands of dollars for a full-scale production.

“We are working on a shoestring budget,” said Glenn. “Virtually all the money we have to work with came through donations from friends and family and other individuals who wanted to invest in this project. I am so grateful for the support we have received-much of it from fellow students who couldn’t afford to donate more than a few dollars. But every little bit helps! My little brother even pitched in $20 from the money he earned doing yard work.”

The show was cast in Boston, where Glenn currently resides. The director, assistant director, music director, accompanist, dramaturge, and dialect coach are all donating their time and talent to the effort, as are the twenty-two cast members-all of whom boast impressive resumes.

“We have an incredibly talented cast and creative team–and it’s all volunteer.” said Glenn. “Our performers came to us from the worlds of opera, music theatre, straight theatre, and choral singing, and their combined strengths have created something truly stunning. They are willing to do this with no compensation because they genuinely believe in this project.  Their dedication has been humbling and gratifying to me as the playwright and composer.” 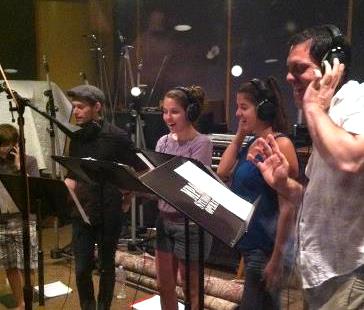 The Weaver of Raveloe is a gripping historical drama along the lines of Les Miserable, The Scarlet Pimpernel, and Tale of Two Cities. Tales of love, loss, and healing intertwine in this musical retelling of Eliot’s novel.  Accused of murder and abandoned by the woman he loves, Silas Marner becomes a reclusive weaver in a village with secrets of its own–secrets which will ultimately drive him to confront the ghosts of his past.

“This show has elements of suspense, action, drama, comedy, and romance all wrapped up into a moving and meaningful tale,” said Sarah Houghton, music director. “I love the music; each song conveys the moment with precision. Musical layers overlap as the story progresses, adding variety and multiple meanings.”

The musical also received high praise from Broadway legend, Charles Strouse, for whom Erica worked last summer. “The music is full of drama and rich in harmonic and melodic substance,” saidStrouse.