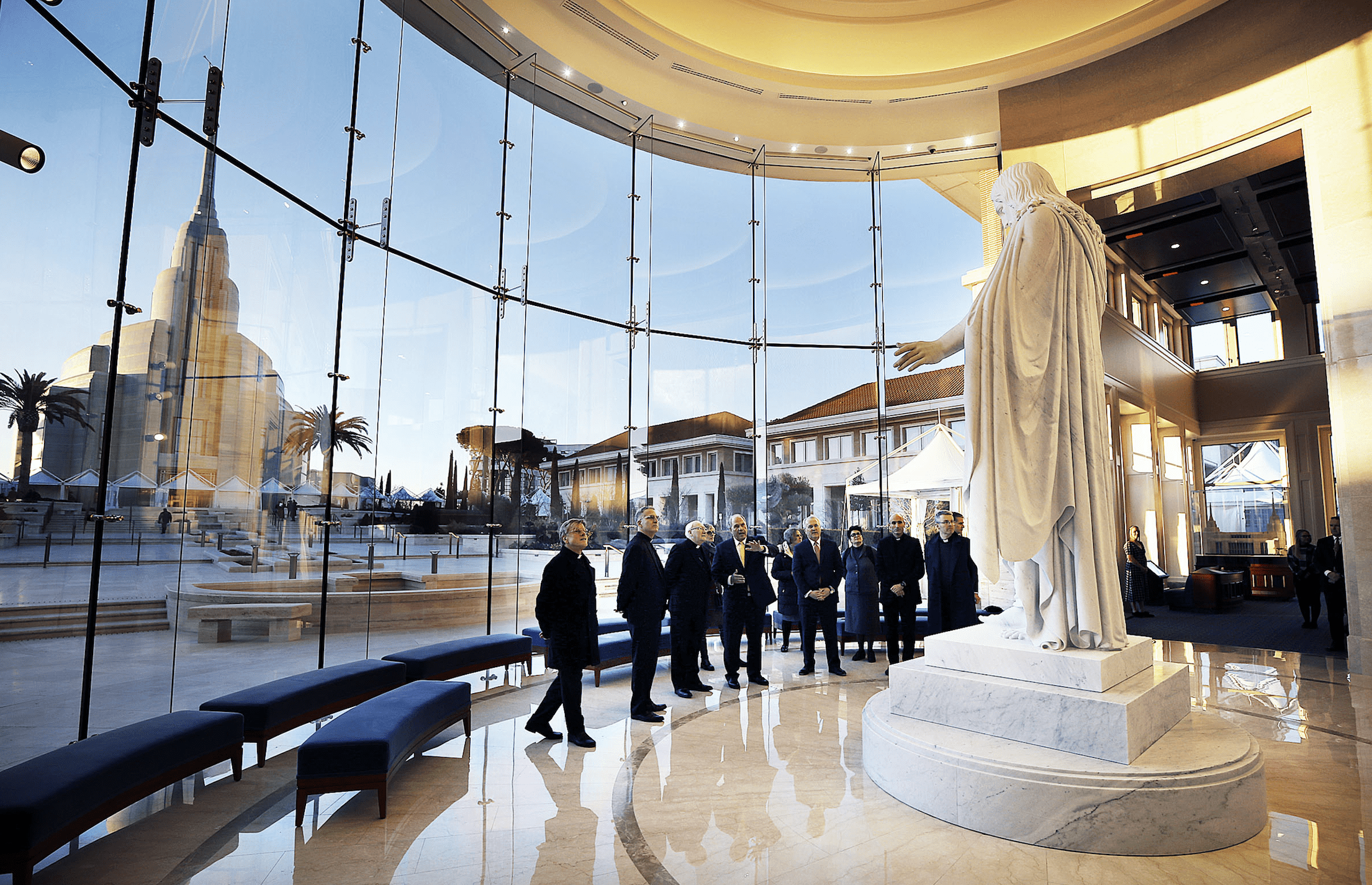 A Catholic delegation led by the secretary of the Vatican’s Pontifical Council for Promoting Christian Unity took a tour Tuesday of the new Rome Italy Temple of The Church of Jesus Christ of Latter-day Saints.

The Most Reverend Bishop Brian Farrell headed a group that included four other priests and three sisters.

Elder Ronald A. Rasband of the Quorum of the Twelve Apostles led the tour with Elder Jack N. Gerard, a General Authority Seventy. They, along with Elder David A. Bednar of the Twelve and other church leaders, are leading tours this week for dignitaries prior to the temple’s public open house, which will be held Jan. 28-Feb. 16, excluding Sundays.

“The delegation from the Catholic Church came today at our invitation,” Elder Rasband said. “They said they came to the temple to learn. They wanted to learn about what we do in both our meetinghouses and in our temples. And they were wonderful. They were friendly. They acknowledged our partnership and our working together around the world on social issues like freedom of religion in the public square. They complimented us especially on the relationship we have with the Catholic Church in America and said that they’d like to have a continuing relationship with us here in Europe.”

The Most Rev. Farrell is secretary of the Pontifical Council for Promoting Christian Unity. The Dublin native served in the Vatican’s Secretariat of State from 1981-2002. He was consecrated a bishop in 2003.

He was joined by another member of the council, Father Avelino Gonzalez, a native Cuban and a priest of the Archdiocese of Washington, D.C. He is a past president of the Interfaith Council of Metropolitan Washington.

Elder Rasband said one leader had attended the Washington D.C. Temple open house in 1974. The others had not been inside a Latter-day Saint temple before.