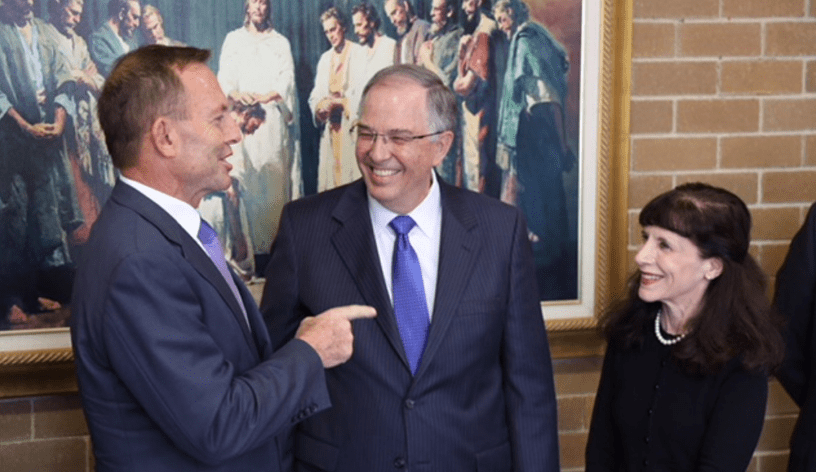 The 188 young missionaries in the Australia Melbourne Mission came to a special conference with Elder Neil L. Andersen of the Quorum of the Twelve Apostles with a question in their heart.

Imagine the surprise when Elder Andersen walked in to the March 16 meeting with Honorable Tony Abbott MP — the former prime minister of Australia.

“The visit by Tony Abbott was quite a surprise,” said President Vidmar. “He was so complimentary of the missionaries and the sacrifices they were making. He encouraged them to persevere and admired their dedication.”