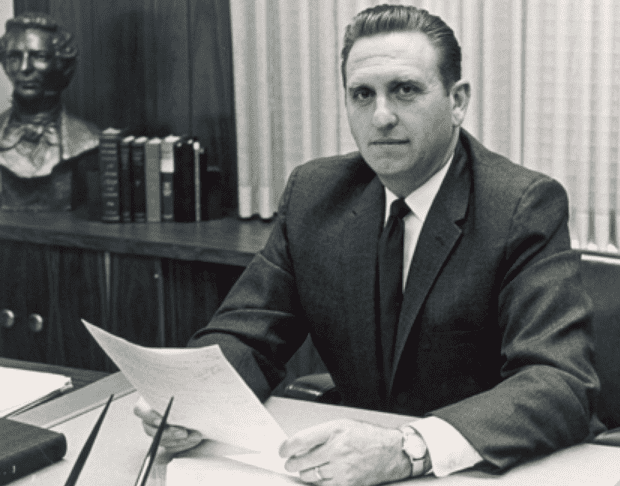 An Unforgettable Meeting in Africa with a Young Elder Thomas S. Monson

In 1975, I was serving as a full-time missionary in Rhodesia (now Zimbabwe), Africa, which at that time was part of the Johannesburg, South Africa Mission.  Our small town of Salisbury (now Harare) was located about 700 miles north of the mission home in Johannesburg, so transfers were typically handled by plane.  Visits from the mission president were usually months apart, since the missionaries were spread over an area the size of the western United States.

To say we were isolated is an understatement.  At that time there was only one mission in all of the African Continent, and the distance from our town of Harare to Cape Town, South Africa (also in our mission) was approximately 1,600 miles away.  This is about the distance from Tijuana, Mexico to Calgary, Canada.  Hence, such a transfer usually involved a flight and a three day train trip to Cape Town.  We had no cell phones, no faxes, no texting, no emails, and the only phone belonged to our land-lady downstairs.  Mail from the United States took almost a month to arrive, and so any letters were extremely outdated by the time we read the “current news” from back home.  We were grateful for a small LDS branch located in our town, but there were no stakes yet created in all of Africa.

It was in this context that we first learned that Elder Thomas S. Monson of the Quorum of the Twelve Apostles, was planning on a brief visit to our isolated African community as part of his mission tour.  We were elated.  Because of the size of the mission, such things as Zone Conferences or Mission Conferences were impossible,  and even interviews with the mission president could be months apart.

So it was with great anticipation that we drove one morning to the LDS chapel across town on the designated date and sat in one of the small class rooms awaiting our special visitor from Salt Lake City.  Our small district of 8 missionaries was sitting in a semi-circle when Elder Thomas Monson entered the room, accompanied by our beloved Mission President, Robert P. Thorn.  At that point in his ministry, Elder Monson had been serving about 12 years as an apostle since his calling in 1963, at the young age of 36.

After a song, prayer and some pleasantries, Elder Monson, then just 48 years old, started at one end of the line of missionaries and began asking some very pointed questions, customized by inspiration to fit the needs of each individual recipient.  I was amazed to note that each question was precisely what each respective missionary was struggling with in his own personal ministry.

The questions went something like this.  “Elder, have you told your companion that you love him?”  This was the only missionary in the room struggling with his relationship with his companion.  I was impressed.  As the District Leader of this isolated district of elders serving in the middle of Africa, I was privy to some confidential information due to my private interviews and exchanges with the elders.

A different question would then be asked to the next missionary:  “Elder, are you memorizing the lessons?”  This was the only elder in the room who refused to try to memorize the lessons, which was standard procedure in those days.  “Elder, are you exercising daily?  Then, “Elder, are you reading the scriptures every day? Followed by, “Elder are you saying your personal prayers every day?” This went on and on, with a little sermon and some loving advice shared by Elder Monson with each missionary after their honest and sincere answers to his queries.  No two questions were the same. Each question was tailor fit for the recipient, and to the best of my recollection, each question dealt with the single most important issue that the particular missionary was struggling to overcome or master.

It was an electrifying experience to observe first hand an Apostle of the Lord walk into a room filled with missionaries he did not know, look them each in the eye, and then know exactly, through the Holy Ghost, with no hesitation whatsoever, the particular challenge that each respective missionary was struggling with and how to best encourage them to overcome their unique challenges.  It was an inspiring meeting never to be forgotten.  I still recall it as if it was yesterday.

That was the day when I first learned that Elder Thomas S. Monson was an inspired servant of the Lord.  What he did was not possible without divine inspiration.   We were sitting randomly in a row.  He had not met any of us previously.  He had other meetings before and after our brief encounter, and had a hundred other missionaries to meet on his tour.

That singular experience with a young Elder Thomas Monson in Africa has supported me through many callings of my own over the following years, including serving as a Stake President and Mission President.  I know and testify that these special witnesses are called by God to help build up the Kingdom of God on the Earth! Their counsel is inspired.  They know the challenges we face both individually and as a society.  Where we live is irrelevant.  Their love for us spans continents and oceans.  The rescue taught by Elder Monson for many years continues unabated.

As for me and my house, we love and miss President Monson, a true Prophet and Seer of the Lord!

My family lived there at the time. Do you recall meeting the Walker family? We were Americans living in Rhodesia.

Thanks for sharing this. What a beautiful, faith building experience! I can almost picture it and imagine what it would be like to be there. Thank you.